Each to their own but the former Ireland international will find a long, meandering line of folks ready to disagree with him.

It was recently pointed out by a gleeful Liverpool fan that the club had ended up getting in Alisson Becker, Virgil van Dijk and Andy Roberston for only £6m more than the £142m they got when Philippe Coutinho left for Barcelona.

Reds boss Jurgen Klopp spent big to get his defence and goalkeeping departments shored up, with Robertson being an astute and relatively cheap purchase.

END_OF_DOCUMENT_TOKEN_TO_BE_REPLACED

While Alisson gifted Manchester United a goal at the weekend, he has made big saves on frequent occasions and his range of passing is impressive. Robertson is perpetual motion itself and can push on even further if he improves of his deliveries into the box.

Van Dijk has been quickly taken to the heart of the Liverpool fans and, despite a few mistakes over the course of the season, has prevented a hell of a lot of goals and goal-scoring chances. His distribution is also crisp, he is an attacking threat and an imposing figure to marshall the Liverpool defence. 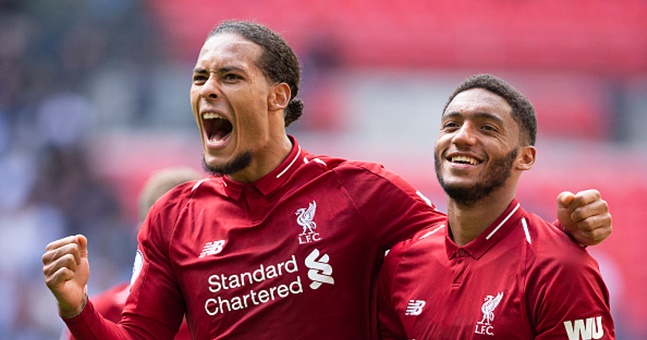 Van Dijk and Robertson were on top form as United were beaten 3-1 and run ragged at Anfield. While United boss lavished praise on the former Hull City defender, Kevin Kilbane was effusive in his praise of van Dijk.

END_OF_DOCUMENT_TOKEN_TO_BE_REPLACED

As part of their analysis of Liverpool versus United, Off the Ball host Joe Molloy spoke about the Dutchman as being a Rio Ferdinand type presence for the Reds. Kilbane went a couple of strides further.

"You know," Kilbane began, "he's probably going to make a mistake by being a too lethargic. That's probably going to happen with him and you can maybe accept it." The pundit went on to say van Dijk always seems to play as if he has an extra second on the ball and that 'everywhere the ball goes, he knows where'. He continued:

"His positional sense is incredible. His pace is something you don't necessarily see. He is rapid. He's like Ferdinand, he is.

END_OF_DOCUMENT_TOKEN_TO_BE_REPLACED

There was a deep breath from Kilbane before he made his claim. You could tell he knew he was sticking his neck out.

Kilbane has certainly brought the debate to the airwaves and away from social media, message boards and speculative pub chat. Let the games begin.