"Me and him used to room together, and he was a bit of a nightmare"

At Inter Milan, Robbie Keane was just a 21-year-old trying to make it.

Clarence Seedorf meanwhile, was a 25-year-old in the prime of his life. So when they were paired to room together at the Inter training ground, the seasoned professional was always going to be the boss.

Unfortunately for Keano, the Dutch man had a very peculiar set of habits that didn't really suit Robbie's lifestyle.

"He was a nightmare to room with," said the Dubliner with a laugh on Gary Lineker's Match of the Day podcast.

"We used to room together, he used to stay up so late while I had to be in bed before 12.00 always. He'd be there watching animation movies like the Lion King and this stuff until 1.30 or 2.00 in the morning.

"Then he'd go, 'cup of tea?' We'd go down to the kitchen for a cup of tea and a lemon cake. He would go straight to sleep after because he's used to it and I'd be wide awake just lying there with a lemon cake and caffeine in me!"

Every time I work out I think about what it will give me. It can be hard before, it is for sure during, but when I’m done I feel energized and strong with the spirit of The Indomitable Lions. P.s. @oficialrc3 will you come with me next time? 😉 #CS10

From there, Robbie went on to discuss one of his most disappointing moments in the game in that World Cup play-off loss to France in 2010. Credit to the 40-year-old, he has long forgiven Thierry Henry for the hand-ball but he still regrets that Ireland didn't qualify for the finals. 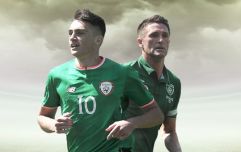 END_OF_DOCUMENT_TOKEN_TO_BE_REPLACED

"It was disappointing. We battered them in that game. As a team performance, I think it was the best game we've played. Playing in France, 1-0 down, then I scored and we had them on the ropes. We could have scored a couple more. It always seems to happen that the so-called smaller nations don't get the rub of the green."

"As a team performance, I think it was the best game we've played.

"I'm not one of these people that holds grudges. It's football"

Robbie Keane on that infamous night in Paris and how he's forgiven Thierry Henry ✋🇫🇷pic.twitter.com/EWcctdcnzf

"I've met him loads of times. I like Thierry, he's a good lad. I'm not one of these people that holds grudges. It's football. It's not a conversation I'd have with someone, I certainly don't have a problem with him. I'm just gutted that we didn't get there because we should have won that game..."

And as for his iconic celebration, Keane surprisingly revealed that he cringes at each viewing, and used tell the team analyst to cut the cartwheel out of the analysis sessions.

"It's not a very exciting story really. Just as a kid growing up, I was very skinny and I could do cartwheels, I could do flips. I was just messing about on the street with the lads. Then when I started playing football as a kid, one of the lads said to me one day, if you score on Saturday, do the cartwheel. I said okay. I ended up doing it with Wolves, I added a bit more to it, the run, the tumble and the finger guns. It's funny because I hate watching that. 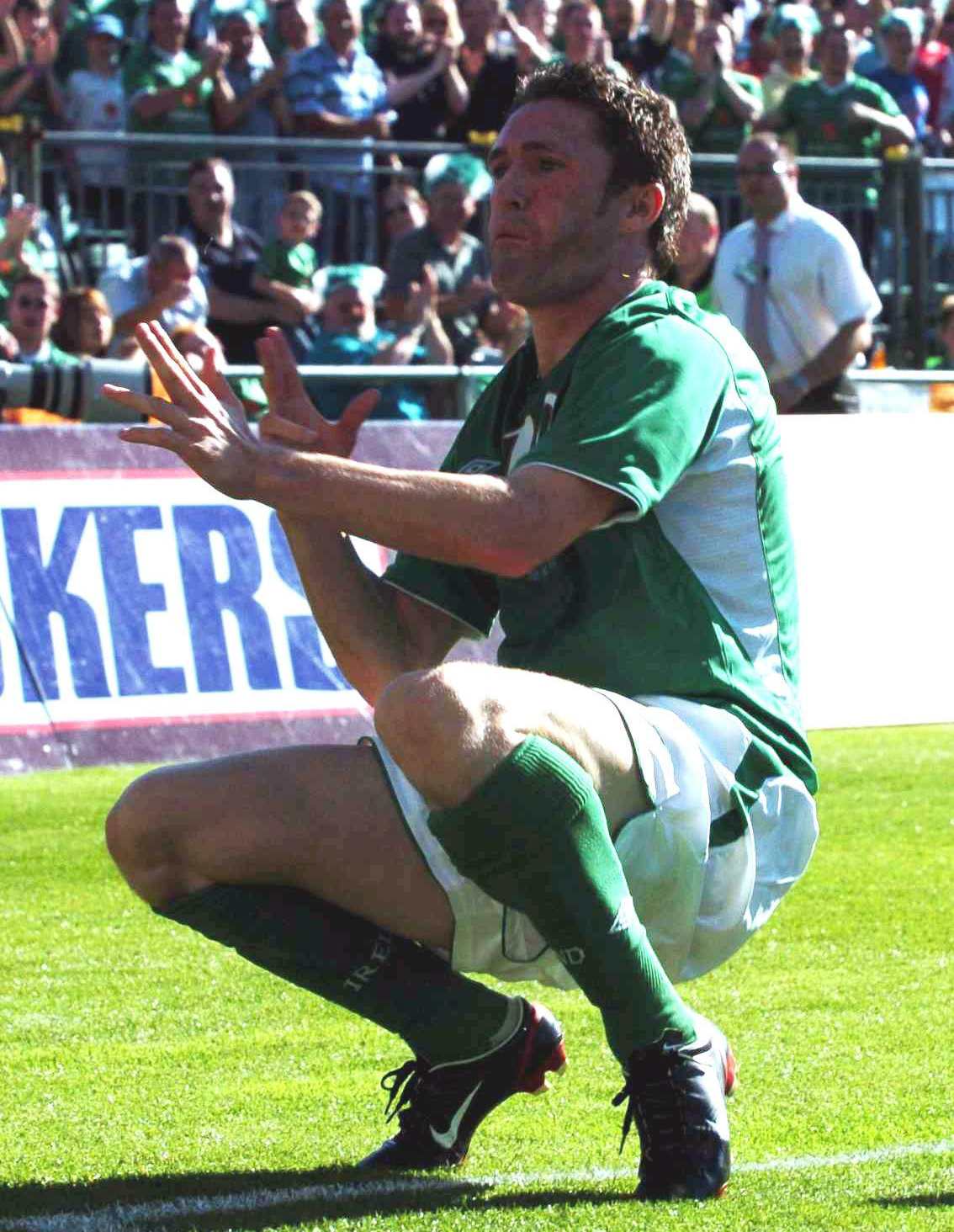 "I used to go into the analysis guy before and I'd tell him - take my celebration out, do not put my celebration in. I suppose it was just me, as soon as I scored, everything changed. Before I'd score, I'd be like I'm not going to do that, but as soon as you score, you just go off on a mad one..."

Listen to Keane's Match of the Day podcast with Gary Lineker here.

popular
Eric Dier calls Dele Alli on his tantrum in All Or Nothing changing room row
The Tipp minors who beat Dublin's golden generation: the ones that got away
The SportsJOE 12 o'clock quiz | Day 181
"I've always said I'll go back and play. I'll 100% play with Portlaoise again, and I really want to play for Laois"
QUIZ: How well do you know Dodgeball?
Anthony Stokes has Livingston contract terminated after Astro Turf struggles
QUIZ: Can you name the 5 Man United players in 15 seconds?
You may also like
1 year ago
Keane on Pochettino: How involved he is stood out to me more than anything
1 year ago
Robbie Keane: I've talked to Pochettino and he's impressed with Troy Parrott
1 year ago
Robbie Keane considering role with Middlesbrough
1 year ago
QUIZ: You have three minutes to name every club Robbie Keane has played for
1 year ago
Robbie Keane paid tribute to David Beckham during LA Galaxy statue unveiling
1 year ago
Damien Duff compares Marcus Rashford to Irish legend
Next Page