Unvaccinated players should have their salaries cut, says Fabio Capello

'He who doesn’t get the vaccine causes damage to society and should see his salary reduced.'

Fabio Capello has claimed that players who refuse to receive the coronavirus vaccine should have their salaries reduced.

The Italian government recently made the decision to make the Covid-19 vaccine compulsory for all athletes - both professional and amateur players - wanting to play outdoor team sports.

From January 10 onwards, all players in Italy will be required to be vaccinated as the county tightens its rules following the ongoing threat of the Omicron variant. 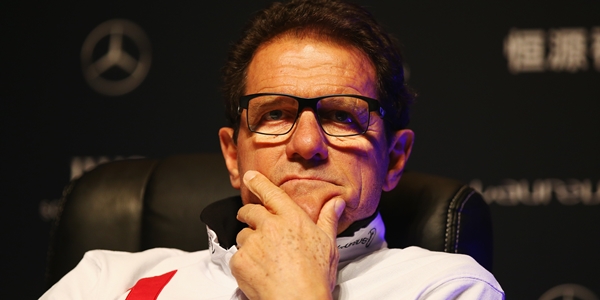 Up to 98 per cent of footballers in Serie A have already been vaccinated, as per La Gazzetta dello Sport, significantly higher than the Premier League's vaccination, which reportedly stands at 84%.

The former England manager has since stated that those who refuse to receive the vaccine should have their wages lowered.

"I can imagine the footballers’ sources," Capello told La Gazzetta dello Sport, as per Football Italia.

"Not getting the vaccine is an act of selfishness and if police officers are obliged to do so, I don’t see why footballers should be excluded (from sanction).

"He who doesn’t get the vaccine causes damage to society and should see his salary reduced."

With Serie A resuming on Thursday following a winter break, Capello believes that it is unlikely the season will be suspended - especially because vaccinations are now mandatory for players.

"I don’t think Serie A will stop," he added.

"Those who are vaccinated contract the virus in a lighter way and don’t take as long to recover.


popular
Sean Dyche set to be named Everton manager after Marcelo Bielsa talks break down
Roy Keane flatly rejects longstanding perception of ex-Man United midfielder Paul Ince
Allianz National Football League Round 1: All the action and talking points
Roy Keane leaves ITV pundits in stitches after Pep Guardiola's pre-match interview
Conor McGregor hit by car ‘at full speed’ while cycling
Quiz: Identify these 15 football clubs that are not named after a place
"I don't like to fill my time that way" - O'Hora going his own way in an era of obsessives and covering all bases
You may also like
5 months ago
Wexford's Festy Ebosele makes Serie A debut at San Siro, and goes in hard on Divock Origi
6 months ago
New AC Milan kit could be banned by Serie A due to new rule
8 months ago
Walter Mazzarri sacked by Cagliari, but has contract extended in bizarre renewal
9 months ago
José Mourinho confronts journalist during press conference
1 year ago
Serie A side set to sign St Pat's youngster as Jeff Hendrick reportedly heads for Newcastle exit
1 year ago
Referee faces 'lengthy suspension' after mistake in AC Milan match
Next Page