Unai Emery: Arsenal started to lose their competitiveness under Wenger

Arsenal manager Unai Emery has said that his club began to lose their way a little under former boss Arsene Wenger.

Emery succeeded Wenger at the start of last season and guided his side to Wednesday's Europa League final where they will play Premier League rivals Chelsea in Baku.

Emery said he feels like he's started to build things at the club but added that he wants players to mourn losses for longer than the first two hours after a defeat.

"At Arsenal, I have the feeling, for the first time, of winning to build, not to survive," he told El Mundo.

"I feel the respect towards me even when we lose, but I want that the defeats hurt more, because it is a step to improve competitively. I want the mourning to lose be greater than two hours.

"I do not promise titles, I promise to compete. What Wenger did in this club was very big. He managed to give a touch of quality to make the game more fluid and colorful, but little by little he lost the competitive gene.

"That is what was transmitted to me and what I was hired for when I interviewed Raúl Sanllehí [soccer director] and the owners.

"The economic potential of United, City or Liverpool is greater than ours, but by history, hobby and structure, Arsenal is among the top 10 clubs in Europe, and we have to place it there again." 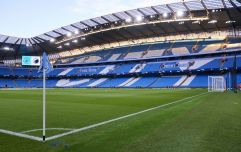 END_OF_DOCUMENT_TOKEN_TO_BE_REPLACED

Winning Wednesday's match against Chelsea will be a good start to getting Arsenal back to European football's top table but Emery noted that his side will have to do a good job at containing Eden Hazard if they are to do so.

The Belgian has been one of the Premier League's best since moving to London from Lille in 2012 and Emery rates the winger as one of the five best players on the planet.

"Hazard is a player of instants, but decisive instants. It is what we have to avoid. Chelsea is capable of winning thanks to them, and that ability I have only seen in Messi, Cristiano, Neymar or Salah.

"For me, it is in the quintet of the best in the world. The City, for example, has won its second Premier, but it has done more from the collective. It is a more choral team, like Tottenham, despite the contribution of Harry Kane and Son."


popular
Man United could be blocked from playing in the Champions League next season
Ireland team vs. France: Form players rewarded and a welcome return
French media's opinion of this Ireland team becomes clear as vital clash nears
Lionel Messi makes decision on Barcelona return
Clive Woodward happy to 'eat humble pie' after bold comments about Ireland
Eight players to watch in tonight's Sigerson Cup semi-finals
"I should have been more mature" - O'Sullivan's injury trail a cautionary tale for Sigerson casualties
You may also like
1 week ago
Sol Campbell pleads with Spurs fans to 'move on' from Arsenal transfer
1 week ago
Roy Keane leaves ITV pundits in stitches after Pep Guardiola's pre-match interview
2 weeks ago
Jamie Carragher and Gary Neville clash with Premier League predictions
2 weeks ago
Roy Keane gives his verdict on Mikel Arteta's touchline behaviour
2 weeks ago
Arsenal fans arrested in Uganda for celebrating Man United win
2 weeks ago
Roy Keane's threat to Cesc Fabregas about 'pizza incident' has panel in stitches
Next Page