Republic of Ireland U17 international Troy Parrott took a major step forward in his burgeoning career on Tuesday when he signed his first professional contract with Tottenham Hotspurs.

The 16-year-old starred for Ireland at the UEFA European Under-17 Championship in May and scored three goals in four games for his country before Colin O'Brien's side were cruelly dumped from the tournament's quarter-final stages after a 5-4 penalty shootout loss against the Netherlands in Chesterfield.

It was a harrowing loss for O'Brien and his side to endure but a good tournament for Parrott who has been hailed by Belvedere F.C. Director of Football Affairs Vincent Butler as 'the best prospect' to come out of Dublin since Ireland's all-time leading goalscorer Robbie Keane.

"But you just don't know in football what can happen but in my opinion he is probably the best prospect around for a number of years. I'd say since Robbie Keane perhaps.

"It's hard to say. I wouldn't like to put him up too high on a pedestal because sometimes it doesn't work out. They can be affected by it and anything can happen. There's injury, expectation, but we'd be quietly confident that he'll succeed."

The Keane comparison is notable given the amount of success the aforementioned enjoyed over his playing career but it is also worth noting that there was also once a point in time where Anthony Stokes and Darron Gibson were both on Manchester United's list of the five 15-year-old's they wanted the most from around the world.

At 16, Parrott has some ways to go before we find out what type of player he will ultimately become, but Butler highlights his performances at a youth tournament with Tottenham during the Easter period earlier this year as reason for optimism.

"The ultimate in football is scoring goals," added Butler.

"There was a DVD and he played for Spurs in a tournament during the Easter and he had only signed very recently for them because you had to be 16 before you could sign and go over to them.

"He was on transition year from school last year so he went over an awful lot of times to Spurs. They wanted him over and he wanted to go over for more or less work experience.

"He went to this U17 tournament and Spurs finished third. They were beaten in the semi-finals on penalties and they played a third place play-off with Juventus.

"They played five matches there and they scored 12 goals and he scored 10 of them. This DVD has little snippets of the goals but they're all very good goals.

"There's a variety in the way he scores them. There's some from outside the box, inside the six-yard box, headers, left-footed, right-footed and he didn't seem to miss anything.

"When he gets a bit older the opposition will get a bit stronger and a bit more experienced and physically a bit more mature.

"But last year, in the calendar year, which goes from September to the following August, he played for Ireland U15, Ireland U16 and Ireland U17 in the one year which not too many players do. That's exceptional." 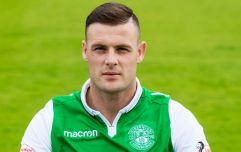 END_OF_DOCUMENT_TOKEN_TO_BE_REPLACED

Parrott is expected to go on to bigger and better things in football but his roots seem to be an inescapable part of his development.

The Spurs forward hails from Buckingham Street in Dublin's north inner city and he was raised in the same area as Ireland internationals Wes Hoolahan and Graham Burke.

Football is very much embedded in the culture of inner city Dublin and John Moore, a longtime coach at Belvedere, said that Parrott would have have many local role models in the area to garner inspiration from as a kid.

"Guys like Wes Hoolahan, Thomas Morgan, Stephen Elliott, all were born within a mile of each other in the north inner city.  He would have had great role models from the area to try and emulate.

Huge congratulations to Belvo boy @troyparrott9 who signed his first contract with Premier League Tottenham Hotspur yesterday. It’s been some journey since he joined us as a 9 year old and it’s only just beginning #GoodLuckTroy 🔵⚽️🏆🔥📝 @SpursOfficial @FAIreland pic.twitter.com/p5fI2w4kRu

"He would have seen the likes of Wes, who would still very much be involved with the club and would pop down to training when he's home, and he would have seen how well Wes was doing and the opportunities that are there if he applied himself.

"He certainly has some great role models at the club and in his area. A lot of the kids from his area would have fallen by the wayside with anti-social behaviour and that sort of stuff but Troy has a very strong family background and whenever he was down at the club he was never in any sort of trouble.

"People at his school were very good to him as well so between all of those parties there was a very good platform there for him."

Belvedere have had more than 200 kids that have represented Ireland at one level or another over the years with Wolves defender Matt Doherty the latest call up in the senior international team.

It's expected that Parrott may join him one day but for now he's just another golden talent making his way on a journey that could extend far beyond the golden mile.