In the end, Tottenham ended up keeping their powder dry and money in the bank.

Talk of transfers was always going to resurface ahead of Manchester United's Monday evening Premier League tie with Tottenham. With both clubs making summer enquiries about each other's players, there will be an added layer of intrigue at Old Trafford for the game.

END_OF_DOCUMENT_TOKEN_TO_BE_REPLACED

It was widely reported, after the summer transfer window closed earlier this month, that United had asked after Alderweireld but were put off by Tottenham's stalling tactics. Daniel Levy, their chairman, was notified, in May, that United had put together a '£55m package' for the Belgian but he was content to wait until after the World Cup.

Alderweireld only added to his value during the tournament in Russia but United were satisfied their offer to the 29-year-old would not be matched. Tottenham played the waiting game until the clock ran down and they were left with Aldeweireld, who is now out on contract in June 2019. 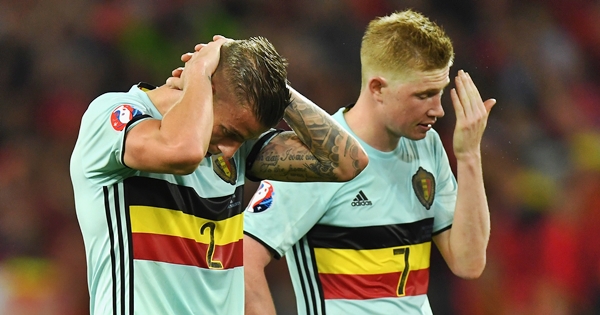 Spurs went into the summer, according to Manchester Evening News, hoping to sell on the likes of Vincent Janssen, Fernando Llorente, Mousa Dembele, Moussa Sissoko and Danny Rose. If they were able to shift two or three for a decent price, Mauricio Pochettino would be given some money to play with. The club's other big undertaking was pay increases for top stars like Harry Kane and Dele Alli.

END_OF_DOCUMENT_TOKEN_TO_BE_REPLACED

Levy and United chief executive Ed Woodward did have a conversation during the summer, it has been reported, and it was more a case of Tottenham making enquiries after United players than the other way around.

It was known that Levy asked if United were either willing to loan or sell Anthony Martial to them. It now transpires that Tottenham were also keen on United midfielder Juan Mata.

Both advances were rebuffed while there was not much movement on the possible Alderweireld deal. One possibility could have been swapping Martial and Aldeweireld but, despite a counter argument from Jose Mourinho, the United board were not in favour of that.

And so we were left with Martial and Mata staying at Old Trafford with Alderweireld and Rose remaining with the Tottenham squad. Keep an eye out for wistful glances during this game.