Lloris won't want to watch this one back.

Football fans from all over take a collective sigh of relief and the murmers of "thank Christ the international break is over" are echoed throughout living rooms up and down the country.

The North London derby kicked things off and it was everything we wanted it to be. Goals, blunders, red cards - the works!

Arsenal continued their fantastic start to the season and got off to a flyer against Tottenham when Thomas Partey curled in a beauty that had more curves than a race track. 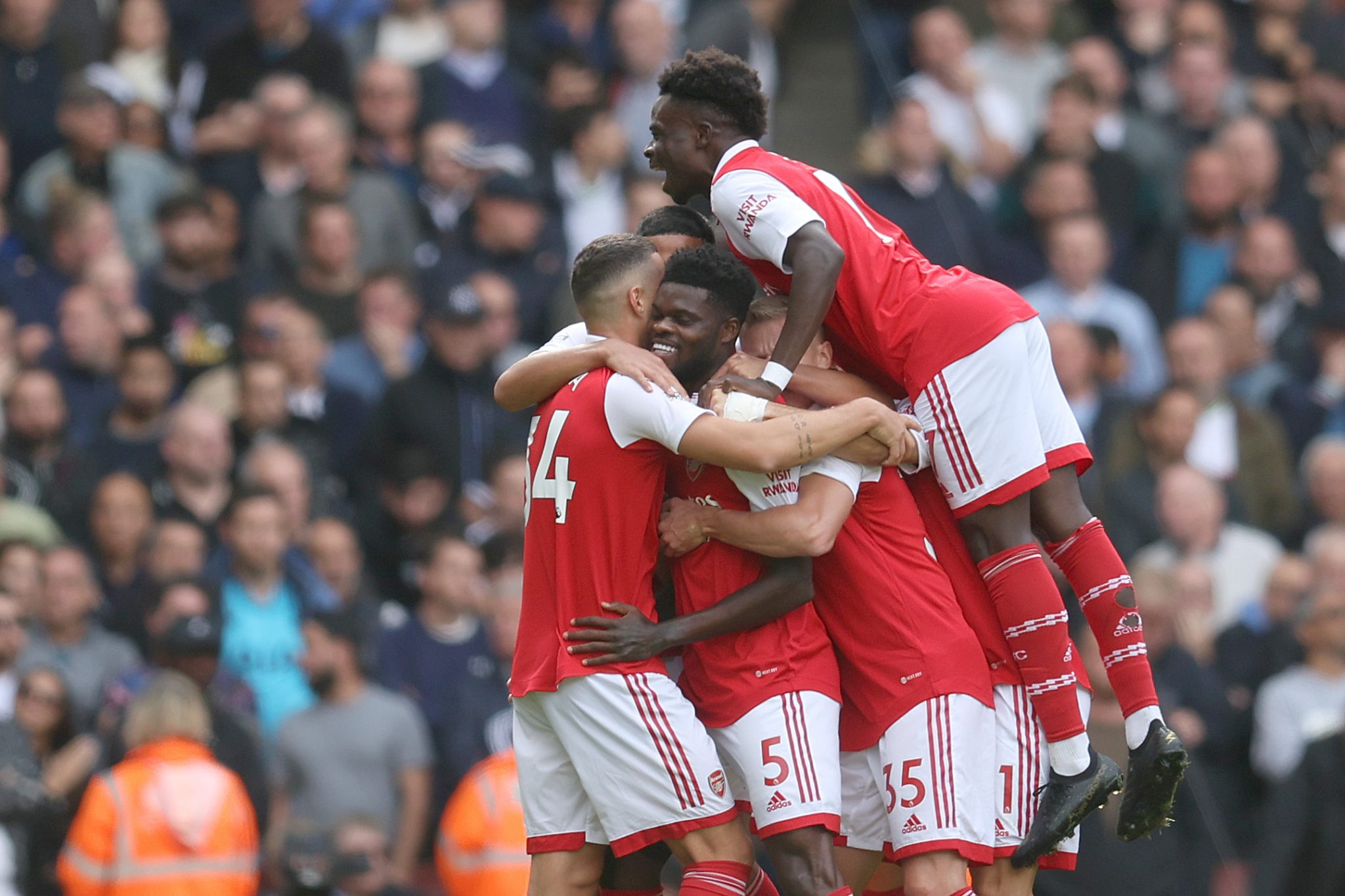 END_OF_DOCUMENT_TOKEN_TO_BE_REPLACED

In typical Antonio Conte style however, Spurs dug in their heels, sat back, let Arsenal attack and then pounced on the counter.

Their opportunity came when Richarlison was brought down in the box and Harry Kane slotted home the consequent penalty, his 100th away in the Premier League.

The second half started in the same vain as the first, with the Gooners bursting out of the blocks and a Hugo Lloris howler resulted in a Gabriel Jesus goal.

It may be scrappy but a goal is a goal...

Gabriel Jesus nets his first goal in a north London derby to put Arsenal in the lead!! ❤️ pic.twitter.com/8z8EqtRxBF

The French goalkeeper looked to have cushioned Bukayo Saka's effort, only for it to slip under him and fall into the feet of Jesus, who bobbled it home.

END_OF_DOCUMENT_TOKEN_TO_BE_REPLACED

If misery loves company then Lloris most have loved his teammate Emerson Royal, who saw a straight red for this challenge on Martinelli.

Although there was no real intent in it, it was a silly challenge, with studs showing, and now down to 10 men, Arsenal just ran riot.

Tensions flare in north London as things go from bad to worse for Tottenham...

Emerson Royal sees a straight red for this challenge on Martinelli! 😲 pic.twitter.com/rXz1AVLgDx

Mikel Arteta's team put the foot on the neck of Spurs and never let go, and Granit Xhaka put the final nail in the coffin when he slotting home a beautifully worked team-goal.

Conte's next decision tells you everything you need to know as he made four substitutes straight away, and the fact that he took off Son and Richarlison, probably highlights where his priorities where at that stage. 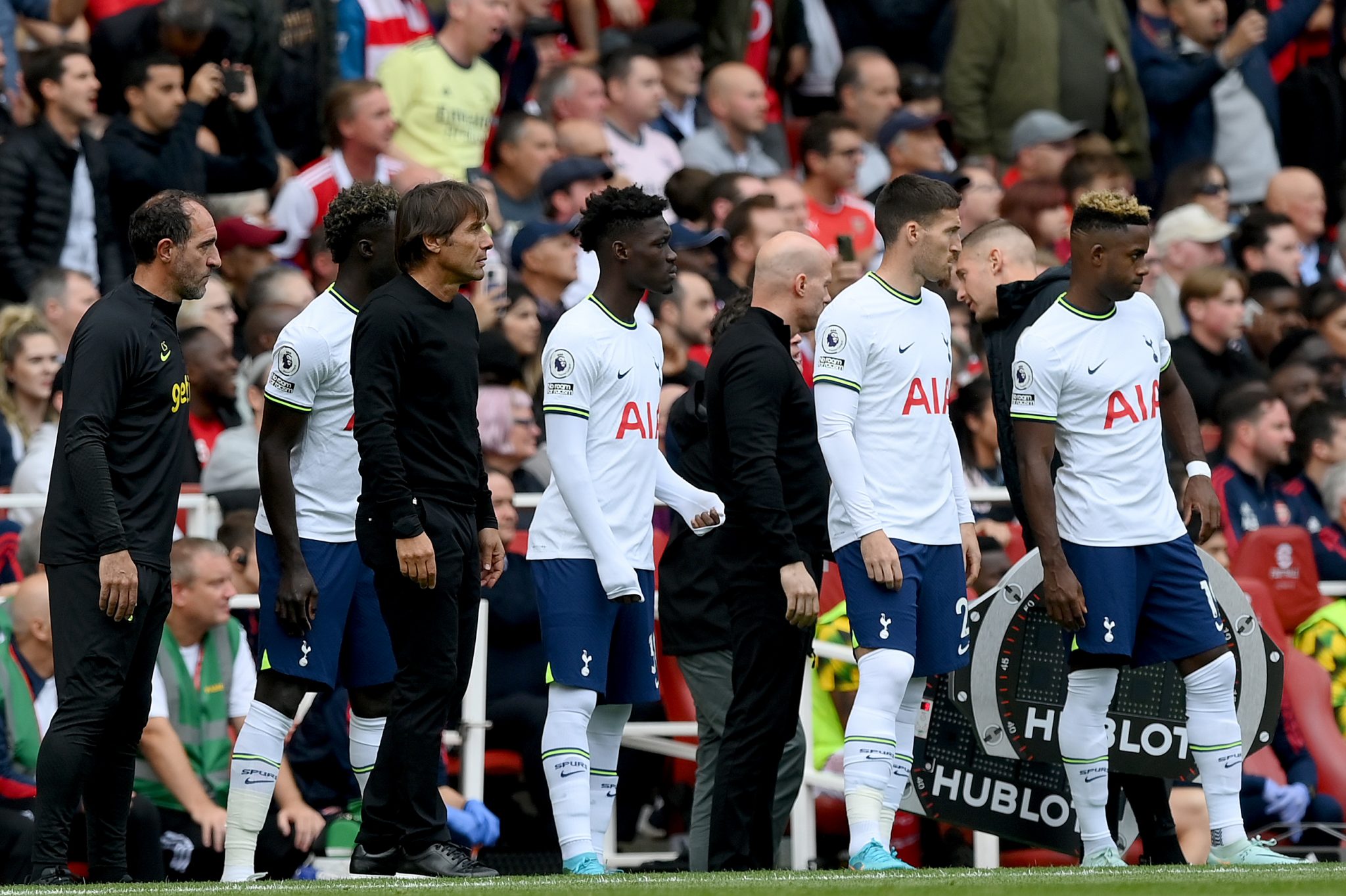 With the embarrassment fully complete, The Emirates was full of 'ole' chants, and ironic cheers as the home side passed their opposition to death.

So the recent run of form that Tottenham had been on may have been papering over the cracks as they implode in the most typical Spursey way.

You may also like
1 month ago
"That was a little bit over the top" - Lee Dixon on Ben White's interview after Southampton draw
1 month ago
Paul Merson claims that Aston Villa were wrong to sack Steven Gerrard
1 month ago
"Roy Keane was my dream player to play against... he wasn't a clever player" - David Hillier
1 month ago
FA reviewing incident involving Arsenal and Liverpool players after clash
1 month ago
Arsenal fans won't be happy with Jurgen Klopp's Gabriel Jesus comment
1 month ago
Thierry Henry once humiliated teammates in training just to prove a point
Next Page