Tony Bellew has claimed that Mohamed Salah shouldn't have left the pitch after his tangle with Sergio Ramos.

Bellew suggested that Salah's shoulder injury wasn't serious enough to force him out of the Champions League final in Kiev.

Salah left the game in tears after a tussle with Sergio Ramos saw the Liverpool forward driven into the ground shoulder first and the Reds were forced to play an hour without their talisman.

Real Madrid came out on top by a scoreline of 3-1 but Bellew, who is a die-hard Everton supporter, has insisted that Salah should have simply played through the pain to give his side the best chance of winning.

"It’s unbelievable Vasyl Lomachenko tore his shoulder against Jorge Linares and continued fighting for another eight rounds," Bellew wrote in his Metro column.

"Mohamed Salah got a bruise on his shoulder and went off in the biggest game of his life."

"That’s no disrespect to Salah, he’s been the best player in the world this year. He should win the Ballon D’Or. But ultimately, when you’re going into the biggest game of your life the only way you should be coming off that pitch is on a stretcher.

"Strap it up, stick a needle in it, some painkillers – do whatever needs to be done because if Salah stays on that pitch Liverpool have a 25 per cent more chance of winning that game." 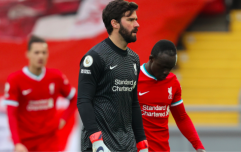 END_OF_DOCUMENT_TOKEN_TO_BE_REPLACED

"They were on the front foot at the start of the game," Bellew continued. "They looked like they were going to win it. For being such a fantastic team, when Salah went off they didn’t look like one.

"They were guys who didn’t know what their roles were or what they were doing. When Salah was on the pitch they looked threatening."