The final kicks off at 4pm.

France take on Croatia in thr 2018 World Cup final today at 4pm. France are strong favourites to lift thr trophy, but it will by no means be an easy game. Croatia have shown the quality and resilience to come through three knockout rounds, two on penalties and one in extra time.

France boss Dider Deschamps has stuck with the same XI that beat Belgium in the previous round:

Matuidi will play on the left of the midfield, tracking back while Griezmann stays forward, in a system that can fluently switch between 4-3-3 and 4-2-3-1, with Mbappé on the right wing. 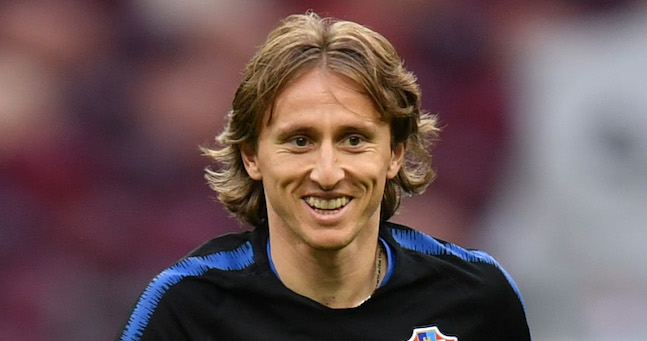 Croatia manager Zlatko Dalić has also selected the same team that beat England in the semi-final.

The underdogs line up with the following XI:

Croatia will line up in a 4-3-3 formation, as opposed to the variations of 4-2-3-1 that Dalić used earlier on in the tournament, with Brozović providing the defensive security that will allow Modrić and Rakitić to get forward.


popular
Shane Walsh: 'That's not how I was coached to play football. No one was coached to play football that way'
Spicy Donegal semi-final the highlight of a rip-roaring weekend of GAA on the tv
"Ah, come on!" - Richie Sadlier and Didi Hamann couldn't even agree to disagree on Griezmann's red
Seven exciting Ireland prospects pushing for November squad inclusion
Derry club win county final factfile games with extravagant set of jobs
"Where Johnny Sexton is so important to us now is being able to pass the baton"
Luiz Felipe in tears after bizarre red card after full-time whistle
You may also like
3 years ago
Gareth Southgate offers classy response when asked about Declan Rice
3 years ago
Toni Kroos responds strongly to Mesut Ozil claims of racism in German camp
3 years ago
Benjamin Mendy responds to Pep Guardiola's comments on his social media use
3 years ago
Everton on brink of signing Yerry Mina from Barcelona
3 years ago
Jose Mourinho explains why Paul Pogba plays better for France than he does for Man United
3 years ago
Thierry Henry 'verbally agrees' to become new Aston Villa manager
Next Page