Where he went wrong was what he was doing with those players he put out.

Things like selecting Alan Browne and Jeff Hendrick to be the attacking intent wide on the right but to, most importantly, be an extra body to block up the central channel when Ireland didn't have the ball - and Ireland usually didn't have the ball.

Things like selecting four central midfielders in the must-win match against Denmark with McClean on the left and poor David McGoldrick a spectator up top.

You haven't done too much to the 11 but you've shifted them up the pitch and gave them impetus. You've changed the approach. 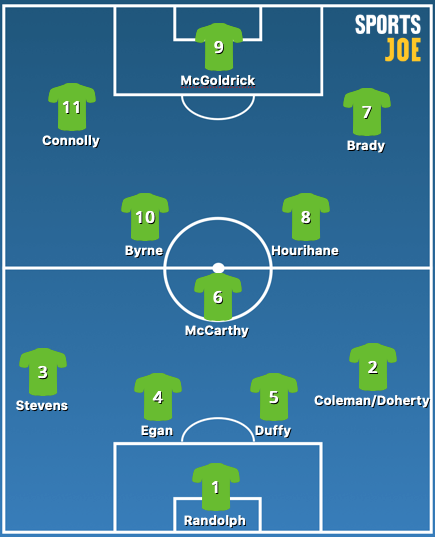 Callum Robinson, Adam Idah, Molumby, Parrott. They're all coming in behind that.

But, whilst it's tempting at the start of a new era to fantasise about ripping up the floor boards and plucking names from everywhere that haven't yet been given a chance, there's a lot that hasn't been tried or tested with the current crop and that's what Stephen Kenny can bring.

He said as much during his first press conference when he brought up Robbie Brady, unprompted. In 2016, we were at a stage where Brady - all in the space of months - had played left back, central midfield and wide for Ireland and he was the most important player wherever he was picked.

Suddenly, for some reason, his stock plummeted and he hasn't been thought of that same way.

"It's difficult to know why someone like Robbie Brady three years ago was probably our most creative player and now at times hasn't got into the 22," Kenny said.

"So, how has that happened? I think my job is to try and unlock the potential of the whole team and find out the best way of doing it." 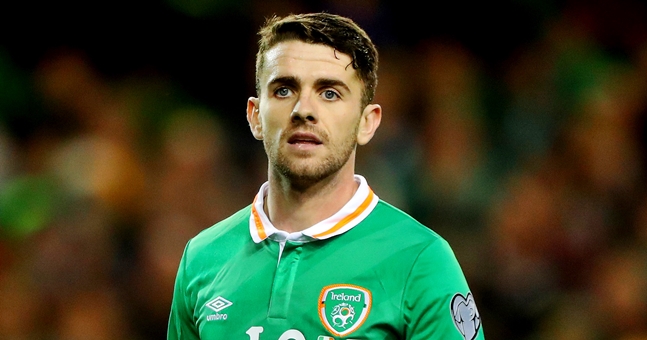 That's the most exciting thing about the new Republic of Ireland senior manager. He's going to judge players for himself based on what he can use them for.

Remember the fate of who played on our team used to rest on the judgement of someone like Alex Neil in England? 'If he's not picking him, how could we?' That sort of rubbish. Stephen Kenny will be actively looking at players himself and thinking about what they have or could have that he could use - imagine that.

Aaron Connolly is the perfect example. He was rushed in to the Ireland squad - after months of people knowing he was good enough - but only after he scored two goals against Spurs. So he was only considered when he finally got to a level way above playing against Georgia. When the reality is that he was the exact same player with the same talent and qualities a day before he scored two goals against Tottenham.

So when he looks at the team as it is now, he looks at it for how it could be so much more than what it already is.

Just look at how he talks about centre half John Egan.

"I think we've got a lot of quality within our senior squad at the moment," he said upon his appointment this week.

"I think our back four has been very consistent and I think the addition of John Egan into the back four changes the dynamic of the back four. Rather than have two traditional number 5s, I think that changes everything with how you play.

"We have a lot of talented players."

Now Ireland have a manager who's thinking about how to win games, not just hang in there and see what happens.

popular
The SportsJOE 12 o'clock quiz | Day 291
Roy Keane story shows the power he had at Manchester United
Three players locked in Ireland jerseys after Thomond Park trial
McGregor admits shout from Dustin Poirier's corner got inside his head
Jolie Poirier certainly let her voice be heard after her husband's win over McGregor
How Declan Rice pursuit contributed to Frank Lampard's Chelsea sacking
McGregor's first words to Poirier after defeat show where the damage was done
You may also like
2 hours ago
Middlesbrough player left bleeding after kick to head, somehow denied penalty
3 hours ago
How Declan Rice pursuit contributed to Frank Lampard's Chelsea sacking
5 hours ago
Lampard will always be a Chelsea legend, it was just too much too soon
6 hours ago
Ireland's best XV to face Wales after 2021 Six Nations squad calls
7 hours ago
John Cooney the latest Ulster face not to fit in Ireland's set-up
8 hours ago
Abramovich pens heartfelt statement on Frank Lampard sacking
Next Page