The best way to spread Christmas cheer is to score a dramatic late equaliser against the world champions on your 100th cap, just after being handed the captain's armband

Merry Christmas Eve... Eve. We're down to our last three Yuletide photoshops of the year. We kick off our trio of Christmassy edits with a former Manchester United defender had probably the best game of his career against the mighty Germans earlier this year.

The star of today's photoshop had to go on an incredibly long journey to get here. He passed through the seven levels of the Candy Cane forest, through the sea of swirly twirly gum drops, and then walked through the Lincoln Tunnel. He also nutmegged Luis Figo somewhere along the way.

It is, of course, Paddy McGuinness... eh, I mean John O'Shea aka Buddy the Elf. 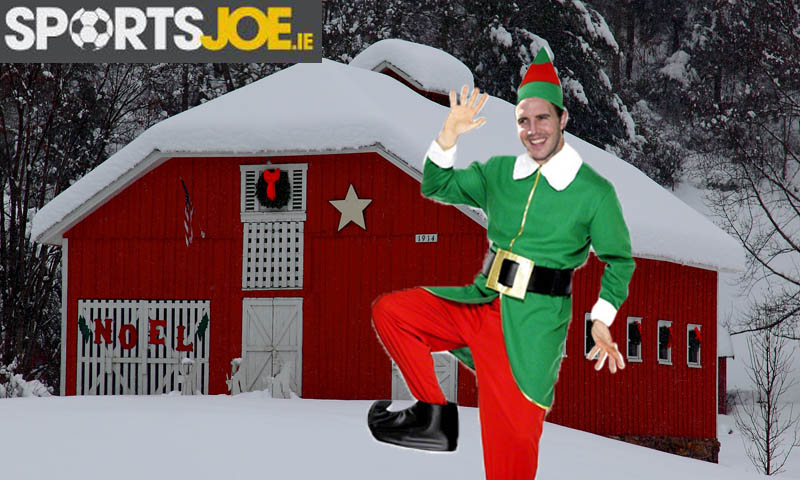 
popular
Former England Under-21 captain open to playing for Ireland
The four stone-cold certainties for All-Stars even as early as this
Romelu Lukaku was upset by Thomas Tuchel's 'daddy' joke about Antonio Conte
Kylian Mbappe reportedly wants PSG to sell Neymar
Eamon McGee just couldn't help himself with Armagh-melee tweet
"He's actually smiling putting the ball over the bar. He should nearly be fainting." - Ryall on Limerick's legacy
"The economy was one of the big reasons" - Cadogan's move from an electrician to personal training
You may also like
4 years ago
David Pocock shares class post-match dressing room picture with Conor Murray
4 years ago
Ian Madigan brilliantly shuts down Twitter user who was complaining about female referees
4 years ago
Sean O'Brien plays very funny prank on shop assistant in Kilkenny
4 years ago
Sean O'Brien not impressed with Kearney brothers being referred to as 'famous farm boys'
4 years ago
WATCH: Andy Gray, bless him, got himself a bit muddled while talking about Tony Blair
4 years ago
Limerick manager receives best excuse to miss training we've seen in a long time
Next Page