There are debates and then there are the most divisive topics in Irish sport being argued by the most opinionated personalties in Irish media.

On November 28, SportsJOE is bringing you The Great Debate. Three different sports, three different discussion points and you decide the winner.

Across GAA, rugby and football, some of the biggest names in sports media will battle it out to finally settle the most pressing matters.

The personalties putting forward the debate:

And more to be announced.

Brolly and Wooly are two of the most influential GAA pundits with two very different viewpoints when it comes to the perceived advantage afforded to the Dublin senior football team. 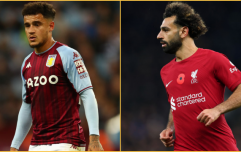 END_OF_DOCUMENT_TOKEN_TO_BE_REPLACED

Ewan MacKenna has been one of the most divisive journalists in rugby whilst Eddie O'Sullivan's straight-talking on live television coverage earned him plaudits and critics alike.

Dion Fanning and Ken Early are two of the foremost football journalists in the UK and Ireland and VAR isn't just the foremost topic in football right now, it's the only one.

On Thursday 28 November, the pundits will come face to face to debate the matter and you will decide who wins. The event will take place in The Mansion House in Dublin with tickets limited and already being snapped up so don't miss out and get yours below.

GET YOUR TICKETS HERE.


popular
Sean Dyche set to be named Everton manager after Marcelo Bielsa talks break down
Roy Keane flatly rejects longstanding perception of ex-Man United midfielder Paul Ince
Allianz National Football League Round 1: All the action and talking points
Conor McGregor hit by car ‘at full speed’ while cycling
Roy Keane leaves ITV pundits in stitches after Pep Guardiola's pre-match interview
Quiz: Identify these 15 football clubs that are not named after a place
"I don't like to fill my time that way" - O'Hora going his own way in an era of obsessives and covering all bases
You may also like
1 week ago
The SportsJOE Friday Pub Quiz: Week 7
1 month ago
The best St Stephen's Day special five-team accumulator as the Premier League returns
1 month ago
Five most memorable moments of the 2022 World Cup
1 month ago
The best five-fold Bet Builder for France vs Morocco
1 month ago
COMPETITION: Take our quick and simple survey to WIN a €250 One4All voucher
3 months ago
Taking on the Dublin City Marathon? Here are 4 top training tips to help you prepare for the run
Next Page