Is Solskjaer the right man to lead Manchester United?

It's July 2018. Manchester United are touring the USA competing in pre-season friendlies.

For several weeks, then-manager Jose Mourinho proclaims in several press conferences his views on the team and the board/club - whether it be about Paul Pogba following his World Cup triumph, his absent first-team players, Antonio Valencia's delayed leave or the board's transfer decisions. The Portuguese coach insisted on new defenders to bolster central defense but none arrived.

The summer months pretty much set the tone for Jose and Man United in the months to follow. His side would go on to collect a meagre 26 points in 17 Premier League games culminating in his sack on 18th December 2018 following a harrowing 3-1 loss to arch-rivals Liverpool. The team were in a bad way, trailing Arsenal by eight points in sixth place.

As the dust kicked up by the #MourinhoOut camp began to settle, talk shifted to finding suitable replacements to take over the creaking ship. Max Allegri, Zinedine Zidane, Mauricio Pochettino were some of the fancy names being banded about and in the meantime, the team would be stewarded by former player and club legend Ole Gunnar Solskjær.

Having won six PL titles and scored 91 goals in 235 appearances, including the famous winner against Bayern Munich in the 1999 UEFA Champions League final, Ole turned to management following retirement after hanging up his boots in 2007.

After working alongside Sir Alex Ferguson, coaching ManUtd's first-team strikers and overseeing their B team, his big break came at Molde in the Norwegian first division.

Things worked out well for Ole as he led his side to their first-ever league title in their 100-year history in his debut season no less. The following season was more of the same as Molde retained their title.

His first stint in the Premier League arrived with Cardiff City in 2014 who at the time was languishing a point above the relegation zone and unfortunately ended up being relegated after finishing 20th at the end of the season.

And now, he had the unenviable task of carrying his beloved former side and deposit them gently into the hands of some soon to be appointed coach. Except, no new coach arrived. And here's why.

As of March 2nd, 2019, United had risen from a dismal sixth place to fourth place with 58 points to their name after Mourinho only three months prior claimed they would need a 'miracle' to finish in the top four. And the man behind this prodigious feat? Ole. Gunnar. Solskjær.

In the six weeks that Ole's been at the wheel:

END_OF_DOCUMENT_TOKEN_TO_BE_REPLACED

In an incredible three month run, Solskjær transformed his side into a powerhouse, smashing past the proverbial glass window to record a scorching run of 10 wins out of 13 in the Premier League and 14 in 19 overall including a sensational comeback win against Paris Saint Germain in the Champions League Round of 16.

Such was the fanfare around him that Pogba was playing as a man renewed, chants of "Ole, Ole" rang loud at every home game and Ed Woodward and co promptly scrapped all the aforementioned managerial candidates to confidently hand the Norwegian a three-year contract. From interim to permanent head coach in only three months.

Now, if you think this post was written with the intention to solely aggrandise Solskjaer, you're sadly mistaken, dear reader. Because since those fanciful days in early March, Manchester United have been left scrambling for adjectives to describe their woeful performances and form.

In the six months since that remarkable victory against PSG, United have endured a sequence of 10 losses in 19 games with just five victories to their name. Their poor form late last season have sidelined them from the Champions League for the fourth time in five years. And this season's form offers little comfort, especially in the aftermath of the humiliating loss to West Ham. United have played six games and have two wins and a miserly 8 points to show for it, a massive 10 points behind leaders Liverpool.

END_OF_DOCUMENT_TOKEN_TO_BE_REPLACED

Additionally, they are yet to notch a victory away from home since that night at the Parc de Prince in the Spring.

To add further insult to injury, United's front line already depleted by the departures of Lukaku and Sanchez in the summer now have to face the prospect of facing Rochdale on Wednesday night and Arsenal on the weekend frontlined by two teenagers in Mason Greenwood and Tahith Chong following Rashford's recent injury.

And here's where the crucial question comes in - with all due respect, was Solskjaer the right man to lead this transitioning team?

People consistently rain on Woodward and the Glazers for a lot of United's recent malaise and perhaps rightly so but why does Ole get a pass? Does being a legend exonerate one from any criticism?

"I have 100 per cent faith in Ole Gunnar Solksjaer, but he needs backing and this performance was rancid.

I would imagine the more Ole Gunnar Solksjaer sees these players, he will be losing faith in them."

Wasn't this Ole's team? Wasn't he at the proverbial wheel?

END_OF_DOCUMENT_TOKEN_TO_BE_REPLACED

Here's the hard pill to swallow; will Ole's legendary status get ManUtd back into title contention or his managerial ability? Might I also encourage you to swap out the name Solskjaer and pop in any other manager and allow yourself to gauge your reaction to the current climate at this magnificent club. 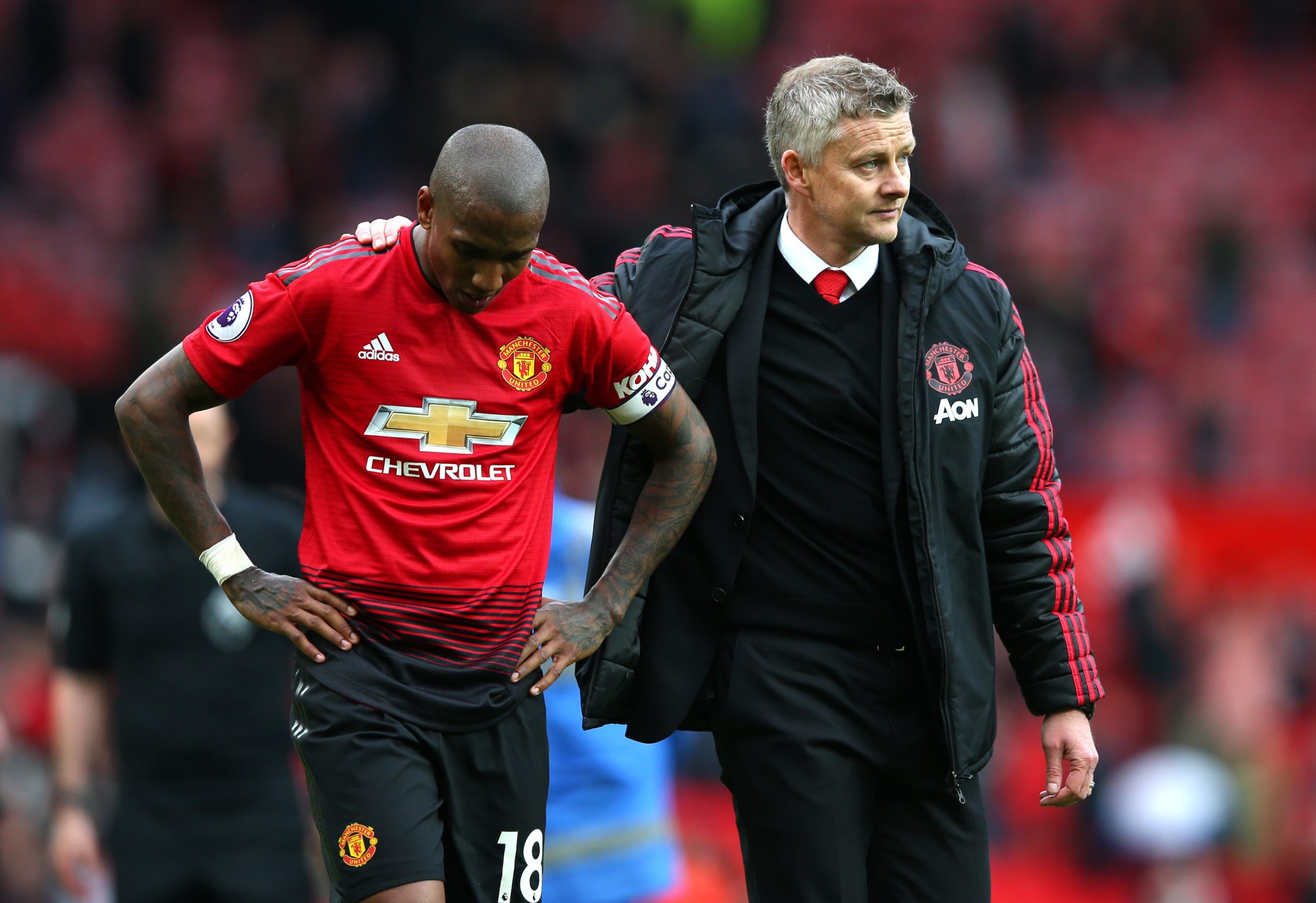 For Woodward, it was understandable as to why he handed Ole the permanent contract; given the fans' adoration for him and the high flying results, it certainly seemed like the right thing to do at the time. Any other decision would've made him look bad. Now, just months later, firing him would cast him in a poor light as well.

It would be unfair to cast all blame on Ole of course, as this squad with due respect is far from the legendary sides of Fergie's era.

I also understand that there will certainly be United fans reading this shaking their heads in total disagreement. And that's fair enough. But examining past attempts at club legends returning to coach their former teams offers up a bleak repertoire of success. Kenny Dalglish, Alan Shearer, Alfredo Di Stefano, Tony Adams, Sir Bobby Charlton, Marco Van Basten and several others have tried and failed.

Let's be clear though - Ole could very well stay, bring in some quality additions to the squad and restore this team to the glory that used to accompany this badge so frequently back when he was playing, but he also might fail. And that's a thought that the fans and Woodward and co have to process.

At the end of the day, the club is always bigger than any player or manager and based on what we're seeing right now and with all due respect, Ole Gunnar Solskjær might be getting too much of pass than his fair due and Manchester United deserve better.

You may also like
3 months ago
Four features of Mason Greenwood's goal vs Watford that shows he is going to the very top
3 months ago
Carragher pushes all the right buttons and Keane delivers in gold
3 months ago
Harry Gregg: the goalkeeper who saved a family
3 months ago
Three players Solskjaer wants compared to three Man United are after
3 months ago
Nigeria watches on as Odion Ighalo's Man United dream begins
3 weeks ago
The SportsJOE 12 o'clock quiz | Day 45
Next Page