There are some guys who just help form part of the winning formula. 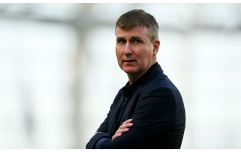 END_OF_DOCUMENT_TOKEN_TO_BE_REPLACED

Another cracking weekend of Premier League action is gone, another tasty one incoming. 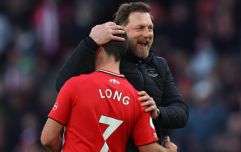 END_OF_DOCUMENT_TOKEN_TO_BE_REPLACED

The race for the wooden spoon. The Premier League's two basement clubs holding the rest of the league aloft and handing out early Christmas presents with their -18 goal difference after just 13 games. 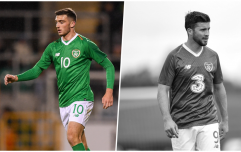 Parrott in, no room for Long as Ireland squad for Denmark named

END_OF_DOCUMENT_TOKEN_TO_BE_REPLACED

Here's a stat for you. Southampton have picked up nine points so far this season - one more than Watford. Shane Long has only been involved in five games. But they've accumulated five points in that time.

Granted, the Tipp man has only started once and was used very late against Sheffield United but stats are stats. He got 17 minutes against Arsenal, coming on for Danny Ings. Saturday could be a chance for him to stake a claim for Ralph Hasenhuttl's  affection.

There have been a lot of must-win games for Unai Emery in recent weeks. Although he's survived the failures of those, you'd have to think that they don't come as must-win as they do on Sunday. Norwich are surprisingly third from bottom despite looking like cannon-fodder most of the season. A win away to Everton on Saturday was their first since their shock Man City win over two months ago but they haven't looked convincing.

Mind you, neither have Arsenal.

Alexandre Lacazette is actually their most consistent performer (according to average ratings) but he isn't a guaranteed starter, not with Aubameyang banging in eight goals thus far. It was Lacazette though who rescued them in the 95th minute with an equaliser against Southampton and maybe, just maybe, that will help buy Emery another week. And, listen, Norwich - the kindest team in the league who will let you play until your heart's content - will suit Arsenal down to the ground.

Brendan Rodgers is a brilliant manager. Accept it. Marco Silva is a dead man walking.

Leicester are second in the table behind Liverpool. They have the best defensive record in the league and they have a goal difference equivalent to Manchester bloody City.

This isn't a good run or a solid team grinding out results. It isn't 2016 Leicester. It's a convincing juggernaut which has established itself as one of the best teams in the league. Ominous for Silva.


popular
Rangers legend says he and Roy Keane didn't speak during Man United spell
The coolest customer in hand-ball hoping to carry on the family tradition for Kilkenny
Oli McBurnie: Police investigating video of alleged 'stamp' on Nottingham Forest fan
Josh van der Flier and Sam Monaghan win big at Irish rugby awards
Rhodri Giggs accuses Gary Neville of hypocrisy over Salford sacking
"I think there are only five Kilkenny players who are guaranteed to start on any given day" - Cody's motivational methods
FootballJOE's Career Path Quiz: #6
You may also like
1 year ago
Shane Long: The one that got away from Tipperary hurling
3 years ago
Shane Long's hot streak continues with another goal against Bournemouth
3 years ago
Shane Long is refreshingly honest about standing at Southampton as he enters final year of contract
3 years ago
Shane Long had no idea he broke record with seven-second goal
3 years ago
Shane Long has scored the fastest goal in Premier League history
3 years ago
Shane Long pulls out of Ireland squad with injury ahead of opening Euro 2020 qualifiers
Next Page