'I will do what they want. We will see soon.'

Liverpool forward Sadio Mane has claimed that he 'will do what the Senegalese people want' when deciding his future.

The Senegal international has just 12 months left on his current deal at Anfield and has emerged as a summer transfer target for Bundesliga giants Bayern Munich - who are set to offer him a three-year contract.

END_OF_DOCUMENT_TOKEN_TO_BE_REPLACED

Prior to the Champions League final in Paris, the 30-year-old said that he would decide his future after the defeat to Real Madrid. Despite not making a comment after last week's final, Mane has now broken his silence at a press conference ahead of Senegal's African Cup of Nations qualifier against Benin. 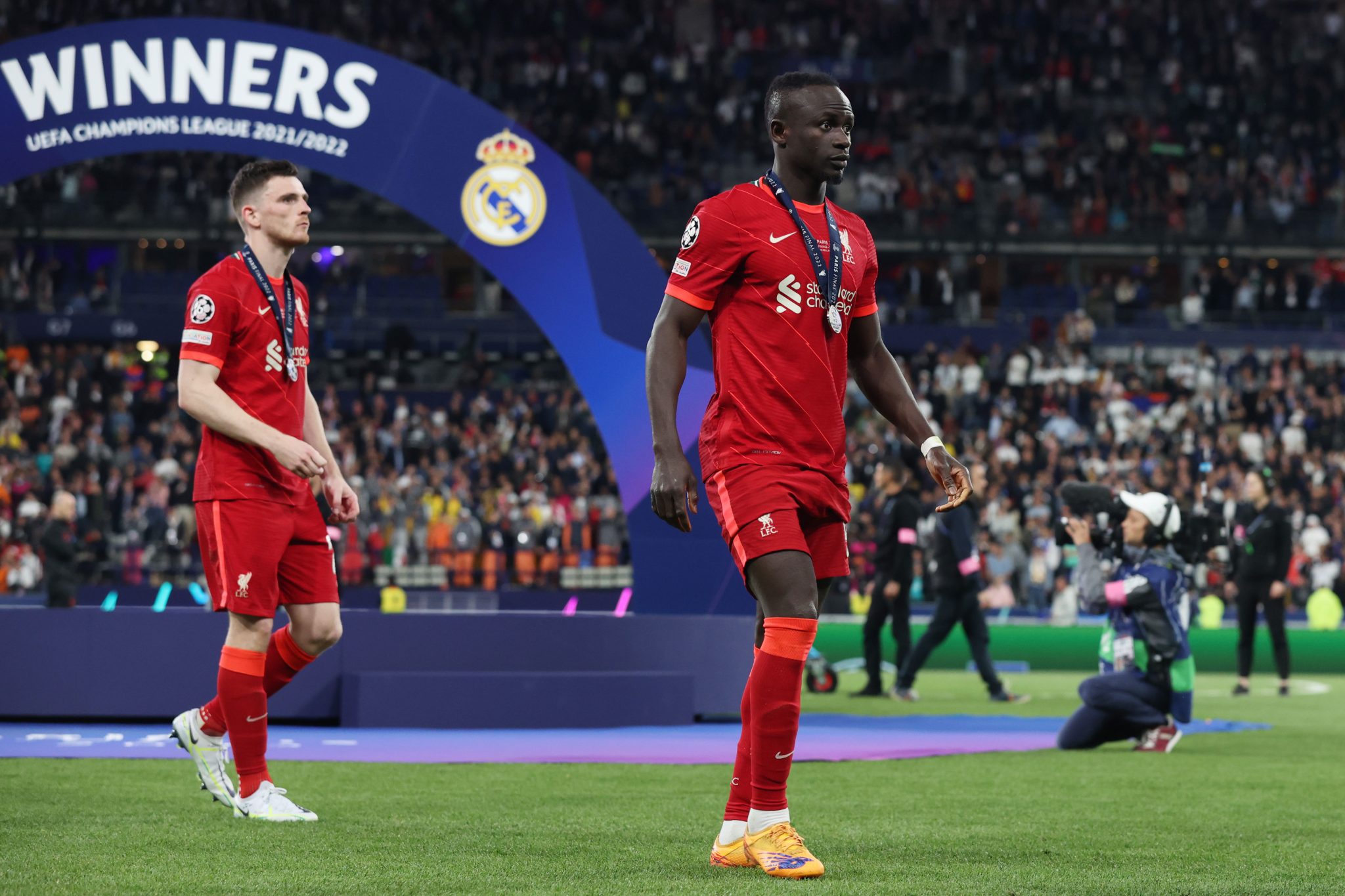 Mane speaks about his future at Senegal press conference.

When asked for his response to a poll about his future and said: "Like everyone else, I'm on social media and I see the comments. Isn't it between 60 to 70 per cent of Senegalese that want me to leave Liverpool?

END_OF_DOCUMENT_TOKEN_TO_BE_REPLACED

"I will do what they want. We will see soon! Don't be in a hurry because we'll see this together."

A day later, Mane said he was 'joking' with his comments.'

"I spoke yesterday while joking with a bit of humour and it was everywhere,' Mane said, as quoted by journalist Cissokho Sahel.

"I think we'll stop there. Liverpool is a club I respect a lot. The fans adopted me since day one. Regarding the future, we'll see."

"I will do what they want"

Sadio Mane says he will do what the people want when responding to an online poll in Senegal which said 60-70% of people want him to leave Liverpool. pic.twitter.com/jKoU9fMQgQ

As reported by Sky Germany, Bayern are prepared to offer Liverpool €30m plus between €5m and €10m in bonus payments and offer Mane a contract until the summer of 2025.

However, it is thought that the Reds would demand more than the €30m for the former Southampton man.

Paris Saint-Germain were also linked with a move for Mane, however, it appears unlikely that the French giants will try to sign the Liverpool man after Kylian Mbappe's contract extension at the Le Parc des Princes.

Mane has registered 120 goals and 48 assists in 269 appearances for Liverpool since arriving on Merseyside in 2016.


popular
Man United could be blocked from playing in the Champions League next season
Ireland team vs. France: Form players rewarded and a welcome return
Clive Woodward happy to 'eat humble pie' after bold comments about Ireland
Man United's four player transfer shortlist if Qatar takeover goes ahead
Man City expect Pep Guardiola to leave
French media's opinion of this Ireland team becomes clear as vital clash nears
"I should have been more mature" - O'Sullivan's injury trail a cautionary tale for Sigerson casualties
You may also like
1 week ago
Former England captain says Fabinho should have sent off for Evan Ferguson challenge
1 week ago
Former Liverpool midfielder Emre Can reveals he had surgery for cancer
2 weeks ago
Liverpool reportedly selling Caoimhin Kelleher for Jude Bellingham funds
2 weeks ago
Steven Gerrard offers his personal service to help Liverpool sign Jude Bellingham
2 weeks ago
Steven Gerrard makes interesting claim about Graham Potter's signings
2 weeks ago
Liverpool's owners have made a massive decision on the sale of the club
Next Page