"Roy told him I don't blame you, I blame your parents"

Former Manchester United captain Roy Keane has been known for having a razor sharp tongue.

Keane developed a fierce reputation during his career as a player and later as a manager for his honest appraisal of players and their performances and it seems it was no different during his time as Ipswich Town manager.

Keane managed Ipswich between April 2009 and January 2011 and had a winning percentage of just 34.6%, one of the worst in the club's history, but had a strong Irish contingent of Daryl Murphy, Damien Delaney and Brian Murphy. 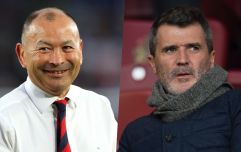 END_OF_DOCUMENT_TOKEN_TO_BE_REPLACED

Murphy signed to Ipswich from Bohemians in January 2010 and soon saw just how honest Keane could be with his playing squad.

“Roy is Roy, he was incredible to work under. He’s highly opinionated," Murphy told the Gaultier GAA ‘Resilience Forum.

"We had a couple of Irish lads in the dressing room. Damien Delaney, I felt for him at times. He used to hate Damo for whatever reason. Damo is a bit flash. He used to wear the baseball cap on backwards and the American football jersey and they are from across the river from each other in Cork.

“After a game, if Damo made a mistake, Roy would be the first one to go for him and he would absolutely hammer him. He’d destroy him.

“He used to go on about Kennedy Cup games. ‘If I was playing with Cork now, we’d hammer Waterford.’ Daryl Murphy would have been there at the time as well. We'd beat them.

“[He'd say] ‘You’ve no discipline. You’re walking around with these big wide headphones, and you can’t head the ball for me.’ 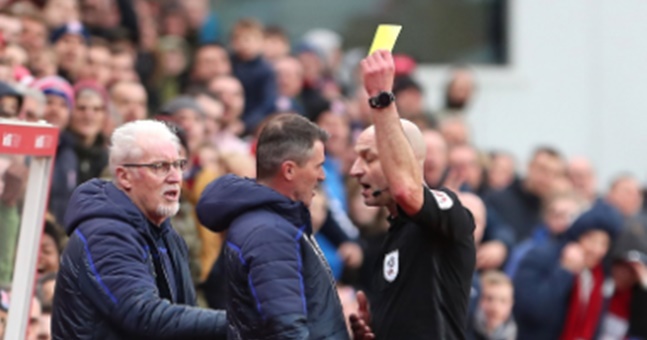 END_OF_DOCUMENT_TOKEN_TO_BE_REPLACED

“We played Leicester away. I was playing and we’d played unbelievably well in the first-half. We drew the game 1-1. We were awful in the second half, we were hanging on by the skin of our teeth. It was night and day, the first and second half.

“We we were there anyway in the dressing room and he has us all sitting in one corner. Roy’s chats could go on for 45 minutes after a game.

“The drug testers are in. So anyone that’s been drug tested in sport knows, once the drug-tester introduces themselves to you, they have to stay with you or you have to be in their sight for the whole period of time until you finish giving your sample.

"Roy is doing his team talk and going around to a couple of lads and, rightly or wrongly, he’s telling one lad from London who was 19 years old and had only played a handful of games: ‘Look, I don’t think you’re going to make it in the game. I don’t see you being consistent enough.’ He said: ‘You’ll probably be back in London next year doing drive-by shootings with your friends.’ We’re all sitting there [thinking]: ‘Holy God.’

“He’s going round to different lads. ‘One week I look at you and you’re controlling the game. The next week, I can’t find you on the pitch. But it’s okay, because I don’t blame you, I blame your parents for the way they brought you up.’ 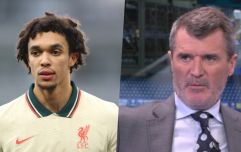 END_OF_DOCUMENT_TOKEN_TO_BE_REPLACED

“But that was Roy, he was so honest. He would rarely scream and shout at you, he was always talking to you and that always made it a bit more personal, because you can handle someone having a go and having a proper shouting match at you, but when it’s calculated and straight to your face, it’s talking like I’m talking now, it’s much harder to take.

“But overall, I enjoyed working with Roy.”

Murphy is now with Cardiff City but he said before he joined Bohemians he started to lose his love for football and that a move back to the League of Ireland ultimately reinvigorated his joy for the game.

"It was going through my head do I really want to be in England," he added.

"As much as your friends with your teammates, everyone lives their own life when they go away in the evenings. With my family and friends there was no WhatsApp groups. I think text messaging was there at the time but it was rare because everyone was living their own life.

"It was the loneliness that I found difficult to deal with. I wasn't enjoying it. I made a decision to go home. I'll go home and play if there's an opportunity there but you're walking away from money and potentially you're career but I just decided I was taking a different route.

"Coming home from England people will look at you like you're a failure. He didn't quite cut the grade. That was always in the back of my mind. You felt like you were letting people down but for my for my own mental health at the time, I felt it was the right choice to do.


popular
From Canada to Carlow in the name of hurling: Nicolas Redmond's journey to the Fitzgibbon Cup
Kerry's captain selection for 2022 sums up the problem with their outdated system
"It must be difficult to say no, having won a game and heading back together"
Eddie Jones shares great tale on hour-long chat with 'inspirational' Roy Keane
Chelsea forced to change Stamford Bridge changing room after Liverpool complaint
Ireland fitness update offers even more reason for Six Nations optimism
Jesse Lingard 'angered by lack of respect' shown by Man United
You may also like
2 days ago
"I'm a bit wary of saying they've gone sloppy in case Klopp comes after me!" - Roy Keane
6 days ago
Roy Keane's first impression of Cristiano Ronaldo proved to be very accurate
1 week ago
Roy Keane names just three Manchester United players he would definitely keep
1 week ago
Roy Keane says Marcus Rashford looks 'lost' on the pitch for Man United
1 week ago
Roy Keane questions 'poor' Edinson Cavani as Man United's biggest weakness strikes again
1 week ago
Roy Keane's half-time comments prove correct after David De Gea admission
Next Page