Cardiff City manager Neil Warnock has said that he thinks that midfielder Harry Arter will return to international football following his departure from the Republic of Ireland squad last week.

Ireland manager Martin O'Neill said that Arter had returned to his club Cardiff City ahead of the international break to focus on his club football career but he did not deny that a row with assistant manager Roy Keane may have contributed to his exit.

A leaked Whatsapp message from left-back Stephen Ward revealed details of arguments between Keane and Arter and forward Jon Walters but Warnock predicts that the bust up will not affect his player's international future.

"I spoke to him early doors. My advice to him was: 'Say nothing and get on with your football'," Warnock said.

"He loves his country and wants to play for them again. We are talking about grown-up people and I am sure that will be sorted.

"You get rows like this a lot of the time and I think Martin will make sure that is sorted in the next few weeks. 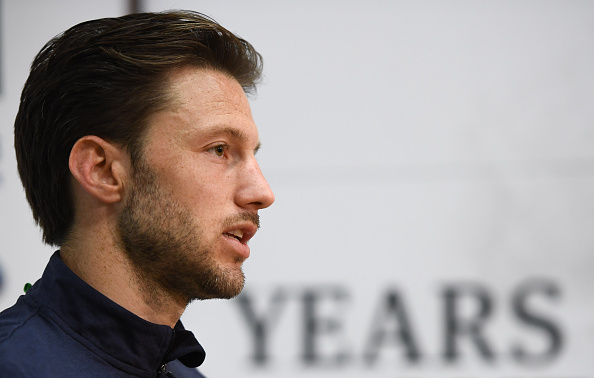 "I am sure there are lessons to be learned by everybody. Martin doesn't need me to tell him that Harry is a good player to have in the squad.

"I was quite pleased he didn't go away from a selfish point of view.

"Roy is Roy. He was the only guy that spoke to me when I got the sack at Sheffield United and I will never forget that. That was a bit of class.

"I am sure Roy will deal with the situation in the right way in the cold light of day."

O'Neill stated before Ireland's 4-1 loss to Wales in the UEFA Nations League that he has full confidence in Keane and that the former Manchester United midfielder has been a big contributor to the side's success over the last few years.

“I have got total confidence in Roy,” said O'Neill.

popular
In defeat, Jerry Kelly dies with his boots on in coming of age final display
QUIZ: You have 30 seconds to answer this one tricky football question
The SportsJOE 12 o'clock quiz | Day 286
SportsJOE 2000s Football Quiz | Round 11
"Djokovic is a tool" - Tennis world turned upside down in day of days
You'll have to be a diehard fan to get 20/20 in this Liverpool players of the 90s quiz
"Newcastle fans have been served up dire tripe for about ten years"
You may also like
6 days ago
Ireland's best uncapped prospects for the Guinness Six Nations
6 days ago
Darren Cave tells House of Rugby about one part of rugby he definitely doesn't miss
1 week ago
"He's ruptured his hamstring off the bone and he’s trying to get up into the defensive line"
2 weeks ago
"I got the scan and it was literally broken in half" - Ciara Griffin on her first Ireland training session
1 month ago
"I don’t know what his problem is with me" - James Lowe on Liam Williams clash
1 month ago
James Lowe joins House of Rugby to talk Test debuts, Liam Williams and Chris Ashton
Next Page