Keane should move on from working with O'Neill and arguing with players, he is a natural pundit.

"It's an easy gig. I don’t like easy gigs," Roy Keane said about punditry in his second autobiography. The former Manchester United captain has had a dismissive view of the job.

"When I heard, ‘I liked your commentary last night’, I knew: I was only talking bullshit, like the rest of them. Hopefully, my bullshit was a bit better. I wanted to do something that excited me. TV work didn’t excite me." 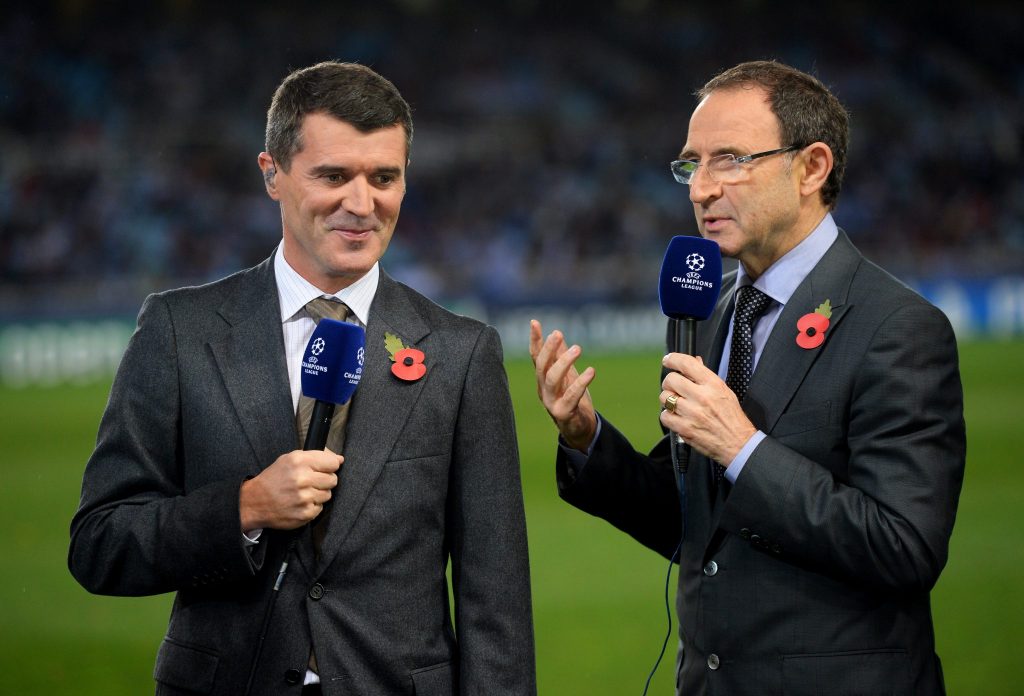 END_OF_DOCUMENT_TOKEN_TO_BE_REPLACED

For Keane, the real business was working within football, and this led to him taking the job as Martin O'Neill's assistant manager with the Republic of Ireland in 2013. He felt that speaking about football on television was nothing more than "bullshit." Which, in some cases, it is.

However, some, such as Jamie Carragher and Gary Neville, have legitimised football punditry as a profession, something worthwhile and necessary amongst all the "bullshit."

On Wednesday night on Sky Sports' coverage of the Manchester derby, Keane provided a valuable service of his own and proved that he is wasted working as O'Neill's assistant coach. He perfectly suits being a football pundit, especially for big games.

"These are the players that threw Mourinho under the bus. They'll do the same to Ole. Leopards don't change their spots. There are too many bluffers at this club to get Man United back to the top." - Roy Keane.#MUNMCI #ManchesterDerbypic.twitter.com/S3VHVW54OS

END_OF_DOCUMENT_TOKEN_TO_BE_REPLACED

From the moment the broadcast began, Keane was on form and cutting through the underperforming United players. "You can’t change 11 players, although I’m sure Ole was tempted," Roy said when the team news was announced and it was confirmed that Ole Gunnar Solskjaer had made five changes to the side that lost 4-0 to Everton last Sunday.

This was a free hit early doors, something to set the tone for the rest of the contest - like the tackle Keane made on Marc Overmars all those years ago at Lansdowne Road. What came next was the punditry version of the tackle on Alf-Inge Haaland.

In a pre-recorded interview, Paul Pogba spoke about the need to respect the club and to bounce back from a heavy defeat. Keane pounced on the loose ball. "I wouldn’t believe a word he says," he snarled.

"There is no meaning behind it. I don’t even think he believed what he was saying there. He’s on about being a teammate - if you’re going to be a good teammate you’ve got to run back when you’re defending." 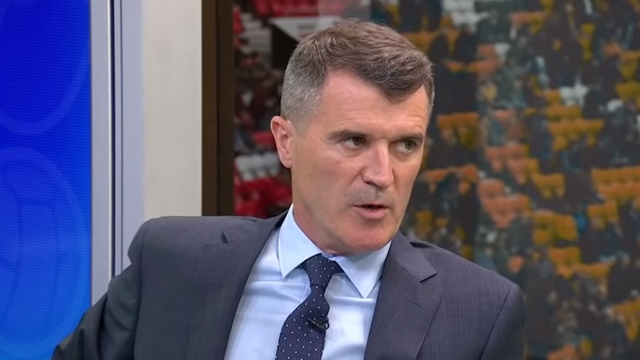 Keane then delivered an all-time great Roy Keane line, up there to rival any from an extensive back catalogue.

"It all got a bit heated after the game against Everton, I heard they were throwing their hair-gel at each other. It got that heated."

Gary Neville and Graeme Souness were there, Joe Hart too. The former Man City goalkeeper didn't contribute much, but he had the best seat in the house and surely grimaced when Keane mentioned hair products. However, all three were merely present to tee-up Keane, just give him the ball and he would do the rest.

"I don’t fall for this carry on that there’ll be a brilliant reaction from this set of players," he said.

"These are the same players that threw Mourinho under the bus and they will do exactly the same to Ole. Leopards don’t change their spots. There are too many bluffers at this club to get United back to the very top."

"Man City are on another level to their so-called rivals, who are paying the price for operating as a media business with a football team for the last few years." | @RobRedmond10 #MUNMCI https://t.co/esqPlJYq76

Just a reminder, this was all said before the game. Before Man United were outplayed by a club who were once considered a joke by the red side of Manchester, and by a team who were once rivals. Keane eviscerated the players before a ball was kicked on the night with cold, savage disdain. As Alex Ferguson said, the hardest part of Keane's body is his tongue.

Football is a relatively low scoring sport. There was a chance, however unlikely, that United could have won the match. Yet, this did not matter to Keane. His comments struck a nerve with viewers for several reasons, all of which prove that punditry, despite his lowly view of the job, is probably his true calling in his post-playing career.

Firstly, the former Ireland captain articulated a view held by countless United supporters. Regardless of all the other issues at the club, from the Glazers draining resources, Ed Woodward's atrocious transfer dealings to the malaise that has engulfed the club since Alex Ferguson retired, many of the players had simply not been good enough over the last six weeks. Keane hammered this point home in a concise, cutting and ultimately entertaining manner.

He also has an authority that gives his words significant weight. His managerial career failed to take off, and his work as O'Neill's assistant does not appear to have been very effective, but Keane's playing career and his persona mean he will always be listened to when speaking about his former club.

If Jamie Redknapp had said what Keane did on Wednesday night, it would not have made an impact. There are many pundits who are lightweight. Keane is box office.

He carried his form into the post-match discussion, the only person associated with Man United who could hold his head high after a humbling evening.

Like Joe Pesci in Goodfellas, Keane had the audience on edge throughout, switching from cutting humour to cold rage within a sentence.

Gary Neville played the Ray Liotta role, treading carefully as Keane interrogated him because he had merely said that the United players had made some effort on the night.

One of the Sky Sports videos of Keane has 812,000 views at the time of writing. Another on YouTube has over one million views. He may not like to hear it, but Keane is actually good at this job.

He is not particularly insightful, he will not tell you how a match was won or lost tactically and he views the game in binary terms. He is not an analytical pundit like Carragher or Neville either. However, Keane is bloody entertaining and cuts through bullshit like no other pundit, articulating basic principles of the game. 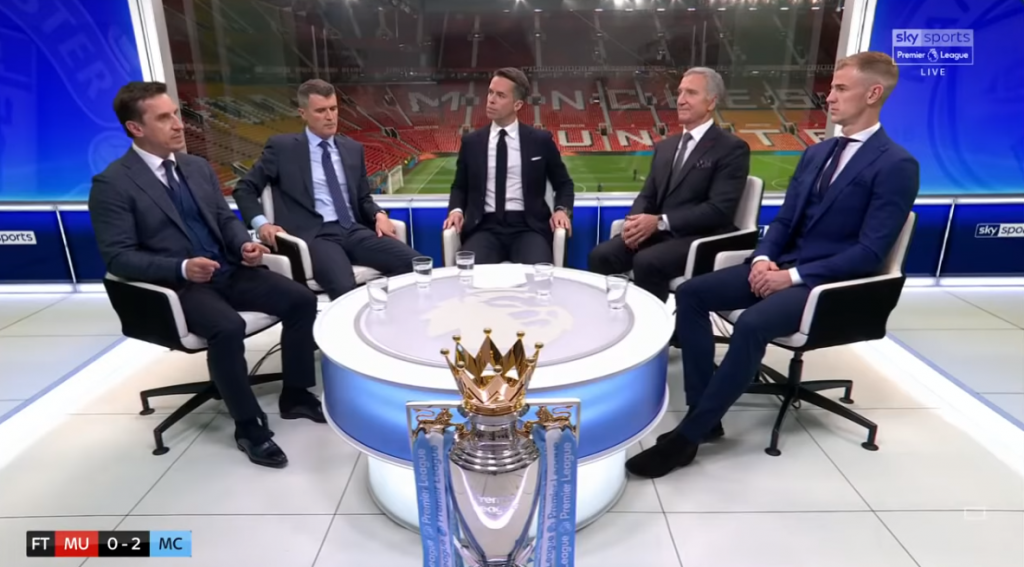 He and O'Neill may not last beyond the end of the season with Nottingham Forest and Keane's approach arguably isn't suited anymore to working as a coach in modern football, where harmony is essential. Keane instead brings conflict and tension, which is ideal for debate and commentary, but not when attempting to get players to follow your instructions.

It doesn't matter if he is right or wrong, that's beside the point. Keane sparks debate and engages the viewer - that's more important than being correct in his views. Sky Sports reportedly paid Thierry Henry £4m a year to say very little of interest for over three seasons. They should have the money to sign Keane up as a permanent pundit and he should jump at the chance if it comes. He was right, his "bullshit" is a bit better than the rest.


popular
Ireland vs Wales: All the big talking points, moments and player ratings
Peter O'Mahony reaction to Liam Williams scuffle shows he may finally be mellowing
Matt Williams tears into media for "rubbish" written about Ross Byrne
Patrick Horgan addresses infamous Kieran Kingston interview after Cork beat Limerick
"You know why" - Jurgen Klopp refuses to speak to Athletic journalist at press conference
Conor McGregor offers solution to Croke Park fiasco that should suit all parties
Allianz National League Round 2: All the action and talking points
You may also like
2 days ago
Roy Keane reminds everyone of his feelings towards Newcastle United ahead of cup final against Man United
2 days ago
Even Roy Keane felt Michael Dawson went too far with his remark to Tom Heaton
2 days ago
Roy Keane says Man United's improvement is down to "energy sappers" leaving
3 days ago
Jaden Sancho can't hide his smile as Old Trafford give heartwarming reception
3 days ago
The four players offered to Man United before they decided on Marcel Sabitzer
4 days ago
Harry Maguire rejects offer from Inter Milan to fight for Man United place
Next Page