"Why doesn't he have that in Ronaldo's contract?"

Roy Keane has questioned why Cristiano Ronaldo's agent did not include a break clause in the player's Manchester United contract.

Ronaldo reportedly wants to leave Old Trafford this summer as he is desperate to play in the Champions League.

Keane, however, has questioned why Jorge Mendes, Ronaldo's agent, did not attempt to include a clause in the player's deal that enabled him to leave the club if they did not qualify for the European Cup. 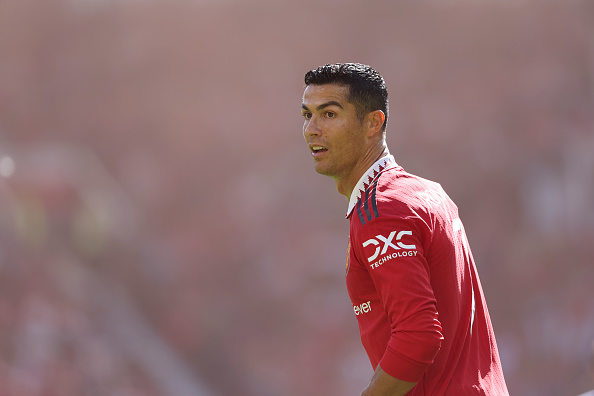 "A lot of the issue is Ronaldo not playing in the Champions League for his ego, 'brand' or whatever," Keane said on Sky Sports' preview of the Premier League season.

"Why did his agent not have (a clause) if Manchester United didn't get in the Champions League there's an option for both parties to have a look at it?

"If you've got this 'super-agent' who has got unbelievable contacts and is brilliant in terms of negotiations - why doesn't he have that in Ronaldo's contract?"

Since Alex Ferguson retired in 2013, Man United have qualified for the Champions League just five times and will play in the Europa League this season.

Given the club's patchy record of qualifying for the tournament, Keane is arguably correct to question why Ronaldo and his agent did not cover themselves with a Champions League qualification clause in the player's contract.

If Ronaldo had such a clause in his deal, his exit from Old Trafford would have been relatively straightforward. Instead, the Portugal captain, 37, could be stuck at the club for another season.

Keane stated that Man United are right to try to keep Ronaldo at the club for another season. However, he also issued a warning to Erik ten Hag.

The Irishman said the new United coach could have the difficult task of managing and motivating a potentially disgruntled Ronaldo.

"You have to try and keep Ronaldo because he's a brilliant player, but we don't know Ronaldo's behaviour when he's back in the building," Keane said.

"I don't think it's as big a deal as everyone's making out. When you're a manager, trouble comes your way, he [Ten Hag] has to deal with it. I think it can work out well for United.

“My worry is if he stays and United don't start great, and he's resentful to the manager, then it could get ugly."