"You're putting me off my food now."

Roy Keane has doubled down on his comments about Brazil's dancing celebrations during their 4-1 win over South Korea.

The South American side celebrated each goal they scored by performing a dance routine. Tite, the team's manager 61-year-old manager, even joined in for one of the celebrations.

Keane was covering the game for ITV and was critical of the team and their manager. The former Manchester United captain said that they 'disrespected' their opponents. 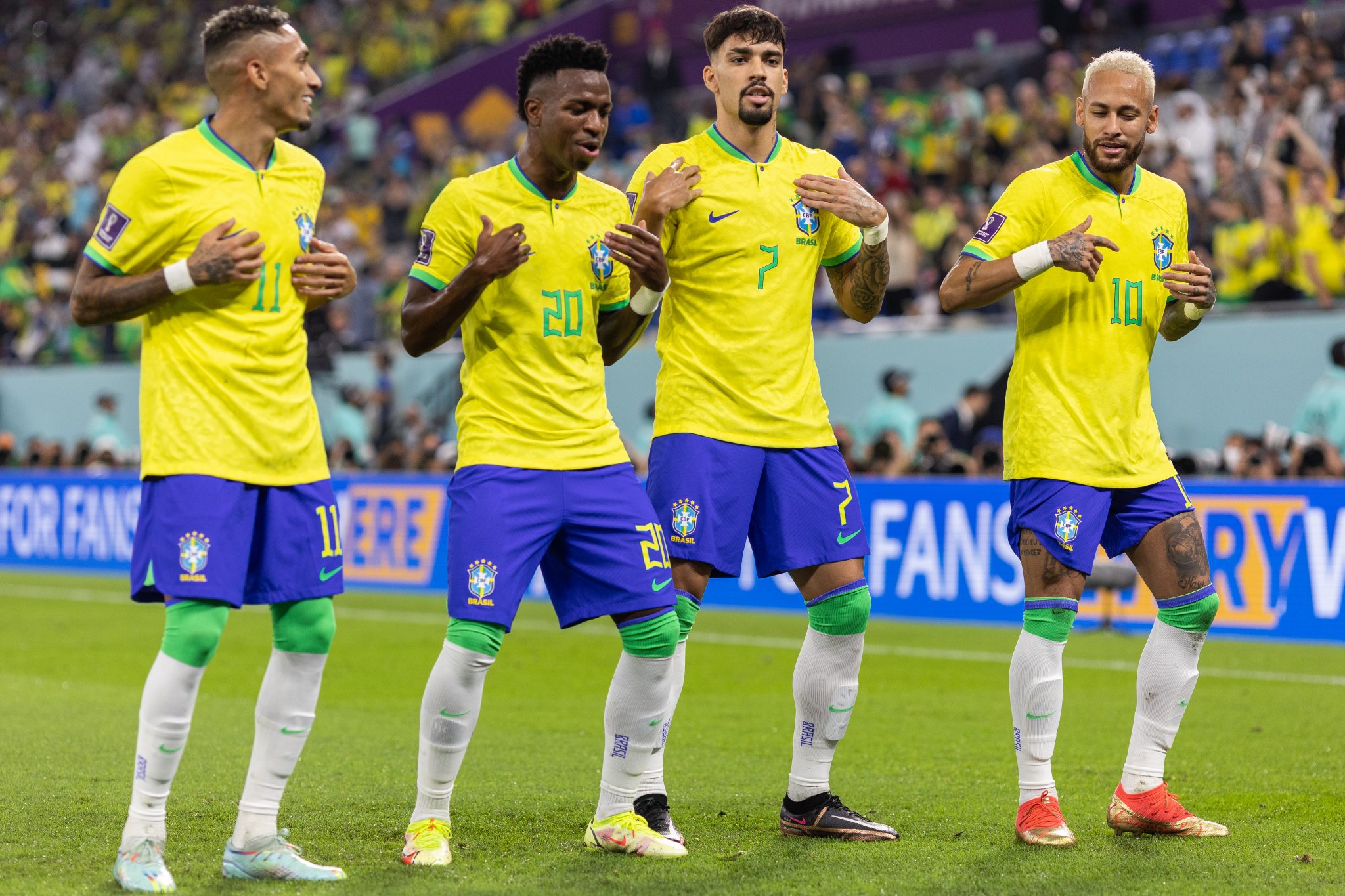 END_OF_DOCUMENT_TOKEN_TO_BE_REPLACED

"It’s like watching Strictly. I can’t believe what I’m watching," the Irishman said.

END_OF_DOCUMENT_TOKEN_TO_BE_REPLACED

Keane's comments have been widely-reported in Brazil, and have not been well-received. Brazil midfielder Lucas Paquetá rejected claims that they disrespected South Korea.

The team's coach Tite refused to even respond to Keane's comments, saying: "I'm sorry and I won't talk about those who don't know the history and culture of Brazil."

END_OF_DOCUMENT_TOKEN_TO_BE_REPLACED

Keane has had a few days to change his stance. The former Sunderland manager, however, doubled down on his comments when speaking to Gary Neville and Micah Richards.

“I love watching Brazil and what they stand for," Keane told Sky Bet.

"When you think of the World Cup you think of Brazil, I love watching them because they are brilliant at football, but not when they are dancing, or the manager starts dancing, it’s not okay, it’s not respectful.

"Respect your teammates and your opposition. A manager doing a dance on the sideline, you think that’s okay?"

Neville and Richards shared the opinion that Brazil's dancing after celebrations stemmed from their culture, rather than as an act to demean their opponents.

Keane, however, was flabbergasted that both pundits had no issue with the Brazil manager dancing with the players on the sideline.

"I don't think they were doing it as a sign of disrespect," Richards said. "I think it was a sign of enjoying the moment."

"Dance afterwards, dance in the dressing room, dance in a nightclub later on," Keane said.

"I don’t get how a manager can dance when the game is still going ahead," Keane continued.

"He’s got an opposition manager 10 yards away from him, you’ve got to watch that. The game is about respect.

"Dance afterwards in the dressing room, or in the nightclub, that’s not a problem, but why is it okay for Brazil to do it during the game? If everyone has a dance after a goal, the games will be going on for three days.

"Do you know what they should start doing, when coaches do their pro licence, show the managers how to do a little dance on the sideline, forget tactics!"


popular
Ireland team vs. France: Form players rewarded and a welcome return
Man United could be blocked from playing in the Champions League next season
French media's opinion of this Ireland team becomes clear as vital clash nears
Darran O'Sullivan on which former Kerry minor star was built for senior level at just 18
Clive Woodward happy to 'eat humble pie' after bold comments about Ireland
Man United's four player transfer shortlist if Qatar takeover goes ahead
"I should have been more mature" - O'Sullivan's injury trail a cautionary tale for Sigerson casualties
You may also like
1 week ago
"Every team did it!" - Paul O'Connell on Roy Keane comment to Ronan O'Gara that he couldn't deny
1 week ago
Roy Keane flatly rejects longstanding perception of ex-Man United midfielder Paul Ince
1 week ago
Roy Keane leaves ITV pundits in stitches after Pep Guardiola's pre-match interview
1 week ago
Roy Keane on Man United's two most improved players since Ronaldo left
2 weeks ago
Roy Keane on how Lisandro Martinez is a step above 'modern defenders'
2 weeks ago
Roy Keane gives his verdict on Mikel Arteta's touchline behaviour
Next Page