It was 2-1 to United when West Ham were awarded a penalty in the 94th minute to get an equaliser after there was a handball in the United box.

In a strange turn of events, David Moyes made a quick substitution, bringing on Mark Noble from the bench to take the penalty in his first kick of the game.

END_OF_DOCUMENT_TOKEN_TO_BE_REPLACED

Noble hadn't missed a penalty since 2016, but the fact that he wasn't warmed up and had no involvement in the game prior to this made it a very risky move.

The risk did not pay off, and Roy Keane couldn't seem to get his head around the decision when speaking in the Sky Sports studio after the game.

"You say he's took penalties before, he's an experienced player - I don't care.

"You don't bring someone on who's been watching the game for 90 minutes to take a penalty - it's wrong."

Graeme Souness and Roy Keane have their say on #WHUFC's decision to bring Mark Noble on to take a 95th minute penalty against #MUFC... pic.twitter.com/6aw760eFYX

"There must be players on the pitch who are up to speed with the game, Rice, or whoever's on the pitch, experienced players, and slot the ball in there."

Liverpool legend Graeme Souness was also in the studio, and was equally baffled by this substitution choice.

"It's one of two things, the managers has said it's his decision, 'On you go, I want you to take it,' or Noble is into the manager saying, 'Get me one, get me on boss, I'll take it,' either way it's the wrong decision.

END_OF_DOCUMENT_TOKEN_TO_BE_REPLACED

"You wouldn't do that, stone cold, it doesn't matter if he scores every penalty he takes in training or every penalty before today, you don't bring someone on who is stone cold, who has been sat watching the game for 90 minutes to go and take a penalty and that's the situation."

David De Gea, who save the penalty, was just happy to see United get over the line. 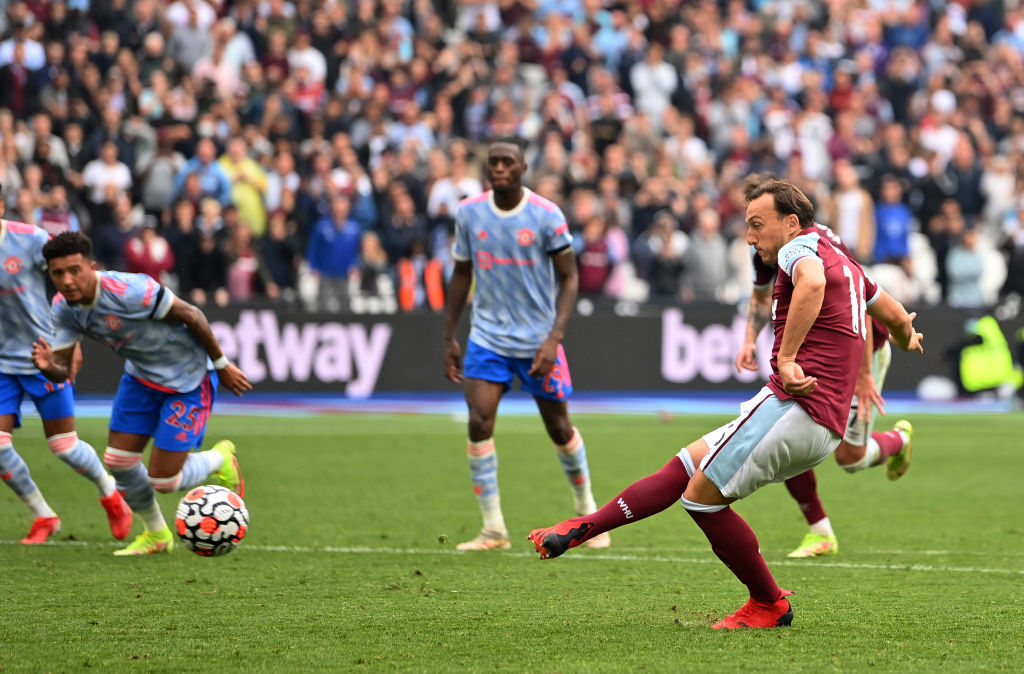 END_OF_DOCUMENT_TOKEN_TO_BE_REPLACED

"It was the last minute, I made the save. I thought it was going to be Rice, but then Noble came on. A massive three points for us. All that was going through my head was 'Save the ball!'

"It was a really tough game, both teams had good chances, again a great goal from Jesse. It is a massive three points. In the dressing room we said the three points were the most important thing."

When speaking to the BBC after the game however, David Moyes was quick to defend himself.

"We got a penalty kick and I have one of the best penalty takers in the Premier Leage and Europe. I think if I hadn't made the decision I'd have been more annoyed with myself.

"I asked him and he said I'm ready, he has a great record, why would we not? We've missed a few recently so I thought I'd take the opportunity to bring Mark on.

"I thnk are all enjoying the game more because of how the referees are going about their jobs, I thought the referee did a great job today."