So, Robert Lewandowski wants out of Bayern Munich.

The Polish attacking star has revealed his desire to leave the German club and Chelsea and Manchester United have acted quickly in holding "preliminary talks" with the 28-year-old.

Lewandowski's discontent with Munich has arisen on the back of a perceived lack of support from his manager, Carlo Ancelotti, and his teammates who "didn't support him enough" in his aims to be the top goalscorer in the Bundesliga.

END_OF_DOCUMENT_TOKEN_TO_BE_REPLACED

Lewandowski's agent Maik Barthel revealed the depth of the attacker's despair at this lack of backing from his Munich colleagues.

"Robert told me that he got no support and that the coach gave no call to help him in the last game to win the top-scorer title," claimed Barthel.

On Lewandowski: player unhappy with Bayern. He feels Carlo/players didnt support him enough (including race for best goal scorer) 1/2 pic.twitter.com/e4ktpsxhoZ

"He was disappointed as I have ever seen him before. He really hoped that the team [would] support him proactively," continued Barthel.

Lewandowski: Both Chelsea and MUFC have spoken to his agents. London preferred choice, but MUFC, very keen and last chat was yesterday 2/2 pic.twitter.com/IRk28a3GRE

Lewandowski feels as if the whole world is against him, and we can't help but draw comparisons with Yaya Touré's infamous birthday cake-strop in 2014.

"Yaya is so upset, he is thinking of leaving City,” said Dmitriy Seluk, Touré's agent. "There are a number of things that have happened that have left Yaya feeling bitterly upset. City have treated him with disrespect and have really hurt him. 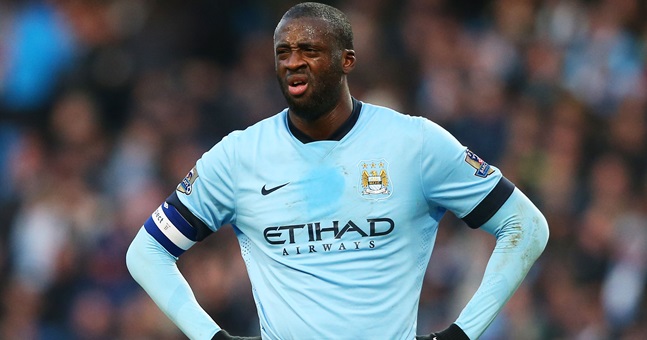 "The club’s owners ate a 100kg cake after winning the Premier League this season, but when they and the players were all together, none of them shook his hand on his birthday. It shows they don’t care about him. They don’t know that money can’t buy relationships – no Sheikh can buy a relationship," claimed Seluk.

Strong words from both agents. It's not easy for the lads in this cruel world.