"That's the one that really hurt me."

Robbie Keane has been reflecting on his time with Liverpool and explained why he opted to leave the club so soon into his spell at Anfield.

The Republic of Ireland's record goalscorer joined the Reds from Tottenham Hotspur in the summer of 2008 for £19m.

END_OF_DOCUMENT_TOKEN_TO_BE_REPLACED

Keane had been in brilliant form for Spurs and was at the peak of his career. Yet, by the following January, the Dubliner had returned to White Hart Lane.

On Monday Night Football, Keane spoke about the transfer and why his time at Anfield wasn't successful, but he insisted that he has no regrets over the move. 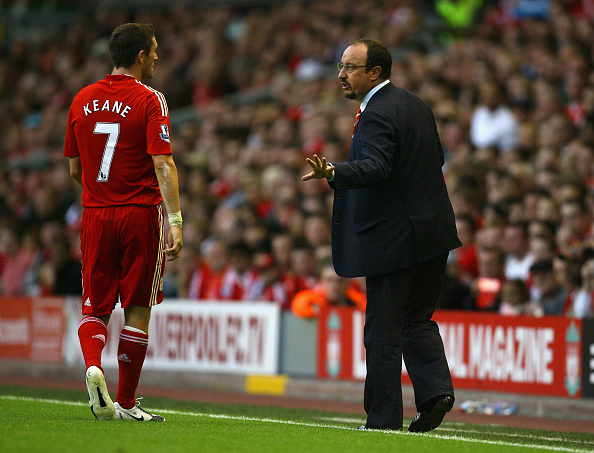 Robbie Keane on why his time at Liverpool didn't work out.

END_OF_DOCUMENT_TOKEN_TO_BE_REPLACED

Keane reflected on his career with Jamie Carragher on the Sky Sports show and was asked by his former teammate why his move to Liverpool didn't work out.

The Irishman suggested that it was partly due to how the team was set up under Rafa Benitez. Keane said he was under the impression that he and Fernando Torres would play together up front, but Benitez preferred to play Steven Gerrard as an advanced midfielder behind Torres.

"When I spoke to the club and Rafa, the idea was for me and Torres to play together," Keane said.

"But then I soon realised, a few games in, that wasn't the case. The year before Stevie [Gerrard] was playing in that 10 (position) and him and Torres had an unbelievable partnership.

"And that's the way he wanted to continue. He liked that extra body in the midfield in the overloads." 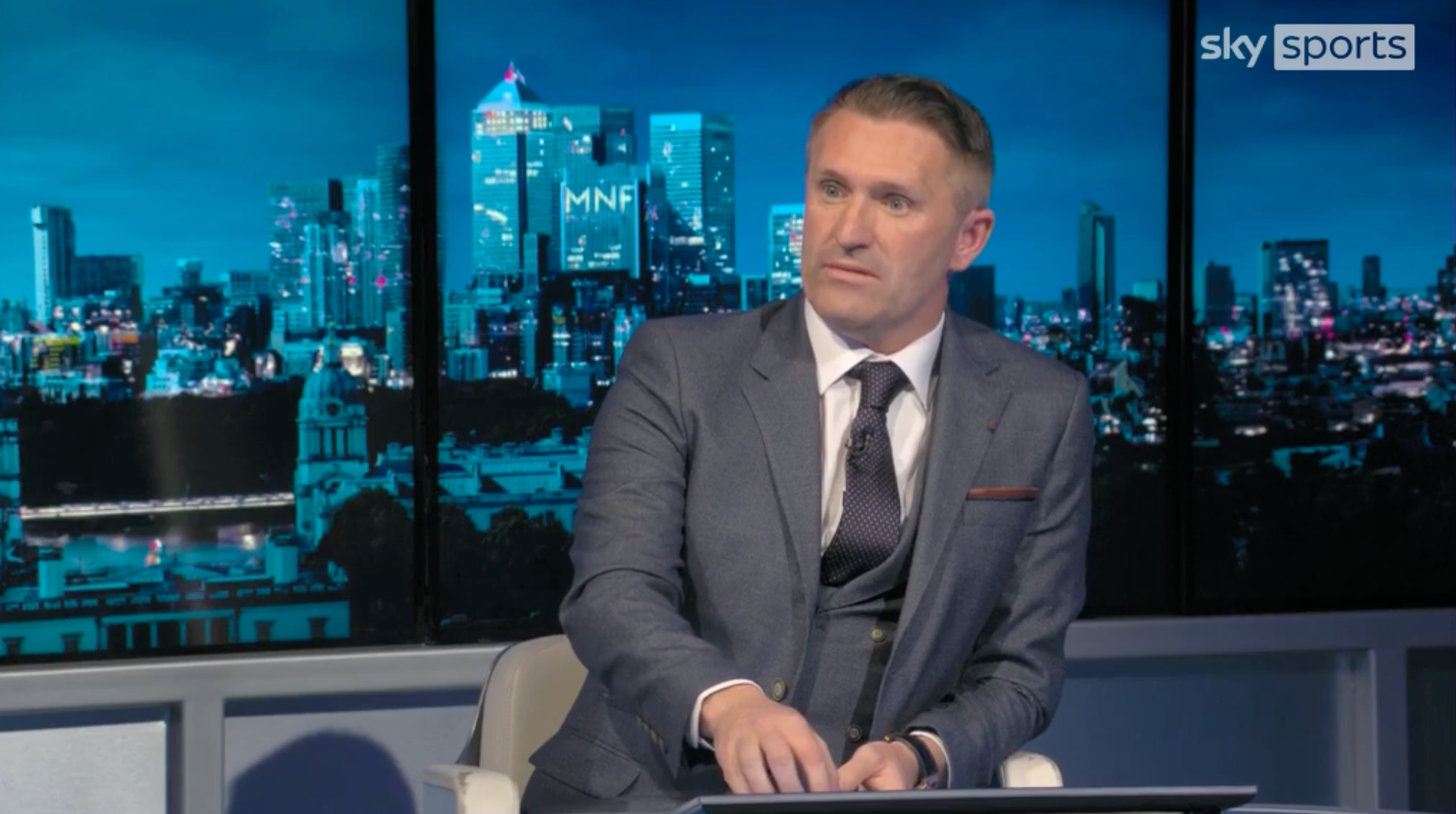 Keane: I have no regrets over Liverpool move.

Keane said he knew when he joined the club that Gerrard and Torres had an excellent partnership, but he was expecting to play more games than he ended up featuring in.

Keane played 28 times for the Reds and scored seven goals. However, in 19 of his appearances, he was substituted off by Benitez, including during a game against West Bromwich Albion when he needed another goal for a hat-trick.

"Yeah I knew that (Gerrard and Torres played well together), but the conversation was that I would play up front with Torres," Keane said.

"I knew I wasn't going to play every game, but I definitely thought I'd play a lot more than I did. But listen, Stevie was incredible in the 10 and him and Torres had an unbelievable relationship.

"As I said before, he (Benitez) likes having another midfielder to get overloads in the middle of the park. But, listen, I've got no regrets over it."

"Of course, I would've liked to have stayed there longer and won something, but it wasn't to be. But I don't have any regrets in my career, I've been very, very lucky.

"For me, the most important thing is playing football. It's just not me, it's not my character (to sit on the bench). I would play football anywhere. It's disappointing, but I don't have any regrets over it." 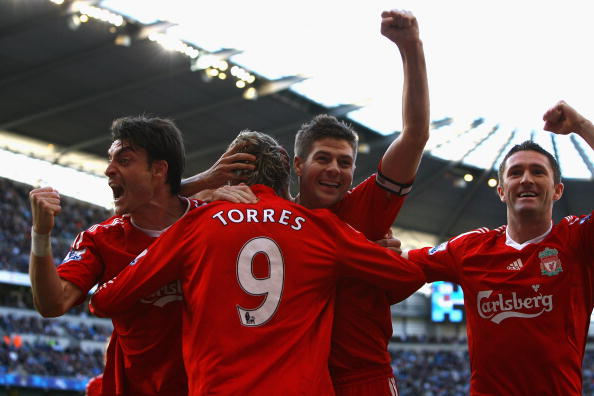 Keane on the final straw for him at Liverpool and his return to Spurs.

Keane also spoke about his return to Tottenham and how it was facilitated by Harry Redknapp and his son Jamie.

The Dubliner said that being left out of a Liverpool squad was the final straw for him at Anfield and 'pushed him over the edge', convincing him that his time at the club was over.

"Spurs were monitoring the situation, Harry had taken over at Tottenham and we had a good relationship, and obviously Jamie," Keane said.

"There was a conversation before that, I wasn't playing and I got left out of one of the squads before that and that kind of pushed me over the edge. 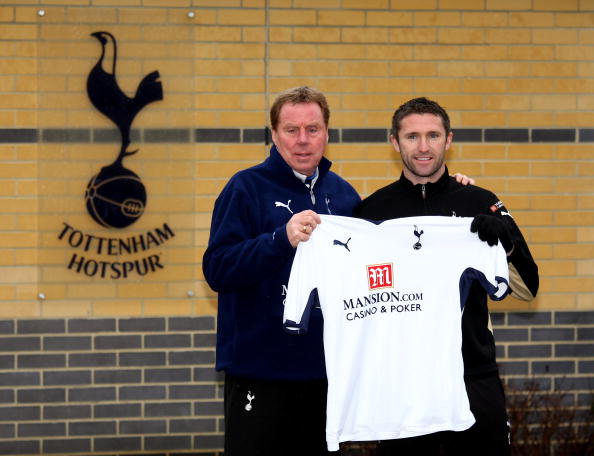 "I don't want to be disrespectful, but there were a few younger strikers (on the bench) and that's when I thought it was time for me to go."

Keane didn't pinpoint the match he is referring to, but it appears to have been an FA Cup tie against Everton in January 2009. Benitez started Gerrard behind Torres and put striker David N'Gog on the bench ahead of Keane, who wasn't part of the matchday selection.

You can watch Keane speak about his time at Liverpool below. For the full chat, follow this link.

Robbie Keane on why his move to Liverpool didn't work out.

Did he get a raw deal at Anfield?pic.twitter.com/bPXYxTPH0Z

You may also like
1 day ago
Man United vs Leeds: Why the game won't be shown on Irish TV
2 days ago
Man City facing possible expulsion from the Premier League for breaking financial rules
3 days ago
Mikel Arteta's reaction to Everton defeat is epitome of the modern manager
4 days ago
Nottingham Forest: Sensible signings or real life Football Manager?
5 days ago
Sean Dyche made all of his players write down their problems at Everton
6 days ago
Roy Keane reminds everyone of his feelings towards Newcastle United ahead of cup final against Man United
Next Page