We wouldn't mind having this man on our team for a kickabout.

Richard Dunne never actually retired from football, even if everyone thinks he did, and he's sure to be an interested Irish fan watching tonight's action at the Aviva Stadium.

The former Manchester City man has been out of football since the end of the 2014/15 season, after his time at QPR came to disappointing end with their relegation from the Premier League.

The Dubliner was a key part of Ireland's campaign to reach Euro 2012, and he's given a special interview in the match programme for the Euro 2016 play-off against Bosnia in the Aviva. 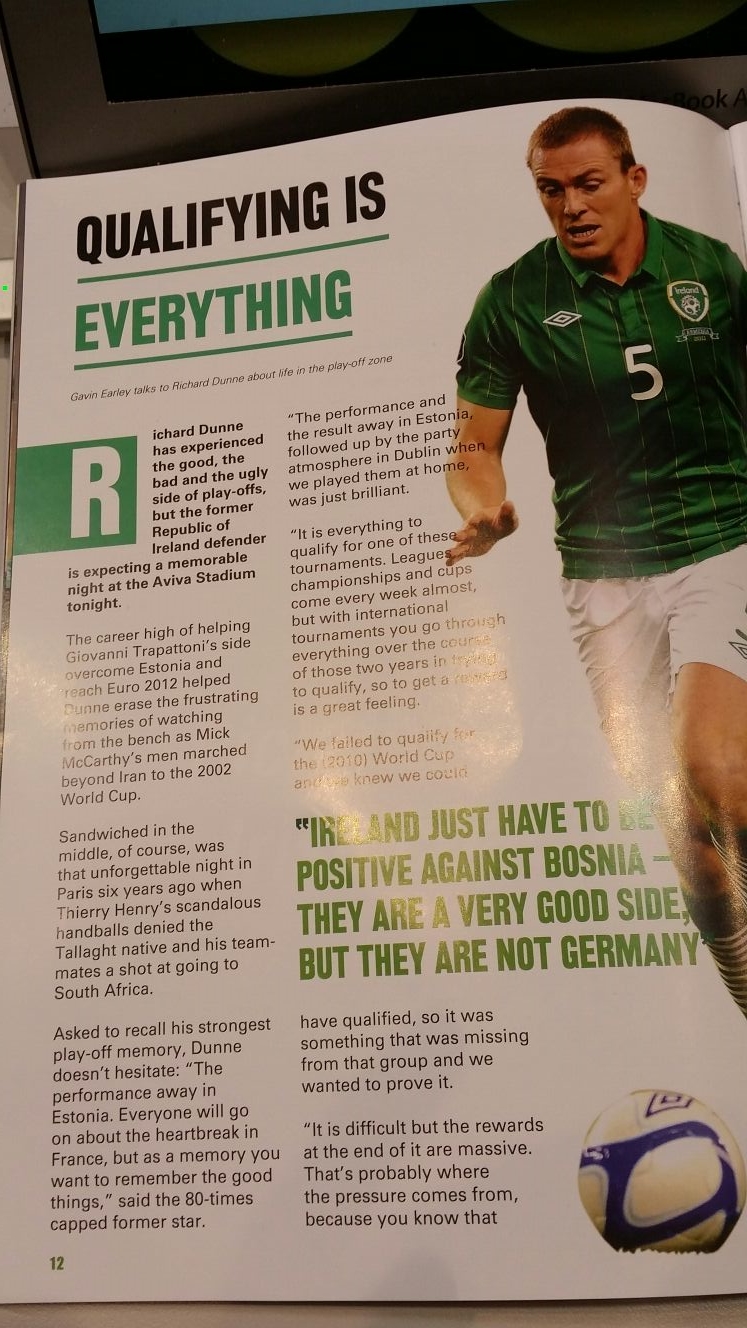 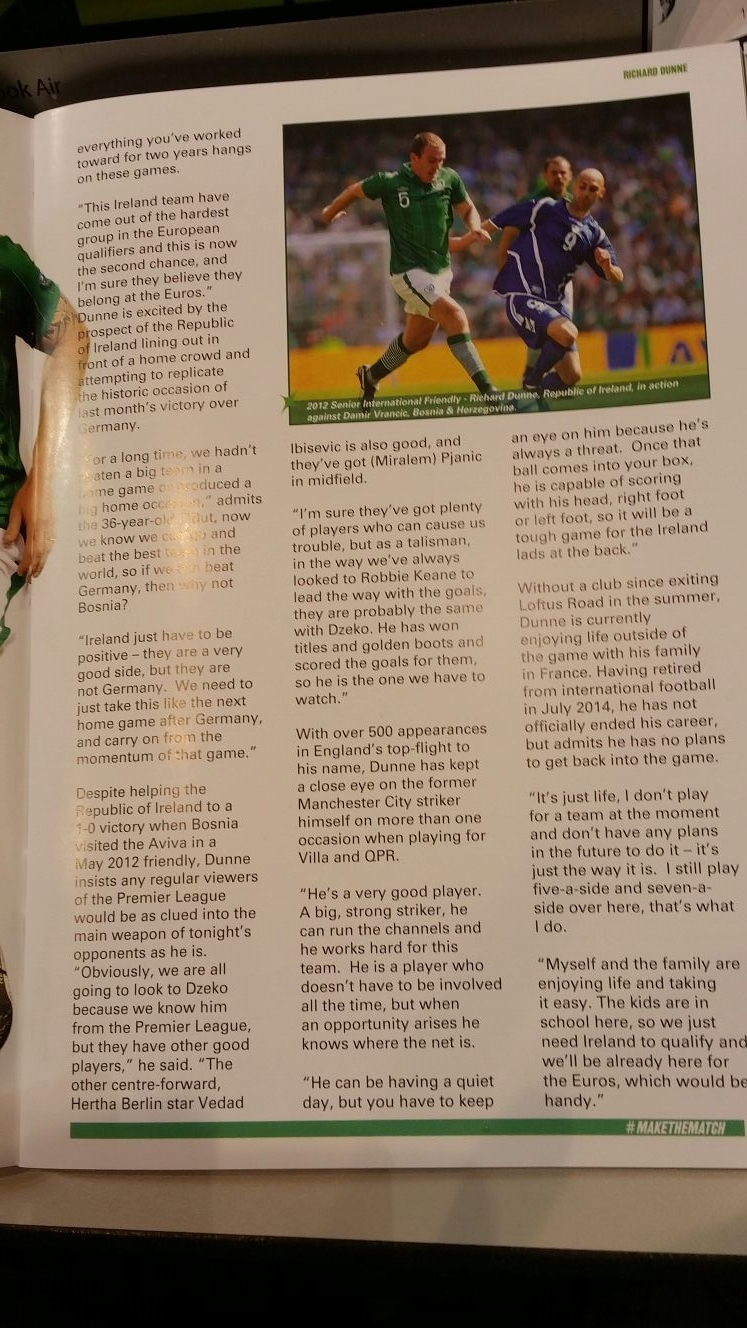 According to the piece Dunne has no interest in reviving his professional career, and instead is now enjoying life playing what we can only presume is a bit of astro a few nights a week.

"It's just life, I don't play for a team at the moment and don't have any plans in the future to do it - it's just the way it is.

"I still play five-a-side and seven-a-side over here, that's what I do." 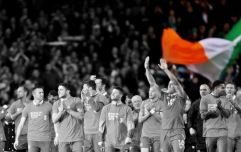 END_OF_DOCUMENT_TOKEN_TO_BE_REPLACED

We are normally stuck for a few lads on a Tuesday night under lights so we might give Dunne a call sometime if he's back over on these shores.

And now that he's living in France  he would love to see Ireland make it to next summer's European Championships,

"Myself and the family are enjoying life and taking it easy. The kids are in school here, so we just need Ireland to qualify and we'll be already here the Euros, which would be handy."