Aston Villa's loss proved to be Ireland's gain, according to Richard Dunne.

The former Republic of Ireland defender was on punditry duty for TV3's coverage of the Champions League clash between Manchester City and Paris Saint-Germain, and the topic of his former club's decline came up.

The recently retired 36 year old, who spent four years at Villa between 2009 and 2013, pinpointed Martin O'Neill's departure in 2010 as when the rot set in for the soon-to-be Championship side. END_OF_DOCUMENT_TOKEN_TO_BE_REPLACED

O'Neill guided Villa to three consecutive top six finishes in the Premier League, before leaving the club following a dispute over allocation of transfer fees on the eve of a new season. The Derry native's tenure has since been judged harshly by some Villa fans, who feel O'Neill squandered funds on exorbitant transfer fees and bloated the wage budget.

However, Dunne believes the blame should be on the decision makers at the club, not his former manager. 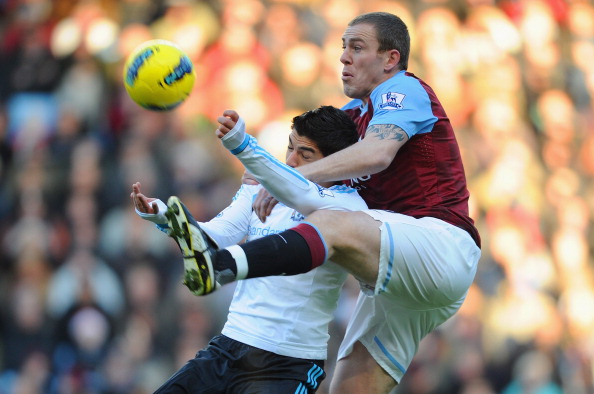 "It's sort have been on the cards since Martin did leave there," Dunne said.

"People accused him of spending too much money and this and that, but that's what the Premier League demands. You need to keep paying and spending money to keep up-to-speed with the league. They stopped and they've paid the price for it. They've made bad decisions in terms of manager's afterwards, and even, I think, going down the line of using a non-footballing person to pick the players that they're signing. It's very difficult for a club to succeed that way."

"They've probably been lucky over the last couple of years and this year they've been caught out. It's been sad to watch, as a former player and a fan who has still got loads of friends there. It's unfortunate, because sometimes it’s the people behind the scenes who suffer the most."

END_OF_DOCUMENT_TOKEN_TO_BE_REPLACED

"They [Aston Villa] deserve more than what they've had over the last three or four years. Fortunately, if they do go down, they've got the opportunity to rebuild and come back and they’re still a big pull for managers and for players who still want to go there and play. I think it might be a blessing in disguise for them."


popular
Gary Neville sticks up for Ronaldo as contextless pictures and videos taken as gospel
World Cup 2022 Day 18: All the major action and talking points
Rory McIlroy explains 'falling out' with Shane Lowry that lasted a few years
Brazil star responds after Roy Keane slates dancing celebrations
Cristiano Ronaldo's sister blasts Portugal boss' decision to start forward on the bench
Eniola Aluko responds to criticism after on-air mistake on ITV
Ballyhale's Colin Fennelly felt Ballygunner's victory speech was disrespectful
You may also like
4 weeks ago
"I was called ‘the Northerner'" - Martin O'Neill opens up on his time as Ireland manager
2 months ago
Martin O'Neill lands calculated Stephen Kenny blow in post-match discussion
5 months ago
Martin O’Neill has his say on Ireland's performances under Stephen Kenny
9 months ago
Martin O'Neill has 'a great deal of respect' for Ange Postecoglou
9 months ago
Martin O'Neill says Roy Keane is 'a great fit' for Sunderland
3 years ago
'Emile dragged Dunne, Collins and Petrov across the dressing room to get to Martin O'Neill'
Next Page