Edinson Cavani has reportedly said he doesn't want to return to Paris.

The striker, currently on international duty with Uruguay, has, according to French sports' newspaper L'Equipe, has said he would rather not to return to the capital in light of yesterday's terror attacks which left over 100 people dead.

Uruguay's Alvaro Gonzalez:"The Paris attacks are awful for football & life. Cavani told us that he would prefer not to return there"

"This is horrible, for football and for the city," Gonzalez said. "They spoke of the fact that David Luiz would not return to Paris and Edinson said he would rather not have to go either."

END_OF_DOCUMENT_TOKEN_TO_BE_REPLACED

Cavani's PSG teammate David Luiz has also been quoted saying he would rather not return to the French capital. The defender, currently on international duty with Brazil, reportedly said today if he had a choice, he'd remain in his native country.

"I have my girlfriend, family and friends in Paris. They were sad and frightened. I do not know what I’ll do if I’m going back there. It’s my job but if it were up to me, I would stay." 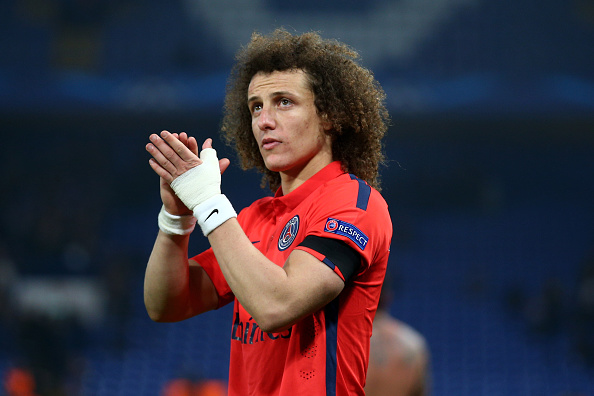 popular
QUIZ: Name every player that's scored three or more Premier League hat-tricks
The SportsJOE 12 o'clock quiz | Day 110
The SportsJOE 12 o'clock quiz | Day 109
'ROG was the kingpin... he just wanted to win, win, win' - Barry Murphy
"Some of the guys have put a lot into it" - Felipe Contepomi confident Leinster can start fast
SportsJOE 2000s Football Quiz | Round 9
What Leinster's strongest XV looks like when everyone is available
You may also like
1 year ago
Matthijs De Ligt off to Juventus and PSG are furious over contract clause
1 year ago
Man United rejecting Neymar for Pogba swap the best business they've done all summer
1 year ago
Kylian Mbappe hints he may leave PSG after accepting Ligue 1 award
1 year ago
Neymar receives three match ban for hitting fan after PSG cup final defeat
1 year ago
PSG manager condemns Neymar fight with spectator
1 year ago
Neymar accused of punching Rennes fan after cup final defeat
Next Page