Jose Mourinho said at his unveiling as United manager that he is seeking to sign four players, and has so far completed three of those deals.

Zlatan Ibrahimovic, Eric Bailly and Henrikh Mkhitaryan have joined the club, with Paul Pogba's transfer from Juventus, or another midfielder, expected to be the fourth.

However, according to Duncan Castles, a journalist with close links to the former Chelsea manager, United want to sign at least one more central defender.

Ezequiel Garay, Jose Fonte and Leonardo Bonucci are understood to be Mourinho's targets. 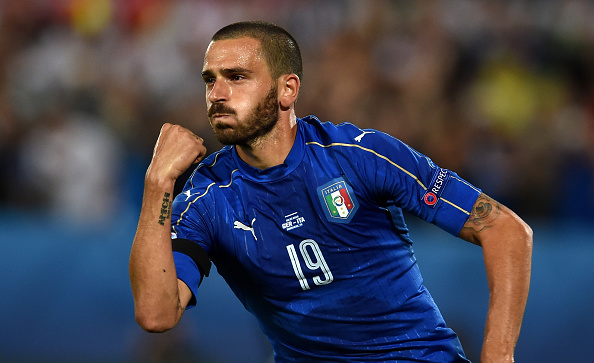 Bonucci has been linked with a move to Manchester City, and the 29-year-old Juventus defender would reportedly cost £60m.

Southampton defender Fonte, who impressed as Portugal won Euro 2016, would be a less complicated deal to complete. The 32-year-old has two years remaining on his current deal.

While Garay plays for Zenit Saint Petersburg, and the 29-year-old Argentine was reportedly target for United in the past.

It appears the United manager's famed distrust of younger players is influencing his search for a new defender.

According to The Sunday Times report, Mourinho has: "concerns about a back four whose most experienced member is 26-year-old Chris Smalling. He is looking to add a seasoned central defender capable of leading a reshaped defence and is also understood to be considering a new right-back."

Monaco right-back Fabinho is understood to be on Mourinho's radar, with Matteo Darmian potentially returning to Serie A.


popular
'Make him hurt, make him yours' - How the Springboks ruled the world
In 86 seconds, Patrick Bamford becomes English football's voice of reason
Springboks legend Tendai Mtawawira tells us what he really thinks of Ellis Genge
Jose Mourinho is the picture of happiness and health after Spurs sacking
'Beast' Mtawawira is a big fan of Mike Ross' Lions front row
"We did find him hours later and we made up." - How Flynn and his best friend came to blows in Croke Park
Jose Mourinho is about to step up and become the hero football needs
You may also like
21 hours ago
Super League: Ensuring failure isn't an option for the cowardly cabal
22 hours ago
Football's greatest heist has been happening in broad daylight for years
23 hours ago
Ander Herrera rips European Super League apart, just like we all knew he would
3 days ago
Jose Mourinho responds to Paul Pogba criticism after Spurs draw
5 days ago
Man United make Old Trafford change in bid to improve home form
1 week ago
Mourinho launches astonishing attack on Solskjaer in response to "conning" remark
Next Page