Name all the clubs Ronaldinho scored against in the Champions League goals.

Rarely has a player looked so undaunted and completely at home on the Champions League stage as Ronaldinho.

Though his star may not have shone at the very top of European football for quite as long as some of us would have liked, the Brazilian is undoubtedly one of the best to have graced the competition. 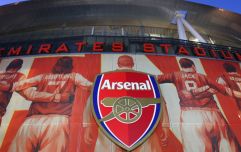 Quiz: Identify these 15 football clubs that are not named after a place

END_OF_DOCUMENT_TOKEN_TO_BE_REPLACED

Here, we're asking you to try and name all the clubs Ronaldinho scored Champions League goals against during his time with Barcelona, at the peak of his powers, and during a less memorable spell with Milan.

In total, he managed to find the net 18 times in the competition against 12 different clubs. Please note that he scored goals against two of the clubs listed below in two separate seasons, hence why there are 14 places.

You've got 10 minutes to try and get full marks and we've also given you the countries of the clubs he scored against, as well as the season.

Best of luck. If the quiz does not display below, just click here. 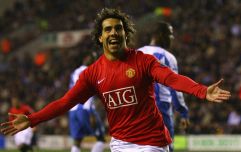 Quiz: Name the Argentina players to have scored for Man United in the Premier League

END_OF_DOCUMENT_TOKEN_TO_BE_REPLACED

Glenn Hoddle joins Steve Sidwell and Joe Cole in the Coral All To Play For Arms this week. They discuss what it was like being a midfield maestro on the muddy pitches of the 80s, managing England at the ‘98 World Cup and performing live on Top Of The Pops.