Pundits Fantasy Football league has been found, and a Manchester United legend is in last place

Owen Hargreaves is brilliant at Fantasy Football. Peter Schmeichel not so much.

A Fantasy Football league featuring several well-known pundits and presenters has been found, and it makes for interesting reading.

The league is titled "PL Pundits v Presenters" and includes pundits such as Alan Shearer, Phil Neville, Ian Wright, and Andy Townsend, as well as Hargreaves and Schmeichel.

Presenters involved in the league include James Richardson, Kelly Cates and Manish Bhasin. While most of those involved work with BBC or BT Sport.

Manchester United legend Schmeichel is struggling. The former goalkeeper is rock bottom of the league with 877 points. Something tells us he hasn't made a change to "Schmeichel's Select" in a while.

Neville's "Nevillinos" are stuck in mid-table and features just one player from his former teams - United and Everton - in the form of Seamus Coleman.

Here's the bottom half of the table: 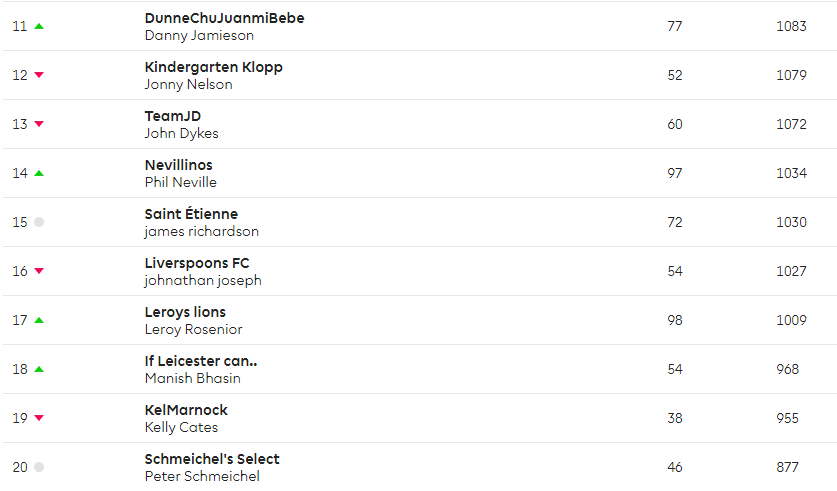 Another former United player is doing very well at the top of the table.

Hargreaves' team scored a whopping 119 points in the last gameweek. The BT Sports pundit has 1287 points overall and is ranked 249 out of the 4.2 million people that play the game. Impressive. 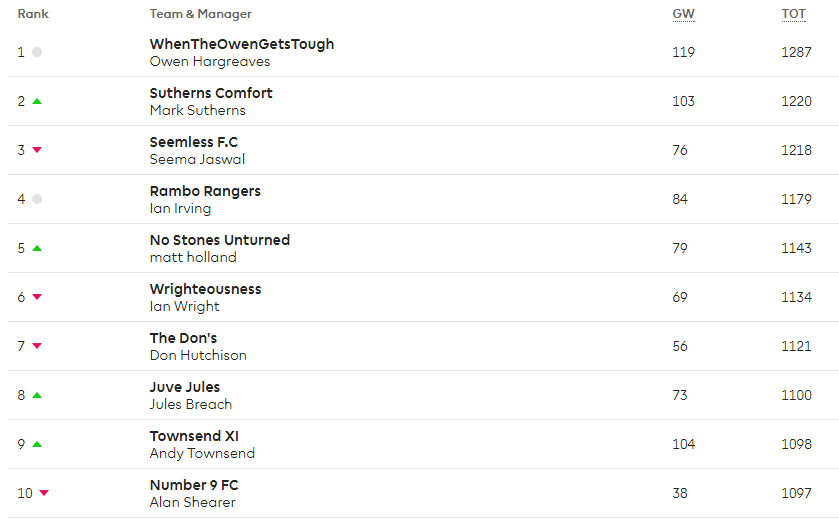 Townsend and Shearer are in ninth and tenth place respectively. While former Ireland midfielder Matt Holland is in fifth place.

And here's the table in full: 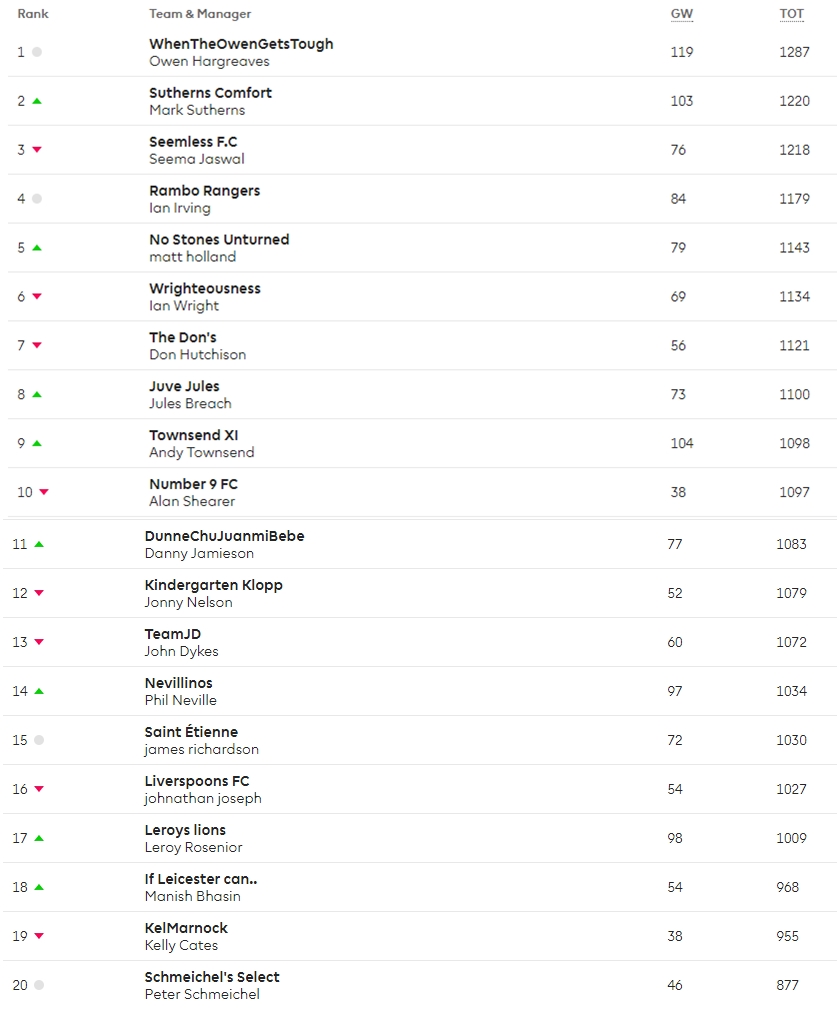