Rangnick pointed out that England is the only top domestic league to play two cup competitions.

Manchester United boss Ralf Rangnick has suggested that Premier League teams should scrap their involvement in the Carabao Cup in order to help them cope with the congested fixture lists.

The ongoing debate of player welfare and fixture lists has heated up in recent weeks, with Liverpool boss Jurgen Klopp one of those extremely vocal about the number of games played over the course of the season, but the United interim boss believes he has a solution to the problem. 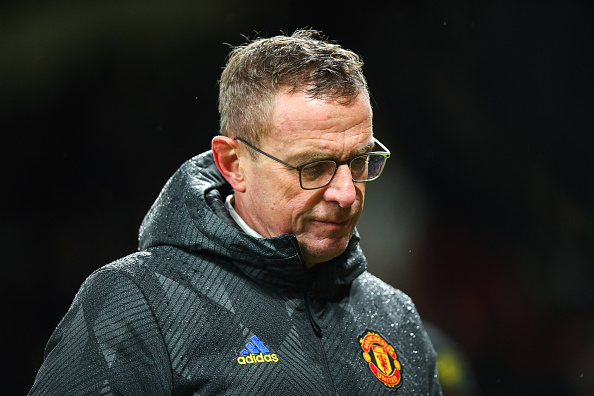 END_OF_DOCUMENT_TOKEN_TO_BE_REPLACED

"England is the only top league that plays two cup competitions. In France, they abolished the second one," explained the German.

"This is something we could speak about and discuss. The League Cup is still kept for the third and fourth division teams to improve the financial situations of those clubs.

END_OF_DOCUMENT_TOKEN_TO_BE_REPLACED

"But in a tight calendar with too many games, this is something to speak and discuss."

The former Schalke manager also believes that replays in the FA Cup should be removed and reintroducing the five substitutions rule would benefit squads after the International Football Association Board recently allowed for it to become a permanent measure if wanted to.

🗣 "England is the only country in the top five leagues that plays two cup competitions. This is something we could speak about."

Ralf Rangnick feels that the Premier League fixture schedule could be tighter and suggests getting rid of the league cup pic.twitter.com/zwiTCP4kDA

END_OF_DOCUMENT_TOKEN_TO_BE_REPLACED

'The other thing is the FA Cup and the replays. That's been changed and that's a good thing. In other countries you never have replays, those are topics we could speak about.

"England is the only country where they don't allow five substitutes. It was decided every team could substitute five players when Covid started 18 months ago.

"I think it was the right decision to have more options to change players and save energy especially if they have only just recovered from Covid.

🗣 "We are the only country who plays two [domestic] cup competitions..."

"The same is true right now. We are in a similar situation to the one we were in one-and-a-half years ago, and I don't see any reason why it shouldn't be the same.

"In other countries, they do that. I haven't spoken with the players about that but I don't need to as most would be in favour."


popular
Roy Keane shows great comic timing after Jack Grealish party invite
Cutting through the contradictions from one of the worst television segments of the year
France the sore losers as Ireland Men reach first ever Sevens World Series final
Noel Gallagher left 'covered in blood' after headbutt from Ruben Dias’ dad
Kilkenny corner back does what every defender is supposed to do to win All-Ireland under-20
"I don't want to stick the knife in" - Are Leinster in Munster's heads?
Ralf Rangnick nicknamed 'specs' and subject to 'bully behaviour' at Man Utd