El Clasico is one of the most renowned games in world football. It pits two of the most successful clubs in the game against each other. It contains some of the best players to ever play the game. It often decides the destination of the La Liga title.

But it's more than that.

Previous flashpoints between the two have included the infamous Luis Figo game, a pig's head among the items thrown at the "traitor" by Barcelona fans, and show just how deep the hatred runs between certain sections of fans from the two clubs. The Real Madrid-Barcelona rivalry has always been about more than just football. It's the club of the establishment versus the club of the Catalans.

The decision to postpone El Clasico and refix it for December because of the protests at the jailing of Catalan separatists would be the right decision, if the safety and welfare of the fans and players was genuinely under threat. But it feels more like a further suppression of a legitimate and generally peaceful set of protests against a genuine injustice felt in Barcelona and beyond.

The perceived illegality of the 2017 Catalan Referendum and the political fallout has dominated Spanish life for the past two years. 92% of Catalan people voted for independence, a 43% turnout despite the crackdown in the region and an attempt to suppress the vote from Spanish police. The vote took place on the same day both Barcelona and Real Madrid were to play Las Palmas and Espanyol respectively, and both of those games went ahead. Despite the violence in the streets. Despite Barcelona having to act in their own interests and turn their own fans away. 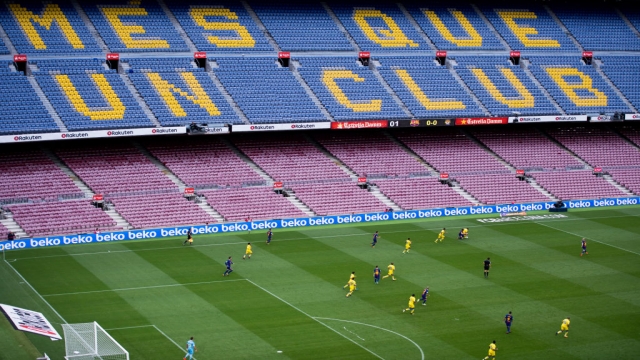 What's different between the postponed El Clasico and the fixture between Las Palmas and Barcelona in 2017? Barcelona requested that game be deferred after a heavy-handed police response to the ongoing vote. When this was refused by Spanish footballing authorities, Barca played the game behind closed doors. The scoreboard displayed a picture of a ballot box with the Spanish word 'democràcia' beside it. Barcelona had pinned their colours to the mast earlier in that week, releasing the following statement;

"FC Barcelona, in remaining faithful to its historic commitment to the defence of the nation, to democracy, to freedom of speech, and to self-determination, condemns any act that may impede the free exercise of these rights... Therefore, FC Barcelona publicly expresses its support for all people, entities, and institutions that work to guarantee these rights. FC Barcelona, in holding the utmost respect for its diverse body of members, will continue to support the will of the majority of Catalan people, and will do so in a civil, peaceful and exemplary way."

It bears remarkable similarities to the one released in the aftermath of the sentencing of nine separatist leaders last week to between 9 and 12 years for sedition and misuse of public funds in the holding of the illegal referendum;

"FC Barcelona, as one of the leading entities in Catalonia, and in accordance with its historical record, for the defence of freedom of expression and the right to decide, today, after the condemnatory ruling issued by the Supreme Court in relation to the open process against the Catalan civic and political leaders, states that: In the same way that the preventive prison sentence didn't help to resolve the conflict, neither will the prison sentence given today, because prison is not the solution. The resolution of the conflict in Catalonia must come exclusively from political dialogue." 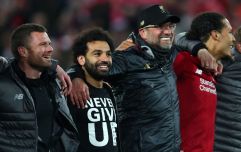 END_OF_DOCUMENT_TOKEN_TO_BE_REPLACED

All this decision has done is removed the right to peacefully protest on one of the biggest stages in world football. The idea of a raucous Nou Camp, bedecked in Catalan flags and roaring for their independence and the just treatment of their officials being beamed to televisions around the world was just not palatable for Spanish authorities. It's another attempt to remove the voice of peaceful Catalan protest. It's another suppression of a basic human right.

When Real Madrid's game went ahead against Espanyol on the same day as that referendum, fans were handed a poster of the Spanish flag, flags that were then held aloft in the 12th minute. The contrast between a Bernabeu rocking with nationalistic sentiment and the Nou Camp earlier that day empty of its Catalan people sums up this issue perfectly. No stage. No protest. No voice. 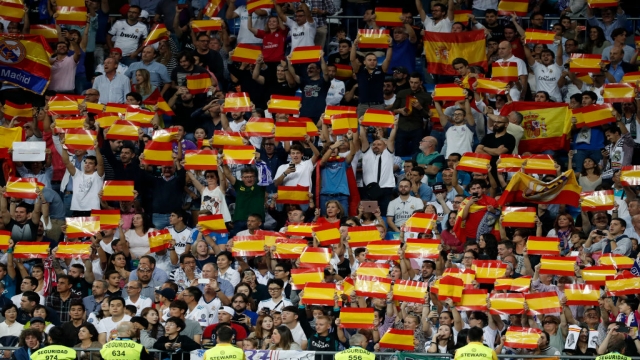 The reaction by police to the referendum itself, the protests on its first anniversary and then the marches against the decision to jail the nine leaders has been brutal and heavy-handed, as videos and images on the ground show. El Clasico has always been more than just a game, més que un joc. Postponing it in the hope that the protests have been quelled by December makes a mockery of democracy.


popular
We knew Sean O'Brien wouldn't let us down with his Lions XV
'Make him hurt, make him yours' - How the Springboks ruled the world
Jose Mourinho is about to step up and become the hero football needs
Springboks legend Tendai Mtawawira tells us what he really thinks of Ellis Genge
In 86 seconds, Patrick Bamford becomes English football's voice of reason
Saudi prince 'prepares £4bn Manchester United takeover'
Manchester United owners have reportedly set price for sale of the club
You may also like
2 weeks ago
Richie Sadlier tears into "liability" Trent Alexander Arnold as Liverpool crumble
1 month ago
WATCH: Benzema with a stone-cold stunner to save Madrid's blushes
1 month ago
You're Erling Haaland - choose your next club
1 month ago
Manchester United offered fresh hope in Raphael Varane pursuit
2 months ago
Martin Odegaard inches towards shock Arsenal loan move
7 months ago
Gareth Bale deserves more than the statement Real Madrid released about him
Next Page