"I never confuse the human and personal aspect with the coach and player relationship."

Portugal boss Fernando Santos decided to drop Cristiano Ronaldo to the bench for their World Cup last 16 tie with Switzerland.

Ronaldo had started all three of Portugal's games so far in the tournament, scoring once in the opening game from a spot kick, and nearly scoring against Uruguay although video technology confirmed that the goal belonged to his teammate Bruno Fernandes.

The five time Ballon d'or winner was substituted against South Korea however, and he appeared to be visibly disgruntled by the decision. 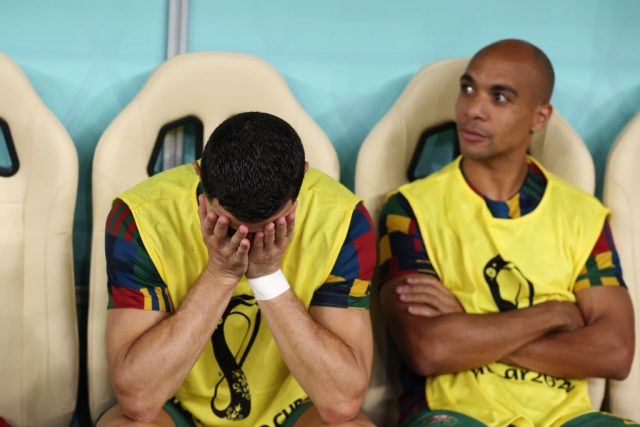 END_OF_DOCUMENT_TOKEN_TO_BE_REPLACED

Many believe that it was this reaction from the Portugal captain that lead to him being dropped, but Santos has said that the decision was “strategic and nothing more.”

When pressed to talk about Ronaldo's reaction against South Korea, he reiterated that that was a separate incident, and had been dealt with.

“I said that it was closed and it was closed. Cristiano Ronaldo is one of the best players in the world playing professionally and as a captain … so we have to just think about this team collectively,” he said 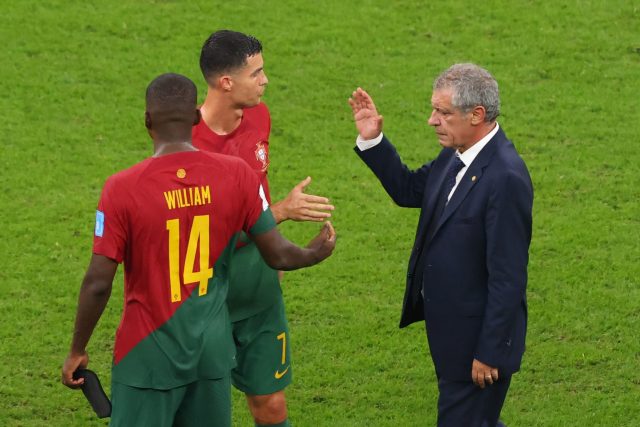 “I have a very close relationship I always have, known him since he was 19 at Sporting, and then for years here in the national squad.

“Ronaldo and I never confuse the human and personal aspect with the coach and player relationship. He is a very important player to have in the team.” 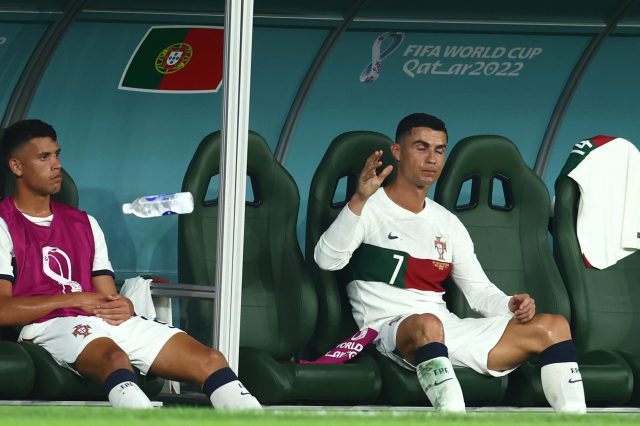 Portugal will play Morocco in the quarter finals of the World Cup, and although it would be seen as a favourable draw, their impressive performance against Spain proves that you can't take them lightly.


popular
Kilmacud Crokes to counter Glen's objection over extra players in All-Ireland final
"He's a serious specimen, 6 ft 3 as well, so he's an incredible athlete" - Geaney hails O'Connor's impact
"It's very clear how I felt about it. I had a very definite view on it" - McEntee on Dunboyne's 2005 semi-final saga
Roy Keane on Man United's two most improved players since Ronaldo left
"He didn't give me that jersey back!" - Johnny Sexton on new rival Jack Crowley
January transfer window 2023: Follow the latest updates live in our hub
Roy Keane's threat to Cesc Fabregas about 'pizza incident' has panel in stitches
You may also like
2 weeks ago
Controversial referee reportedly set to retire at the end of the season
3 weeks ago
Sergio Aguero reveals that his World Cup celebrations wound Lionel Messi up
3 weeks ago
The 10 best footballers of all time* have been revealed
3 weeks ago
Emi Martinez spends £20,000 on guard dog to protect World Cup winners medal
3 weeks ago
Lionel Messi super-fan regrets getting new face tattoo after Argentina triumph
4 weeks ago
Angel Di Maria and Adil Rami involved in heated row over Emi Martinez's World Cup antics
Next Page