PICS: Umbro unveil the font that will be on Ireland's home and away jerseys at Euro 2016

It's just under five months to the day that Martin O'Neill sends 11 men to the Stade de France pitch.

Ireland's Euro 2016 campaign gets underway against Sweden on June 13 and the team's official kit provider Umbro has revealed the font that the players will be sporting on their backs.

Considering we've been designated the home team for the group opener against Sweden, this is the jersey font that we'll see for our first game. 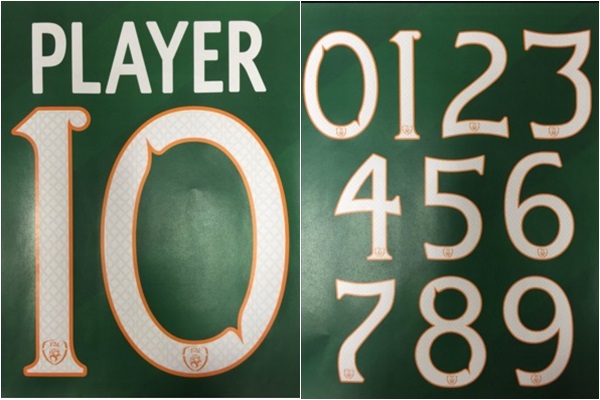 We'll be the away side for the remaining two fixtures, against Italy and Belgium, so we can expect those jerseys to look like this. 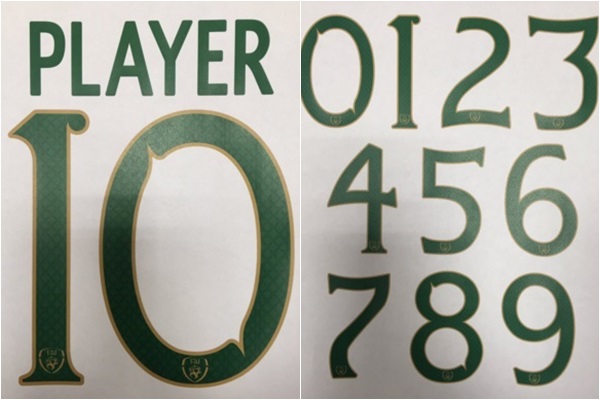 The apparel giant also unveiled the date and flag stitching that can be added to each jersey for the tournament that we're definitely going to win.

popular
The SportsJOE 12 o'clock quiz | Day 77
QUIZ: Can you name all 24 champions of the English football league?
You'll need to be on top form to get 20/20 in this 1980s footballers quiz
The SportsJOE 12 o'clock quiz | Day 75
If you can answer this one Premier League question, you really know your stuff
The SportsJOE 12 o'clock quiz | Day 76
SportsJOE 2000s Football Quiz | Round 4
You may also like
3 weeks ago
QUIZ: Guess the footballer from their Wikipedia page | Irish edition
3 weeks ago
"I think he kissed the jersey" - Mick McCarthy opens up on Declan Rice
3 weeks ago
You'll need all your powers to get 20/20 in this 1990s Irish footballers quiz
1 month ago
Can you name Ireland's top Premier League scorers without making a mistake?
2 months ago
Ireland hopeful of November playoff date against Slovakia
2 months ago
Ireland set for dramatically new look as Stephen Kenny takes charge
Next Page