Liam Kelly impressed many with his performance against Manchester United on Saturday.

Kelly put in a praiseworthy shift for Reading despite the Royals' FA Cup defeat to United at Old Trafford.

Kelly, who has represented the Republic of Ireland at U21 and U19 levels and is eligible to play for the senior team, was singled out for special recognition by Phil Neville, who was on punditry duty for the BBC.

"Liam Kelly had a stormer in the Reading midfield," Neville said. "Man Utd tried to move Fred further up to put pressure on him but Kelly and his midfield partner Andy Rinomhota pulled the strings for Reading.

"I can't believe Reading are so low in the Championship given they way they played. There have some really good players in this team, with Kelly and Rinomhota especially impressive. They've played with real confidence and flair - they've just lacked a bit of composure in the final third. 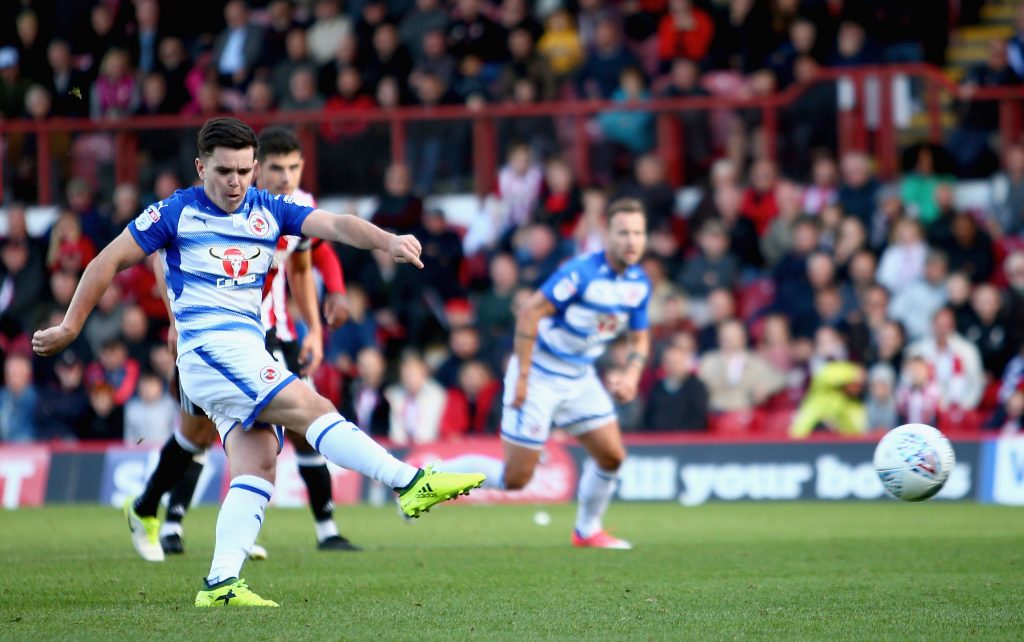 "They don't look like a team who haven't won in 10 games - they're playing with real confidence and real arrogance."

END_OF_DOCUMENT_TOKEN_TO_BE_REPLACED

Basingstoke-born Kelly has previously appeared to be leaning towards a push for a place in the England squad, rejecting the advances of ex-Ireland manager Martin O'Neill.

In an interview with the Reading Chronicle last year, Kelly said: "It had nothing to do with feeling English or Irish. It was a personal thing between me and my family which we thought was best. There are no ifs and buts about it, it was just how I was feeling at the time."

But in that same interview, Kelly refused to rule out the possibility of being convinced to pull on the green jersey down the line, saying: "We'll see how it goes."

It's understood that new Ireland manager Mick McCarthy has yet to speak to the 23-year-old although fans are urging him to do so sooner rather than later.