Manchester United beat Sheriff Tiraspol 3-0 last night in the Europa League, but with the game still at 0-0 Antony attempted some showboating, and Paul Scholes destroyed him for it.

The ex-Ajax star is famed for doing this bizarre 360-degree spin with the ball at his foot; an unusual piece of skill, but something that's become a bit of a trademark for the United attacker.

During the Europa League tie, with the game still goalless, Antony received the ball in the right flank with acres of space, and used this opportunity to do not one, but two 360 spins - with no one around him. 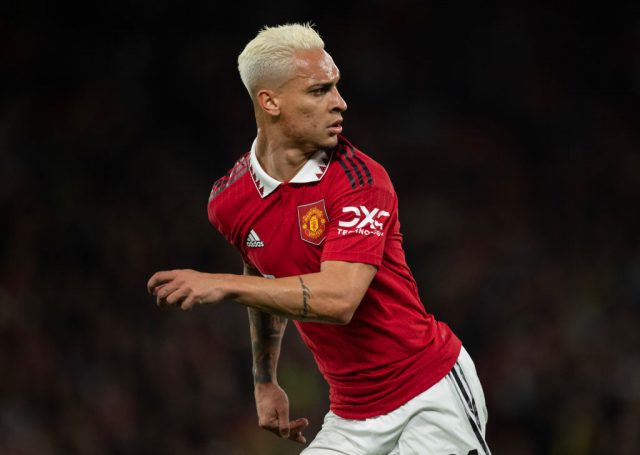 END_OF_DOCUMENT_TOKEN_TO_BE_REPLACED

What happened next is what really sent people over the edge, as he attempted to play a ball through but over hit it so that it span out of play.

The manager Erik ten Hag was visibly unimpressed with the lack of substance behind this 'trick' and former United star Paul Scholes didn't hold back when sharing his thoughts.

"You saw his reaction on the bench. I think it frustrated him (ten Hag). I just don't know what it achieves. I love a little bit of showboating and entertainment, but at least get the pass right.

Antony does his trademark spin in acres of space and then puts his pass out of play... 🙃#UEL pic.twitter.com/P7SjcPqrUd

"This country, any country, even Brazil. They don't want to see that do they? I like to see skills and entertainment, I just don't think it's skill or entertainment, it's just being a clown.

END_OF_DOCUMENT_TOKEN_TO_BE_REPLACED

"He's not beating a man, he's not entertaining anybody, it's 0-0 then he kicks the ball out. That's the way he plays. I've seen him do it many a time at Ajax as well and that's just the way he is, but I think he needs that knocking out of him."

"It's not skill or entertainment, it's just being a clown!" 😂

END_OF_DOCUMENT_TOKEN_TO_BE_REPLACED

"And you can hear the crowd - he's trying to win a game, moving the ball quickly with nobody near him, and he puts the ball out of play! Embarrassing."