The pair enjoyed a fruitful relationship at Juventus

Paulo Dybala has admitted he would like to play alongside Paul Pogba again in the future.

The Juventus forward enjoyed a prolific relationship with Pogba during the one season they spent together in Turin before Pogba returned to Manchester United in the summer of 2016.

END_OF_DOCUMENT_TOKEN_TO_BE_REPLACED

The pair remain good friends but recently came up against each other in the Champions League group stage. Dybala scored the only goal of the game when Juventus travelled to Old Trafford, but Pogba got his revenge as United pulled off a spectacular smash and grab in Turin in the return fixture. 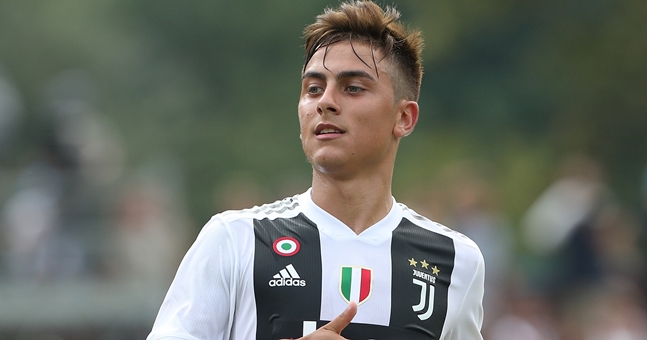 Speaking to reporters on Thursday, Dybala hinted at the possibility of a reunion with Pogba in the future, but insisted that he is happy at Juventus, enjoying his new partnership with with Cristiano Ronaldo.

"It was great to see to see Paul again because we're good friends," the 24-year-old told reporters on Thursday.

"The first game [at Old Trafford] was amazing for me, and the second for him.

"But it was just nice to play against him. We have remained in touch since he left [Juventus].

"We're still very close and who knows, maybe in the future we can play together again on the same team..."

END_OF_DOCUMENT_TOKEN_TO_BE_REPLACED

Asked about how Ronaldo's arrival has affected Juventus, Dybala spoke in glowing terms of the five time Ballon d'Or winner.

"We have a good chance this year because Cristiano is a great player and now we have more options," Dybala enthused.

"But we have been playing well for years. We have lost two finals in the past four years and last year we played a great game against Real and were unlucky to lose.

"So yes, I think that we can do it this year. But the goal every year is to win every title.

"Obviously this year it may look like the Champions League is an obsession but we're also focused on domestic trophies.

"We want to win another Scudetto."