"The balance has to be right to allow them to play with confidence and belief.”

Patrick Vieira said Dubliner Tayo Adaramola will make his Premier League debut between now and the end of the domestic campaign.

The Republic of Ireland Under-19 international made two appearances for Palace in the FA Cup, against Hartlepool United and Stoke city respectively. 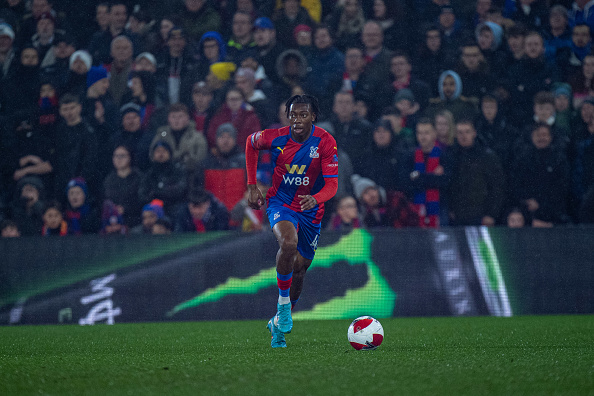 END_OF_DOCUMENT_TOKEN_TO_BE_REPLACED

Vieira pinpointed Adaramola and Jesurun Rak-Sakyi as two youngsters who will be involved in the Eagles Premier League run-in.

The former Arsenal captain said he has the pair training with the first team so he can "learn more about them."

END_OF_DOCUMENT_TOKEN_TO_BE_REPLACED

“It’s important because that is part of their development,” Vieira said on Adaramola and Rak-Sakyi’s being involved in the first team.

“It’s good to see them around the first-team, to see their personality and to see how they will conduct themselves in training and in the dressing room with players around.

“That allows me to learn more about them. We have Jes and Tayo training with us. They will be around the first-team for these three (remaining) games and some of the games they will be on the field." 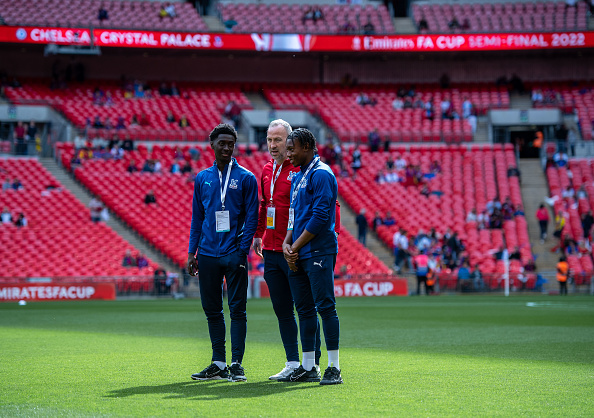 END_OF_DOCUMENT_TOKEN_TO_BE_REPLACED

Vieira is looking to see how the Adaramola can cope "under pressure" in their remaining games against Everton or Manchester United.

The World Cup winner claimed the two youngsters have "shown that they can play in our team in the Premier League."

“We need to give them and create these types of opportunities to see how they will react under pressure," Vieira added.

“(Then) it is about balance in the team. Jes and Tayo have shown that they can play in our team in the Premier League.

“It’s just about having the right players around them to support what they are missing. The balance has to be right to allow them to play with confidence and belief.” 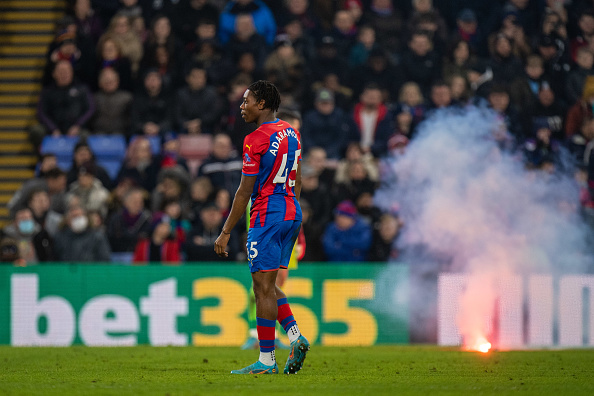 If Vieira plays Adaramola in the Premier League this season, it would be a fantastic achievement for the former St Mochta’s and St Kevin’s player.


popular
Eamon McGee just couldn't help himself with Armagh-melee tweet
Robert Finnerty's strut up to the penalty spot was the stuff of legend
Strongest Ireland team to face New Zealand in Test opener, after squad set-back
Andros Townsend claims 'moaning' Jurgen Klopp has 'got his way again'
Conor Gleeson's gesture to heartbroken Ethan Rafferty a tonic after sideline brawl
Ireland include plenty of new faces in team to face Maori All Blacks
The FootballJOE Pub Quiz: Week 43
You may also like
6 days ago
Josip Juranovic may depart Celtic as Premier League clubs chase transfer
6 days ago
Rio Ferdinand on the four Man United players who could be sold this transfer window
1 week ago
Glenn Whelan highlights Rory Delap's importance under 'Pulis-ball' at Stoke City
1 week ago
Burnley name their price for Nathan Collins with two Premier League clubs interested
1 week ago
Chelsea ready to 'make move' for Raheem Sterling
1 week ago
Investigation launched into Granit Xhaka booking after huge bet placed
Next Page