"That's enough for you!"

Marsala, Monza, Nice, Monaco... Manchester United. Patrice Evra was not a rising young star that was destined for greatness at an early age.

One 24 brothers and sisters in a huge family, raised in Les Ulis [a suburb in the south-west of Paris], Evra's journey to the French national team and Old Trafford was taken down a tough road. Not long after failing to convince at trials for PSG, he set off to play for Serie C1 side Marsala, in Sicily.

One season with Marsala [27 appearances, six goals] was enough to convince Serie B side Monza to part ways with €250,000 to secure his services. He struggled with the step-up, however, and left to join Nice, back in France, after a solitary season.

Having often featured as a winger and forward in his other clubs, including Nice, it took an injury to teammate Jean-Charles Cirilli to change his footballing career. He was drafted in as emergency right-back and, as the sort of defender that liked to plunder forward, he revelled in the task. 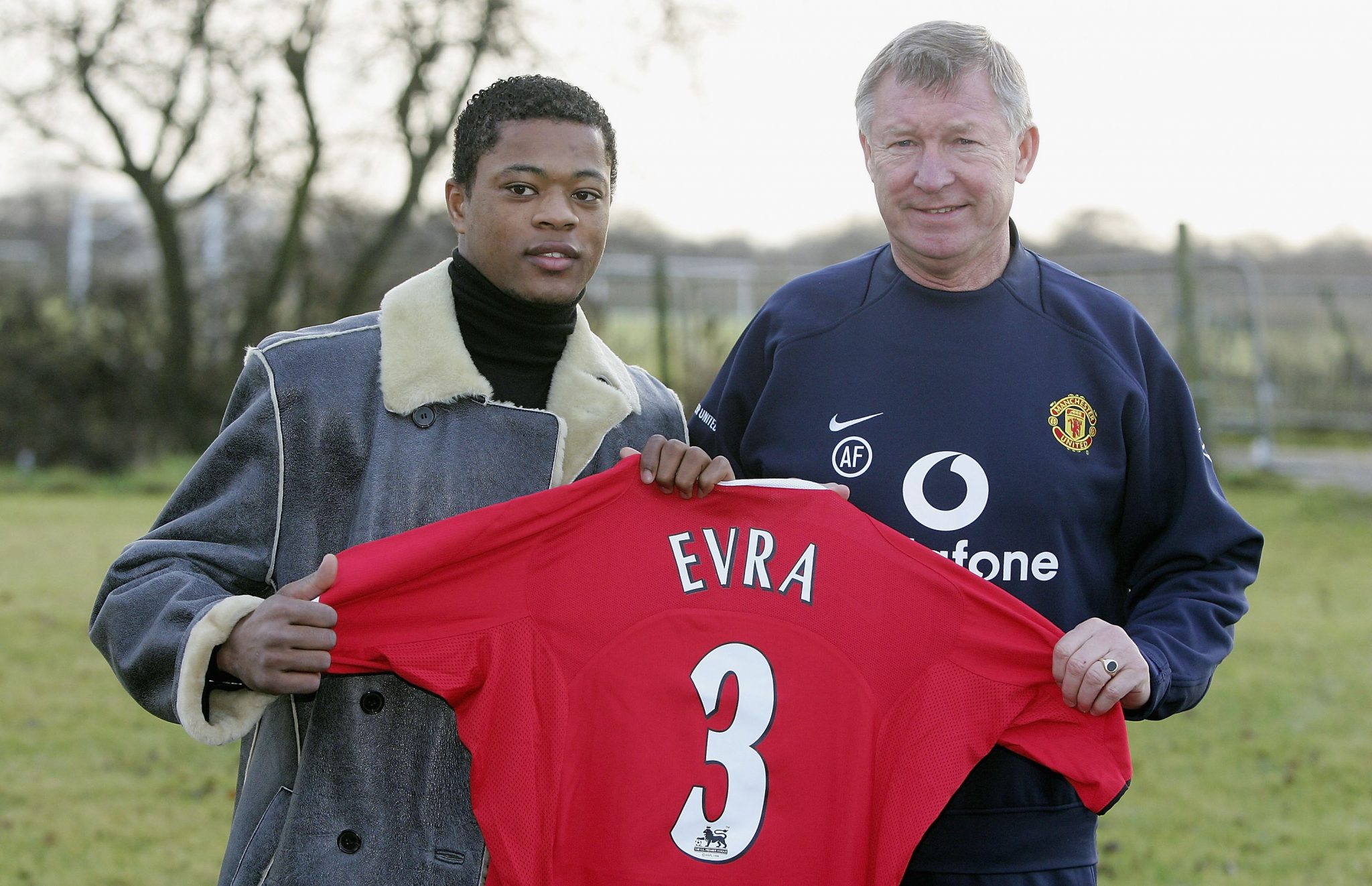 Monaco came calling in 2002 and he stayed there for six seasons - making his France debut during his time there - before United swooped in. He joined Ale Ferguson's side in January 2006 for a fee of £5.5 million. Soon after joining the club, he told reporters:

"I was not very keen to go forward in the talks with Arsenal, Liverpool or Real Madrid. They all talked with my agent in the past two seasons. But to me, it was over. As I said to the Monaco officials, I only wanted to hear about Manchester."

With Argentine left back Gabriel Heinze struggling with injury, Evra was drafted in to start in the role for a debut against cross-town rivals Manchester City.

Evra, who announced his retirement on July 29, recalled his debut, and a half-time dressing down from Ferguson, in a wide-ranging column for The Players Tribune.

"You might remember that I made my debut away to Manchester City," he begins.

"Big derby. The game kicked off at 12.45 pm, which was unusual for me as a Frenchman. I’m not big on traditional breakfasts, so I didn’t know what to eat to get ready. I went for pasta and beans. I got sick. I was vomiting. I went to my room wondering what to do.

'Should I tell Ferguson that I can’t play, that I’m sick?'

'No Patrice, you can’t! You’ll look soft and scared. You have to play.'

'On the bus to the stadium, I was feeling dizzy. It was sunny, it felt hot. In Manchester! Come on … I went up for a header against Trevor Sinclair. BOOM! An elbow in my face. Blood everywhere. I was losing it. You know the cartoons where you have a bubble that says what the character is thinking? My bubble was saying, 'Oh my God, these guys are so fast, so strong. It was so nice in Monte Carlo... '

'At half-time, we were 2-0 down. Ferguson was raging. "And YOU, Patrice," he shouted. "That’s enough for you! You sit down and watch now, because you have to learn English football." I took off my boots, wiped away some blood. We lost 3–1. I was really down."

Ferguson admitted, after the game, that it had been 'a gamble' to start Evra. There was quick redemption as he started a 1-0 win over Wigan but he failed to hold down a regular spot for the remainder of the season - making 11 league appearances - and missed out on a spot in France's 2006 World Cup squad. United teammates Louis Saha and Mikaël Silvestre, who played left- and centre-back, were both included.

"This time I wasn’t down," he recalls, 'I was pissed off.

"I spent the entire summer in the gym, watching my teammates take France … to the final. The final! Imagine! I knew I should have been there!! I’m serious, I wanted to destroy everything. I was training like crazy. More weights, more reps. More pain. I didn’t even take a holiday.

"I hadn’t understood what it took to play for United. I had turned up thinking I was this big-shot player, but United is bigger than everything. You can play a cup game against a fifth-division side, and 76,000 people will show up. At Monaco, we would play in front of 6,000 people. It would be so quiet that you could hear ringtones go off in the stands. I’m not joking.

"When I came back for preseason at United, I was stronger and faster than ever. And after that, pfft … I was unstoppable. That’s why I say that the City game was my highlight at United. I needed that experience, I needed to feel that I was nobody.

"That’s what made me realise, 'You have to work hard, my friend'."

Evra went on to make 379 appearances for United - winning five leagues and a Champions League - and 81 caps for France.

A slow-burner but one that burned bright thereafter.

popular
The SportsJOE 12 o'clock quiz | Day 292
Daniel Cormier defends immediate reaction to shock Conor McGregor loss
Looks like Rojo and Lingard are finally on the way out of Old Trafford
"It’s an easier life in goal, you’re not waiting for some fella to give you a box in the jaw"
Two uncapped players and some shock omissions as Ireland name Six Nations squad
Liverpool UFC star would fight black belt Manchester United striker Zlatan Ibrahimovic
Conor McGregor wants immediate Dustin Poirier rematch, for UFC title
You may also like
5 days ago
Paul Pogba corrects Liverpool dressing room story after latest match-winning turn
1 week ago
Redemption for Victor Lindelof gives United supporters another reason to believe
1 week ago
Jurgen Klopp calls Man Utd style 'the worst thing you can face in the world' after draw
1 week ago
Jordan Henderson says Liverpool were frustrated by "strange" half-time whistle call
1 week ago
Liverpool fans complain at timing of half-time whistle in Man Utd draw
1 week ago
Scapegoats stand up for United as Liverpool's profligacy continues
Next Page