OPINION: Did Super Sunday see the rugby team take the place of the footballers in the nation's heart?

Rugby will never be more popular than football in this country.

Give two people a ball and a flat surface and a game of football can be played, couple this accessibility with the sport's long-standing in Ireland and the marketing might of the Premier League and it's supremacy is untouchable.

Rugby is less widely played, with its rules and physicality off-putting for many. The PRO12 and European Rugby Champions Cup have given provincial rugby a significant foothold and while Munster's crowds may dwarf those of any League of Ireland club, their television viewing figures pale in comparison to Manchester United or Liverpool.

END_OF_DOCUMENT_TOKEN_TO_BE_REPLACED

The GAA's standing in this country is unique but among the other sports there can be only one winner, association football.

But after last Sunday the title of Ireland's favourite team may be up for grabs.

In his Sunday Independent column Eamonn Sweeney highlighted the fact that more people tuned in to the Rugby World Cup match between Ireland and Italy than either of this year's All-Ireland finals. 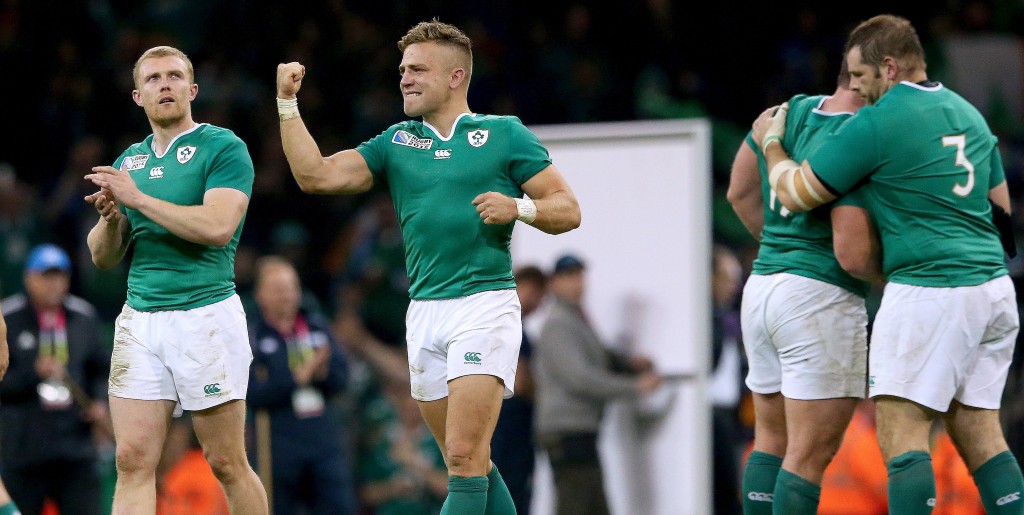 END_OF_DOCUMENT_TOKEN_TO_BE_REPLACED

Tribalism and Kilkenny fatigue can explain that away to a point. The more remarkable figure, not mentioned by Sweeney, is the fact the average viewing figure for TV3's coverage of the Italy match (956,600) was 70,000 more than the number that tuned in to watch the Republic of Ireland versus Germany (786,000).

You can chalk some of that down to the pessimism surrounding Martin O'Neill's team before they shocked the World Cup champions with a 1-0 win, but this was still the international football team playing a critical qualifier at the sharp end of the campaign.

A sellout at the Aviva tells you the match had captured the football community's imagination but the wider public found it less compelling than a World Cup pool game that Joe Schmidt's men were expected to win.

END_OF_DOCUMENT_TOKEN_TO_BE_REPLACED

So to Sunday and a pair of results that can only accentuate the new reality.

The footballers had the misfortune of having to follow an epic rugby match. Ireland's 24-9 win had everything: superb tries, morale-sapping injuries, disciplinary repercussions, tears and triumph.

Warsaw had a lucky penalty, some muddled defending, an angry Eamon Dunphy and a sense of inevitability.

In pubs and clubs all over the country the elation of Cardiff was replaced by the realisation that the football team, three days after the Lord Mayor's show, were going to fall short of automatic qualification.

By the time Ireland play their two-legged play-off, the rugby team could have made history. And that is the main conclusion most floating fans would have taken from their day on the couch/bar stool.

Irish sports fans are often derided as "event junkies" or "bandwagon jumpers" as if having more than one interest was a bad thing. It is quite unusual though. Across most of Europe one team, the national soccer team, holds sway.

There are regional quirks, such as Scandinavian hockey teams and the English cricket team, but their appeal tends to be seasonal, while the footballers are a perennial fixture.

Irish tastes are more akin to Australia, which like Ireland has two dominant domestic sports - rugby league and Australian Rules - and finds room in its heart to support their league, union, cricket and football teams when the opportunity arises.

However until now you could assert that the footballers, even at their lowest ebb, were "Ireland's Team". They were competing in a truly global sport, they had provided the country with some of its happiest modern memories in 1988, 1990, 1994 and 2002. 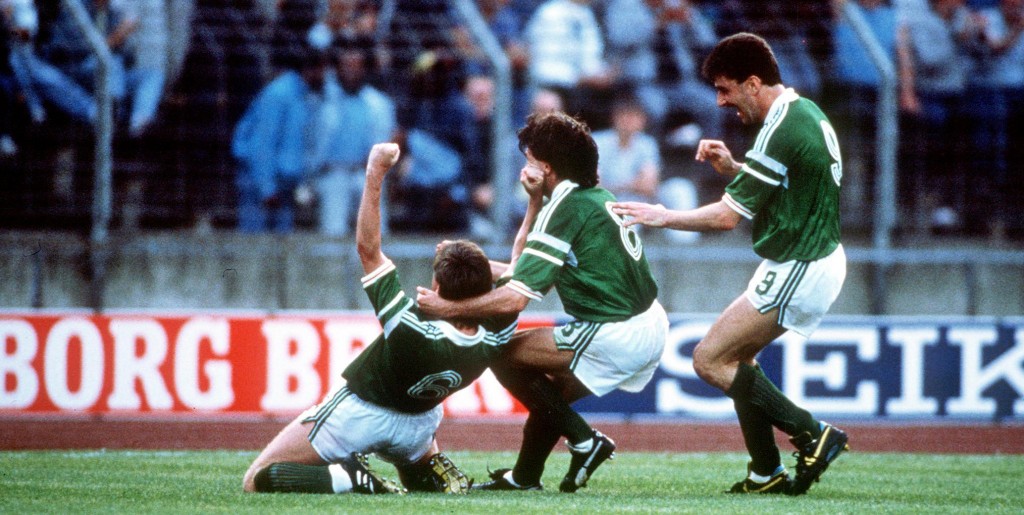 Even the shambles of Euro 2012 in Poland served to highlight how much affection there is for the footballers, with thousands descending on Sopot, Gdansk and Poznan.

A year earlier the emigrant community took to their camper vans to follow the rugby team around New Zealand until their World Cup campaign came to a shuddering halt against Wales in Wellington.

That quarter-final almost over-lapped with Ireland's penultimate Euro 2012 qualifier with Andorra and the shock defeat to Wales, coupled with the momentum of Giovanni Trapattoni's men kept the Boys in Green in the limelight.

Since then there has been a failed World Cup qualifying campaign for the footballers and back-to-back Six Nations for the rugby team.

Momentum and sympathies would seem to lie with the rugby team now but would a defeat to Argentina next weekend undo all the good work they have done?

Would another quarter-final exit condemn what went before to the annals, just like the Wales defeat did the win over Australia?

Perhaps not this time. Perhaps this team have banked enough goodwill to retain pride of place in the public's heart regardless of the result in Cardiff this Sunday.

They may not have the numbers on the pitch, but in the pubs and living rooms of Ireland they have become Ireland's team.