"We're sticking to what we believe in. I've got full faith."

Ahead of an FA Cup tie with Tranmere, Ole Gunnar Solskjaer spoke with the press and attempted an ambitious house restoration analogy to tie in with the predicament of his side losing four of their last seven league games.

"The foundation has to be laid and the culture properly set and laid down... You need to knock the house down, you don't just start with the roof. We've had some rainy days and wish that roof was on, but we can't hide."

The Norwegian has admitted his phrasings often come out wrong in English. On Friday, he seemed to be suggesting that the old United house and roof were gone. The foundations are there, though. That's something. 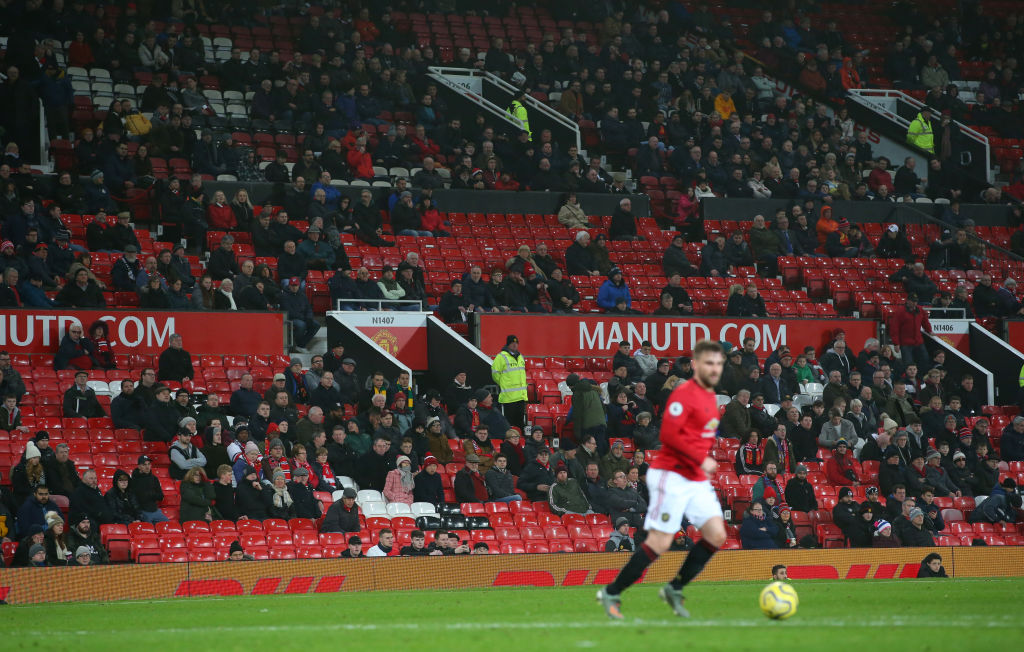 Empty seats are seen around Old Trafford during the Premier League match between Manchester United and Burnley. (Photo by Alex Livesey/Getty Images)

Solskjaer has some good attacking talent at his disposal and some promising youngsters but not much beyond that. His centre midfield options are dreadful. Nemanja Matic is a shadow of the player that drove Chelsea to league titles in 2015 and 2017, Andreas Pereira is woefully out of his depth and while Fred is giving it his all, he is far short of a top level player. Juan Mata, although only 31, seems best suited for cameos off the bench.

On Wednesday, after United had been beaten 2-0 by a Burnley team that are coming out of a worrying slump in form, Scott McTominay was seen leaving Old Trafford on crutches. Out since December 26, the Scotland international will not be back until March at the earliest.

As for Paul Pogba, he may not play for the club again. If he does it will be to prove to prospective buyers, near the end of the season, that he is back to full fitness after his ankle surgery. Pogba is out of contract in June 2021 so United, if they want any return on their massive out-lay for him, may be forced to sell him in the summer.

Midfield needs strengthening and United need another forward in after Marcus Rashford's back injury. They could do with another defender, or two, while they are at it. After that Burnley loss, an exasperated Rio Ferdinand told BT Sport:

END_OF_DOCUMENT_TOKEN_TO_BE_REPLACED

That, in itself, is an indictment on the likes of Harry Maguire, Luke Shaw and Victor Lindelof but Phil Jones could not argue too much with the assessment.

Solskjaer is currently in his third transfer window with United but has complained that he has only been in charge for one "proper" window [ie: the summertime]. He did get in Maguire, Aaron Wan-Bissaka and Daniel James but United are shedding senior stars rapidly.

Seven players out of the club and five of them permanently off the wage bill. You look more closely at what is going on at United and you see why Solskjaer will not be going anywhere soon.

United started against Burnley with players brought in (or promoted from the youth ranks) by five different managers:

END_OF_DOCUMENT_TOKEN_TO_BE_REPLACED

The club is desperately trying to get rid of the dead wood and start from close to scratch with a small band of senior pros, those promoted from the academies and new signings.

United have an astronomical salary outlay for an extremely middling squad. You can see the logic of why Solskjaer was brought in. Draft a club legend - one who is fondly regarded by the fans - in to oversee a period in which the club attempts to cut loose those that have dragged them into footballing stasis. 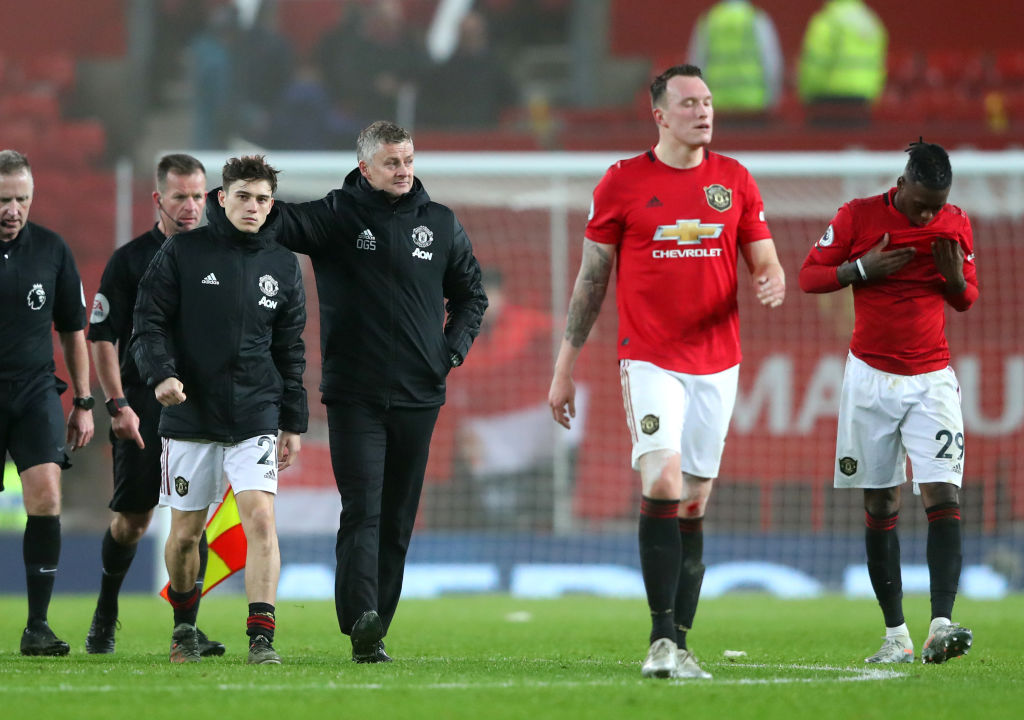 The idea, one imagines, was for Solskjaer to take the reins for six months and for the club to move on some high earners and players they felt were underperforming. Clear the board as much as possible before an experienced manager was appointed and Solskjaer departed with best wishes.

Winning 14 from his first 19 matches in charge, including that thrilling comeback over PSG, changed the narrative. United chiefs saw an opportunity to hold onto the Norwegian at least one more season and get rid of more chaff. Promote youth, talk about the Manchester United way, clear the deck and try to pick up as many points as you can along the way.

So, when we hear reports that Solskjaer has the full backing of the United board, you think, 'Of course he bloody does'.

Why would United want to get rid of this guy when he is doing exactly what they are asking him to do. Sure, all involved at the club would like more league points but, as Solskjaer says, they've just knocked the entire house down.

Change may come but do not expect it to be until the summer. By that stage, United may have found another couple of youth team prospects to supplement their gaunt senior squad.

If United were to finish in the top six, have a good cup run (Europa League or FA Cup) and move on more expensive flops - say Marcos Rojo, Eric Bailly, Diogo Dalot - the board would greedily take it. Find a buyer for Jesse Lingard and Phil Jones along the way and it's flavour country.

Ole Gunnar Solskjaer is the fall guy and he is not going anywhere. His demolition job is not yet complete.


popular
QUIZ: How well do you know Manchester United players of the 90s?
The SportsJOE 12 o'clock quiz | Day 6
The SportsJOE 12 o'clock quiz | Day 5
Player ratings as battling Ireland draw 1-1 in Slovakia... but it isn't enough this time
For Brennan, 'old-school' knock-out championship is the light at the end of the tunnel
QUIZ: Name the players to have scored the most penalties in Premier League history
Ronan O'Gara recalls the day S&C coach ripped him a new one for showing up with a takeaway coffee

You may also like
3 weeks ago
"I would have lynched him after that" - Roy Keane
1 month ago
Four features of Mason Greenwood's goal vs Watford that shows he is going to the very top
1 month ago
Carragher pushes all the right buttons and Keane delivers in gold
1 month ago
Harry Gregg: the goalkeeper who saved a family
1 month ago
Three players Solskjaer wants compared to three Man United are after
1 month ago
Nigeria watches on as Odion Ighalo's Man United dream begins
Next Page