If you're looking for a definition of Ireland's collective spirit, look no further.

For a team that had just under 35% possession and 63% pass accuracy, Ireland negotiated the Bosnia threat with remarkable ease.

Bosnia controlled an awful lot of the ball yet only had one shot on target all night. Ireland had two shots on target and scored from them both - thanks Jon Walters.

END_OF_DOCUMENT_TOKEN_TO_BE_REPLACED 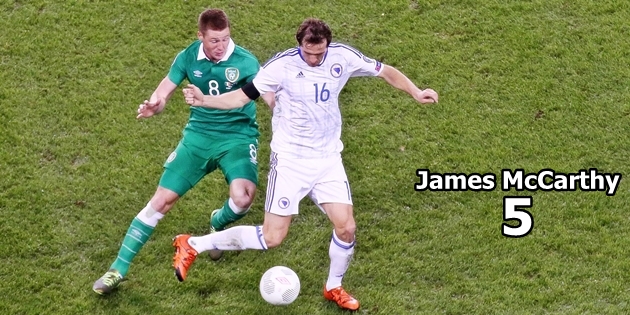 END_OF_DOCUMENT_TOKEN_TO_BE_REPLACED

Given the fact that Ireland were chasing the ball for most of the match, the Irish players topped the tackling chart. McCarthy, in fact, made six interceptions but one of them was a clean piece of dispossession.

Next on the list were Jeff Hendrick and Robbie Brady with three won apiece. 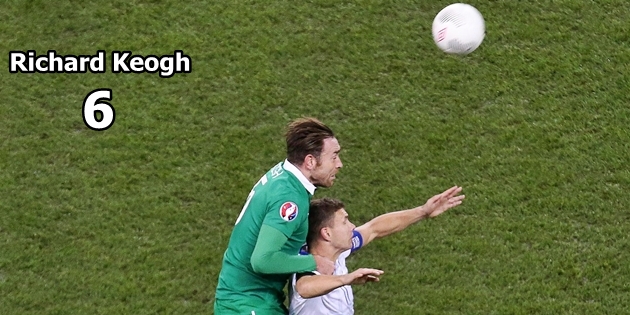 Far and away the most dominant of any player, from either side, in the air. He contested for the ball on 10 occasions and made six clearances. 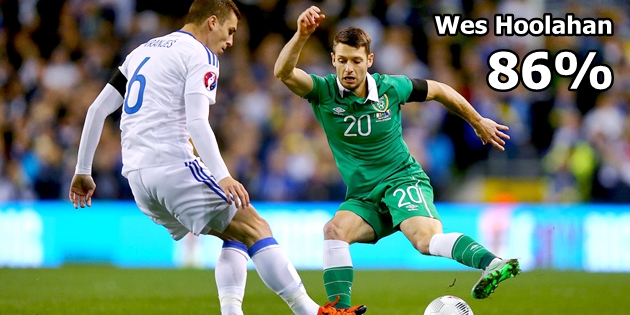 Although UEFA only list Hoolahan as having 80% pass accuracy, the equally reliable WhoScored list him as completing 12 of his 14 passes.

Next on both sites is Jeff Hendrick - 12 from 15 for 80%. The most accurate passer from either team was Bosnia defender Emir Spahic, on 89%. 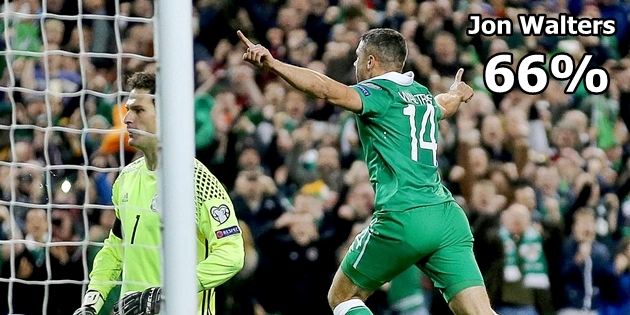 The Stoke forward slotted home a first-half penalty and calmly side-footed home at the back-post for his second. In between, he was off target with one effort.

The other four Irish players that missed the target were Hendrick, Shane Long and James McClean.