'I'm sure Adnan Januzaj is a millionaire... but he should have been a superstar'

"Thousands of players have come through this club that had more talent in their little finger than I ever had."

Nicky Butt has no issues admitting that he was never the most talented of the Manchester United squads he was in. Still, he ended up playing 387 times for United and won six league titles and a European Cup over 12 seasons.

Butt is one of the fabled 'Class of '92' that produced the likes of Gary and Phil Neville, Paul Scholes and David Beckham. He is now working with the United academy and is head of first-team development for the club.

Sunday's league game against Everton is the 4,000th straight game, dating all the way back to 1937, that United have included at least one academy graduate in their matchday squad. 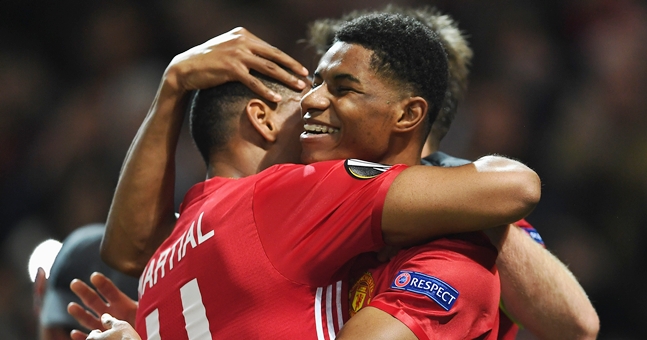 In the lead-up to that match, Butt sat down with ESPN to discuss what it takes for talented young players to make the grade at the 20-time league champions. "I got to where I did because of something else," he notes. "It can't just be talent; there has to be a lot more."

"Talent gets you through the gate here but what will keep you here is character and commitment," Butt added.

"With Scott (McTominay) and Brandon (Williams), that's just character. Character with talent and not talent with character. It's a never-say-die attitude, a will to win. They are both talented footballers, but to get to where they have got is down to their attitude."

Reflecting on his playing and coaching days with United, Butt named one player who he felt could have done so much more. "For me," he said, "the biggest disappointment at this club was Adnan Januzaj,

"I don't think I've seen a player, probably since Ryan Giggs, who was as good as that. He was unbelievable. In my eyes he should have gone on to be a world superstar.

"He's still playing professional football [with Real Sociedad] and he will have a good career. I'm sure he's a millionaire and he won't be going to bed worrying about what bills he's got to pay, but he should have been a superstar."

END_OF_DOCUMENT_TOKEN_TO_BE_REPLACED

As for Januzaj, he has been with Sociedad since 2017/18 and has three assists in 12 appearances this season. He came off the bench in his side's 2-2 draw with Barcelona on Saturday.


popular
"Emotions will be charged" - Sean O'Brien backing Ireland for Triple Crown
O'Donnell sees red for standing his ground before O'Connor settles it
QUIZ: How well can you remember this season's Premier League results so far?
Tyson Fury's official purse for Deontay Wilder fight revealed
"Then we came along and we just won most competitions we were in"
Conor McGregor prepared to risk it all on next fight
“I hope I die every day” - Tyson Fury opens up about his depression and drug abuse
You may also like
5 days ago
Harry Gregg: the goalkeeper who saved a family
6 days ago
Three players Solskjaer wants compared to three Man United are after
1 week ago
Nigeria watches on as Odion Ighalo's Man United dream begins
3 weeks ago
Woodward must "prove us all wrong", not Sanchez
4 weeks ago
Fall guy Solskjaer is not going anywhere
4 weeks ago
If Twitter had been around for Eric Cantona's kung fu kick it might have looked something like this...
Next Page