Neymar is trying his damnedest to get Brazil firing in Russia.

Only Pelé and Ronaldo (Luís Nazário de Lima) have scored more goals for their country than Neymar and the PSG star has several goal-scoring years ahead of him. 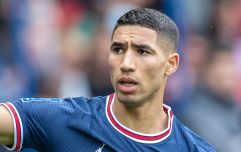 END_OF_DOCUMENT_TOKEN_TO_BE_REPLACED

Having just about regained fitness for the World Cup, the 26-year-old came in for some rough treatment in his side's draw with Switzerland.

Costa Rica knew he was the man to watch like a hawk and kick like an old dog during their Group E encounter. He was fouled five times in the first half and went tumbling in the box on a couple of occasions after the break. 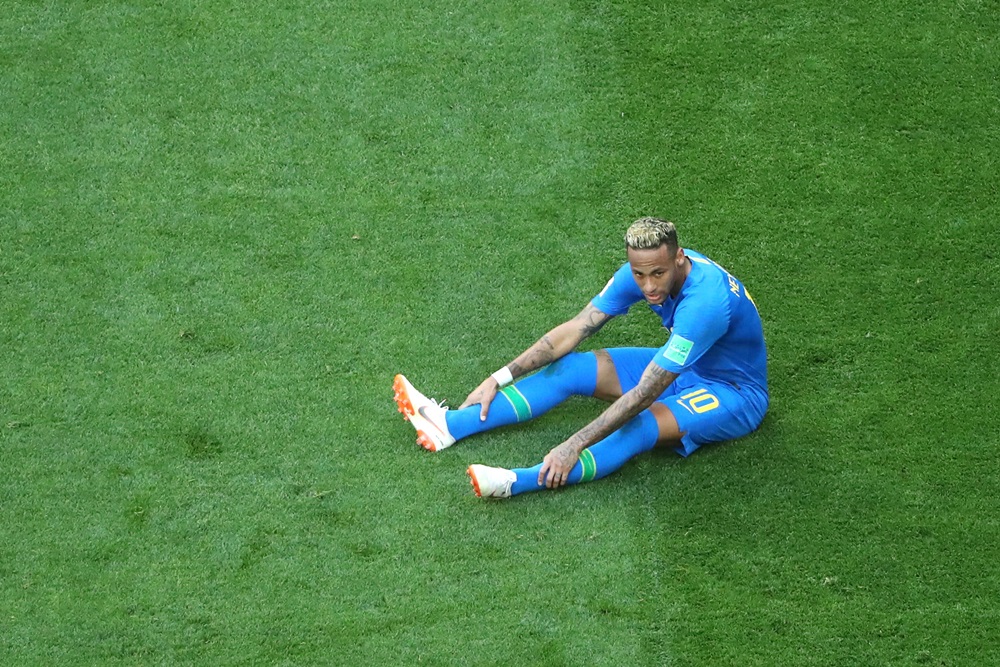 As frustrated as Neymar was, he was out of line on a couple of occasions as he barracked referee Björn Kuipers, called fouls on himself and hacked at a couple of opposition players in frustration. 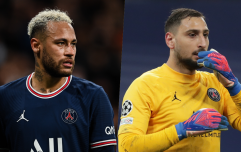 END_OF_DOCUMENT_TOKEN_TO_BE_REPLACED

Feeling, perhaps, that he was being targeted, Neymar then attempted to approach Kuipers in the tunnel at half-time. He shouted after the Dutch ref and had to be restrained by Marcelo. For those actions, he could find himself in trouble.

After the break, Kuipers clearly had enough and told the complaining Neymar to button it:

World Cup referee does something a lot of us have always wanted to do — to tell Neymar to shut up and just play football#BRA #Neymar #WorldCup pic.twitter.com/aWzYSk1Nns

Referee telling Neymar to shut the fuck up.

Neymar went close with an ambitious, curling effort and Gabriel Jesu hit the bar with a header but Brazil looked to get a break break in the 78th minute when Kuipers awarded a soft penalty. The victim? Neymar.

Giancarlo Gonzalez did make an attempt to impede the forward but the former Barcelona star completely over-sold it.

Kuipers awarded the penalty but, upon VAR review, reversed his call.

Neymar was absolutely furious and was booked for dissent - slamming his fist into the ball right in front of the referee - soon after. Kuipers booked Philippe Coutinho for dissent at the same time.

It was Coutinho that clinched the win for Brazil, though, by poking in a breaking ball from six yards out in injury time.

Right at the death, Neymar helped himself to a handy goal to make it 2-0.

Still, Kuipers may want to avoid Brazil on his next holiday.


popular
Rangers legend says he and Roy Keane didn't speak during Man United spell
Chris Sutton praises and throws subtle dig at Rangers after Europa League final loss
The coolest customer in hand-ball hoping to carry on the family tradition for Kilkenny
Rhodri Giggs accuses Gary Neville of hypocrisy over Salford sacking
FootballJOE's Career Path Quiz: #6
"I think there are only five Kilkenny players who are guaranteed to start on any given day" - Cody's motivational methods
Liverpool to hold victory parade even if they don't win another trophy this season
You may also like
5 months ago
Jamie Carragher explains how PSG's star trio will stop them winning UCL
7 months ago
"I don't know if I have the strength of mind to deal with football any more." - 2022 World Cup to be Neymar's last
7 months ago
Kylian Mbappe admits he called Neymar a 'bum' during rant after being subbed
7 months ago
Kylian Mbappe caught on camera complaining about Neymar
8 months ago
Michael Owen claims PSG are a weaker team because of Lionel Messi
9 months ago
Neymar responds to potential Messi reunion at PSG
Next Page