Newcastle are set to make Atalanta wing-back and Germany international Robin Gosens their third signing of the January transfer window.

Following their takeover in October, the Magpies have an embarrassment of riches to spend as they try to stay in the Premier League and have already spent around £37m on both Kieran Trippier and Chris Wood to bolster the squad.

Sky Sports Italy report Newcastle have an agreement in place with Robin Gosens for a three-and-a-half year contract.

The German is set to take home €3.5M per year but an official bid has not yet been presented to Atalanta. pic.twitter.com/oHrTcul1To

Newcastle line up move for Gosens.

Reports in Italy have suggested that Gosens has already agreed terms with Newcastle and will sign on a three-year deal and earn roughly €3.5m a year - tripling what he currently earns in Italy. 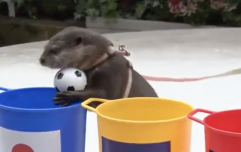 END_OF_DOCUMENT_TOKEN_TO_BE_REPLACED

The German would prove to be yet another significant addition to Eddie Howe's squad, prising him away from a side regularly competing in Europe. They will also reportedly have fended off interest from some of the biggest clubs in the continent, including Manchester City, to win his signature.

The 27-year-old operates as either a wing-back or left midfielder and has an eye for goal, finding the net 11 times in Serie A last season, as well as registering six assists. 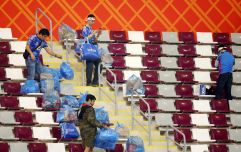 END_OF_DOCUMENT_TOKEN_TO_BE_REPLACED

He was also a member of the Germany squad for last summer's European Championships, in which he caught the eye, playing four times whilst scoring one and assisting twice during an emphatic 4-2 win against Portugal.

Gosens has struggled for fitness this campaign and hasn't played since October after suffering a hamstring injury, featuring just six times this year for Atalanta.


popular
Ireland team to play Wales: Andy Farrell's XV, the big calls and bold cuts
Jaden Sancho can't hide his smile as Old Trafford give heartwarming reception
Everton release brutal 59-word statement to confirm Anthony Gordon departure
Five confirmed changes and guidelines to have big impact on 2023 Six Nations
Discontent over Netflix access for Six Nations documentary as Johnny Sexton focuses on his Last Dance
"Every team did it!" - Paul O'Connell on Roy Keane comment to Ronan O'Gara that he couldn't deny
Owen Farrell praises Johnny Sexton in revealing interview ahead of Six Nations
You may also like
2 months ago
"Do it! Do it!" - Roy Keane says Germany gesture "a start" but wants more protests
2 months ago
German FA considering legal action against FIFA over OneLove armband
2 months ago
Manuel Neuer reveals he has had skin cancer
3 months ago
Jamie Carragher couldn't resist texting Hamann after Klopp's comments
7 months ago
England fans arrested in Munich for Nazi salutes before Germany clash
1 year ago
Bundesliga side forced to deny rumour that manager peed on new American signing in initiation
Next Page