It was bound to happen at some point.

Liverpool were the first top flight club in English football to have a kit sponsor, back in 1979.

They agreed a £100,000 tw0-year deal with Hitachi, but were only allowed to wear the branded shirts in non-televised games, and not at all in either Europe or the FA Cup.

END_OF_DOCUMENT_TOKEN_TO_BE_REPLACED

Since then, corporate sponsors on shirts have not only become the norm but are almost fetishised by way of nostalgia. Retro shirts are remembered as fondly for the name on the front than the actual vintage or design. Arsenal fans recall JVC kits with fondness, Man United fan adore the old Sharp shirts.

But the era of one single sponsor sitting proudly on a Premier League football shirt is over. The Mirror report that from next season, clubs have been given the go-ahead to have sponsors on their sleeves as well as chest.

"The shirt sleeve used to feature the Premier League logo and title sponsor. But the decision was made to do away with the title sponsor - most recently Barclays - from the start of this term. The Premier logo will still feature on the left sleeve with the advertising on the right."

END_OF_DOCUMENT_TOKEN_TO_BE_REPLACED

It's the first extra sponsor allowed on English top-flight kits in nearly 40 years and could swell club coffers by as much as £10m-a-year. Perhaps it's the start of F1 style advertising everywhere as footballers become walking billboards. 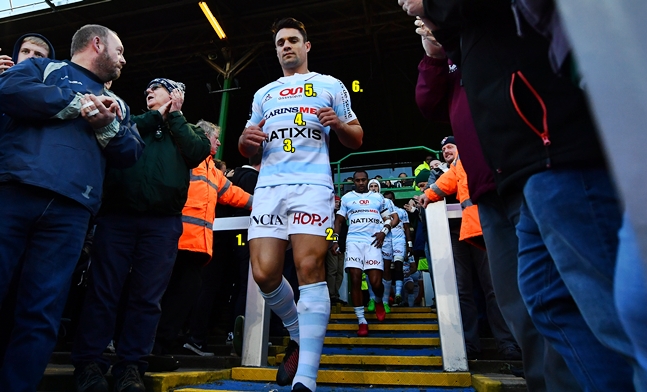 
popular
Peter O'Mahony riled by "petulant s**t" as Munster toasted by Dragons
The clear-cut differences between what Stephen Kenny and Dara O'Shea said, last night
Grim injury news for Seabelo Senatla after Bundee Aki's red card clear-out
Only fans with a wide range of Irish football knowledge will get full marks in this quiz
The largely ignored reason Ireland rely on James McClean and Jeff Hendrick so much
You'll be doing well to get 20/20 in this 2000s Gaelic footballers quiz
Kevin Cassidy believes former teammate should be the next Donegal manager
You may also like
1 week ago
Nathan Collins 'waited in the tunnel' for Jack Grealish after red card for high tackle
1 week ago
Why have some Premier League games been postponed this weekend?
1 week ago
Your guide to a great weekend of football and rugby and how to stream it all
2 weeks ago
English football could be postponed for a second weekend
2 weeks ago
Thomas Tuchel releases emotional statement after Chelsea sacking
2 weeks ago
Fears of fans disrespecting the Queen 'was a factor' in football postponement
Next Page