He also singled out one Manchester United player for particular praise.

In a post-game interview on RT, Mourinho hailed caretaker manager Solskjaer, for his "phenomenal performance" at his old club, adding that "if the responsibility is on the bad days are for the managers, then the responsibilities for the good days should also".

The Portuguese coach also credited the determination of the Manchester United players as the driving force behind the win.

He said: "Manchester United had four shots during 95 minutes, and in four shots scored three goals, and PSG had almost 70 per cent of ball possession, had more than 10 shots, and they scored only one. 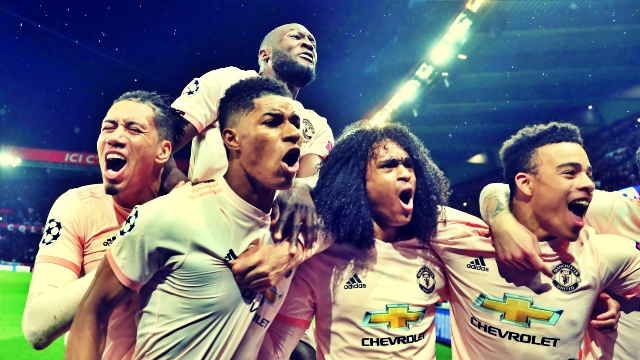 END_OF_DOCUMENT_TOKEN_TO_BE_REPLACED

"That’s the pragmatic way of looking at football, Manchester United scores three, and they deserve to go through."

Solskjaer has won 14 out of his total 17 matches at United since he joined the club in mid-December. However, to come back from a 2-0 loss at home is his biggest success to date.

The victory came after Manchester Utd were awarded an injury-time penalty that was slotted home by Marcus Rashford.


popular
Can you name every English football club that begins with 'W'?
The SportsJOE 12 o'clock quiz | Day 106
SportsJOE 2000s Football Quiz | Round 9
QUIZ: Name the country these football teams play in
How Connacht could line up after summer of massive change
The SportsJOE 12 o'clock quiz | Day 105
Ronan O'Gara shares class Johnny Sexton story ahead of World Rugby awards
You may also like
6 days ago
'Pogba seems to really appreciate having someone in there who's taking the limelight'
2 weeks ago
Uncomfortable truth about Roy Keane swipes at De Gea and Maguire
4 weeks ago
'I never liked Eric Cantona... but he was my favourite player' - Neil Ruddock
4 weeks ago
10 Liverpool players Manchester United fans loved to hate
3 months ago
The Ultimate Manchester United Treble-Winning Quiz
4 months ago
"The day Dean Henderson comes back, he's obviously fighting to play"
Next Page