Michael Owen made the sensational claim that Liverpool defender Virgil Van Dijk is the greatest centre-back of all time.

Owen was speaking on BT Sport ahead of Liverpool's Champions League semi-final second leg tie against Villarreal as they look to continue their push for a historic quadruple.

In the build-up the punditry team were talking about the impact of Van Dijk since his move to the club from Southampton.

Van Dijk has been near-perfect since joining from Southampton

Since the Dutchman's arrival from the South Coast, the Reds have gone from strength to strength, winning their first league title in 30 years, their sixth Champions League title as well as a League Cup victory too.

While his impact at Liverpool is undeniable, Owen believes he is so much more than just a quality centre back for Liverpool, but in fact nobody compares to him. 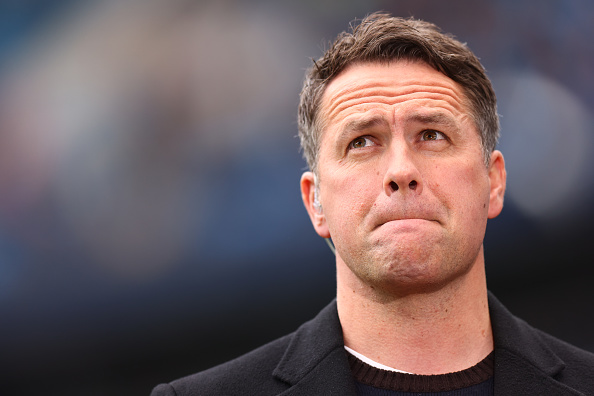 'As a one off, I look at him and think: how can you get any better than that?'

It started after fellow pundit Rio Ferdinand initially stated that Van Dijk "is the best centre back on the planet right now," causing the former Liverpool striker to go one step further.

END_OF_DOCUMENT_TOKEN_TO_BE_REPLACED

"Well I’d go further. I think he’s the best centre-half of all time," he said.

The former Ballon d'Or winner was then asked to expand on his claim. "He probably scored a few more goals, not much, but we’re talking about the greatest here," Owen replied.

"As I’ve said, Rio was the best centre-half I ever played with. But with Van Dijk, as a centre-forward I look at him and think: what do you do against him?

"I just felt happy to be in the conversation." 🤷‍♂️

"Virgil Van Dijk is the best centre back on the planet right now." 🔝🌎@themichaelowen shares why he thinks Liverpool's rock at the back is even better than prime @rioferdy5...#UCL pic.twitter.com/WtuyENlZjJ

"The only thing that goes against Van Dijk at the moment – and I stress, at the moment – is his winners’ medals. He’s only won one Premier League and one Champions League.

"People like Rio and [Paolo] Maldini and [Franco] Baresi and people like that who you might consider the greatest, they’ve all got numerous. So that’s the only thing that goes against him.

"But as a one off, I look at him and think: how can you get any better than that?"


popular
Ireland set for 82,000-seat World Cup opener as Arsenal reject huge Katie McCabe bid
"Every team did it!" - Paul O'Connell on Roy Keane comment to Ronan O'Gara that he couldn't deny
Owen Farrell praises Johnny Sexton in revealing interview ahead of Six Nations
Everton release brutal 59-word statement to confirm Anthony Gordon departure
"It's crazy to think Bundee Aki might come straight in and start against Wales"
Shane Lowry confirms amicable split from caddie after four and a half year partnership
Two Ireland stars included in Premier League's 'young English XI'
You may also like
1 week ago
Liverpool reportedly selling Caoimhin Kelleher for Jude Bellingham funds
1 week ago
Steven Gerrard offers his personal service to help Liverpool sign Jude Bellingham
1 week ago
Steven Gerrard makes interesting claim about Graham Potter's signings
1 week ago
Liverpool's owners have made a massive decision on the sale of the club
1 week ago
The best five-team accumulator weekend special for the Premier League
2 weeks ago
Gary Neville: "Jurgen Klopp is equal to or better than Pep Guardiola"
Next Page