Northern Ireland manager Michael O'Neill has moved to clarify comments he made last week where he accused the FAI of only targeting catholic players in Northern Ireland.

O'Neill was roundly criticised for his remarks where he said that he can list 10 players who have swapped allegiances and have never represented the Republic at senior international level.

The former Shamrock Rovers manager moved to clarify his stance on Monday and  said that the issue of eligibility is a football issue and not a matter of politics or religion.

"Before I talk about the squad, I'd like to make a statement addressing some of the issues that have been reported in the media recently around player eligibility," said O'Neill after naming his squad for this month's friendly with South Korea.

So Michael O'Neill has a problem with the Republic of Ireland taking Irish citizens... @ConanDoherty writes https://t.co/PsOHdMjVHl

"This will be the last time that I discuss this issue in public as my views are continually misrepresented by sections of the media. I will not be taking any questions other than in relation to the upcoming game against South Korea.

END_OF_DOCUMENT_TOKEN_TO_BE_REPLACED

"During a recent interview, I was questioned about the issue of eligibility. Contrary to how it was reported, I did not attack the FAI - I merely responded to the questions I was asked.

"Recent media reports have sparked much opinion, particularly around the rights of players born in Northern Ireland to be free to choose for whom they wish to play. I have never disputed that right. Nor have I ever been critical of a player for exercising that right.

"The FAI correctly states it has broken no rules in approaching young Northern Ireland players.

END_OF_DOCUMENT_TOKEN_TO_BE_REPLACED

"My concerns lie specifically with players aged 17 to 21 in the underage set-ups.

"I've seen a heavy price paid by too many talented young players - players who have transferred their allegiance to a country that ultimately doesn't rate them nor play them, creating an international vacuum for the player that signals a wholly different outcome to the career that they might have had.

"My request, therefore, to the FAI and to any other association is that: that if a young player has chosen to represent Northern Ireland at Under 17, Under 19 or Under 21 level, that he is allowed to develop in these crucial formative years without the responsibility of having to make a decision regarding his international allegiance that is binding for the rest of his career. My request extends to any country, not just the Republic of Ireland." 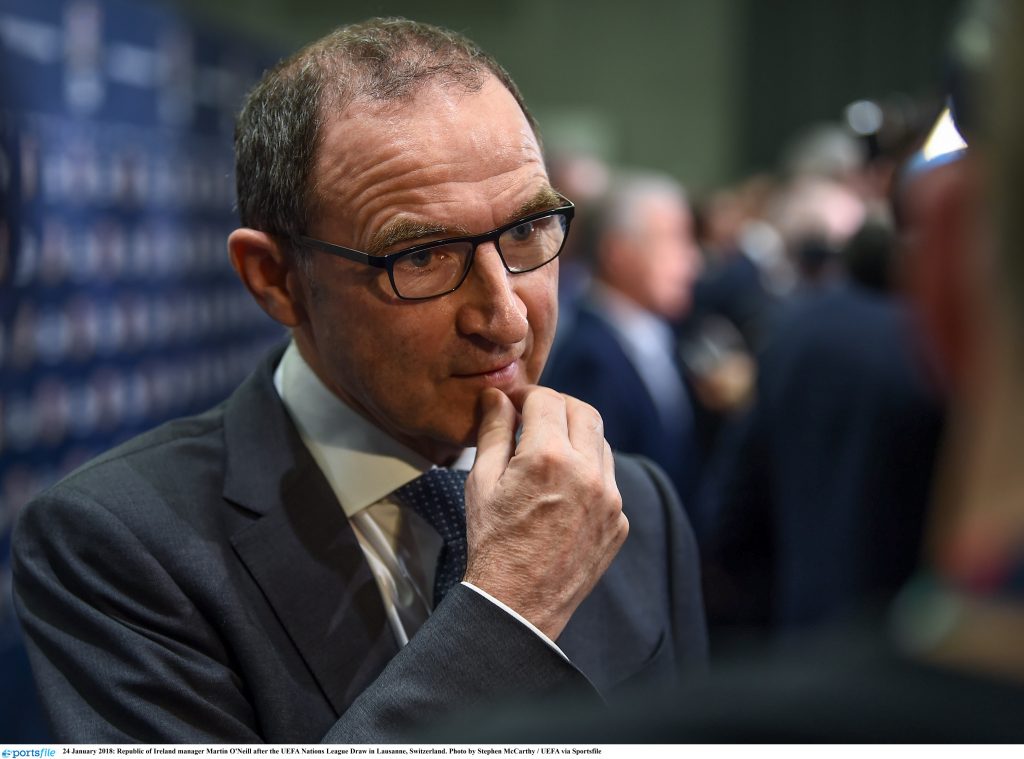 Republic of Irelanad manager Martin O'Neill responded to his namesake's claims after naming his squad ahead of this month's friendly with Turkey.

The Ireland boss highlighted that he has never tried to take a player away from Northern Irish football during his time as Ireland manager and that he was surprised by his counterpart's comments.

“If they are remarks on my time here, I think that would be untrue," said O'Neill. I haven’t even taken a player away from him at senior level, but I’ve no problem having a discussion.

“Funnily enough, I did meet him at a game quite recently. We were watching Fulham play at Craven Cottage. We had a very trivial conversation and he never mentioned these points — I wish he had done privately.

“It was a surprise, but I’ve had a conversation with him since and he has admitted that I have not taken a senior player from him. In fact, it’s quite the opposite as Alex Bruce went to him in my time here.

“I’ve no problem having a conversation about underage level, but to bring religion into it… I think that’s something you have to ask Michael about.”


popular
Sean Dyche set to be named Everton manager after Marcelo Bielsa talks break down
Roy Keane flatly rejects longstanding perception of ex-Man United midfielder Paul Ince
Allianz National Football League Round 1: All the action and talking points
Roy Keane leaves ITV pundits in stitches after Pep Guardiola's pre-match interview
Conor McGregor hit by car ‘at full speed’ while cycling
The two toughest calls in Ireland team to face Wales are in the backline
Quiz: Identify these 15 football clubs that are not named after a place
You may also like
1 month ago
Roy Keane cracks ice cold Ireland joke after France lose World Cup final to Argentina
1 month ago
Ireland reportedly line up Lee Carsley as next national team manager
1 month ago
Talksport presenter puts Martin O'Neill to the pin of his collar over Declan Rice and Jack Grealish
1 month ago
UEFA fine FAI €20,000 for Ireland dressing room song
1 month ago
The 10 England World Cup footballers who could have played for Ireland
1 month ago
Shay Given on how far Ireland could've gone at the 2002 World Cup with Roy Keane in the team
Next Page