"For a young man of 19 to dictate the middle of the park like he did was terrific."

Declan Rice earned rave reviews for his performance on Sunday. The 19-year-old started in central midfield for West Ham and played a key role in securing his team's first win of the season. The Hammers beat Everton 3-1 at Goodison Park.

Andriy Yarmolenko scored twice on his first start since joining the London club for £22m from Borussia Dortmund in the summer. West Ham talisman Marko Arnautovic got the final goal of the game to secure the three points for Manuel Pellegrini's team. 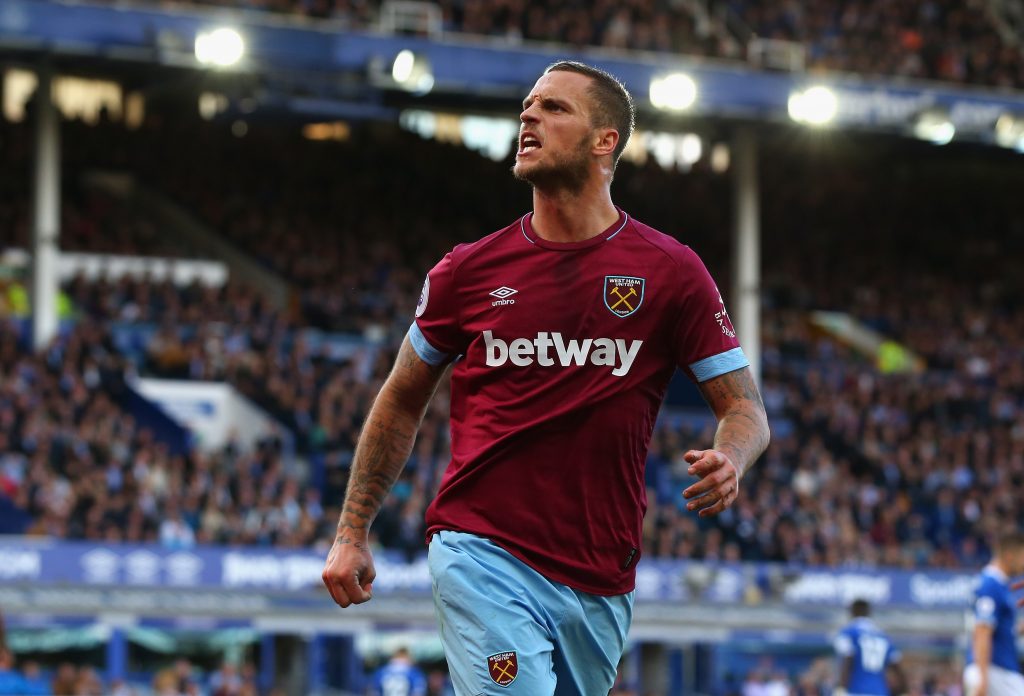 END_OF_DOCUMENT_TOKEN_TO_BE_REPLACED

However, it was the performance of Rice and his midfield colleagues that was highlighted by the Match of the Day 2 pundits, Jermaine Jenas and Leon Osman.

With Jack Wilshere injured, Rice started in midfield beside Mark Noble and Pedro Obiang and he showed why there are two countries interested in securing his international allegiance.

The Londoner barely put a foot wrong. He read the game extremely well, making several timely blocks, clearances and interceptions, helping to protect the Hammers defence. Rice was also neat in possession and proved central to his team's victory.

It's rare to see a teenager play with such composure and discipline in a Premier League match, rarer still to see him dictate proceedings in central midfield. But that's exactly what Rice did on Sunday afternoon. 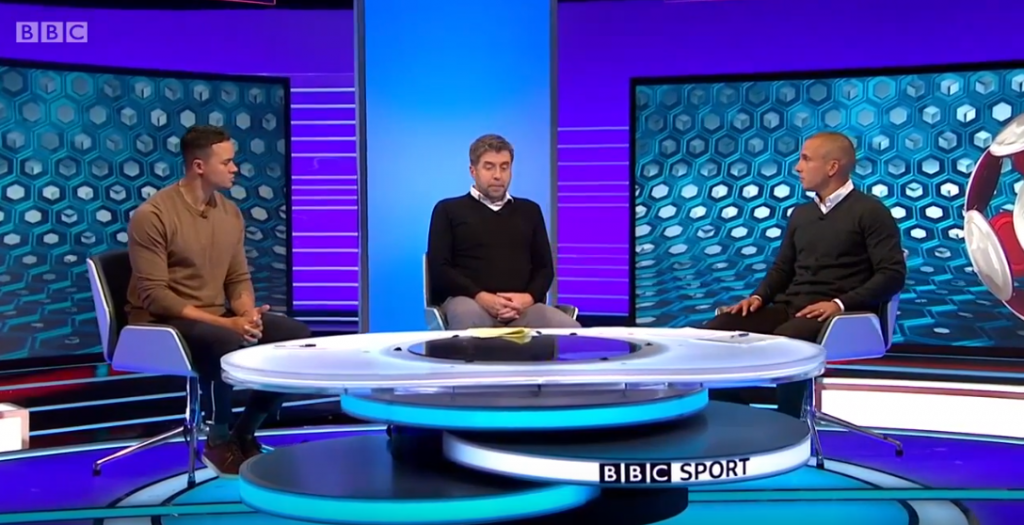 "They've been heavily criticised so far for some abject performances. Pellegrini has made a lot of changes trying to find the answer and today he may have just found it. The midfield three really did work together.

"Declan Rice in particular, for a young man of 19, he really did dictate how the middle of the park went. He was good in possession."

"Here, you see how effective he was out of possession. reading the game." 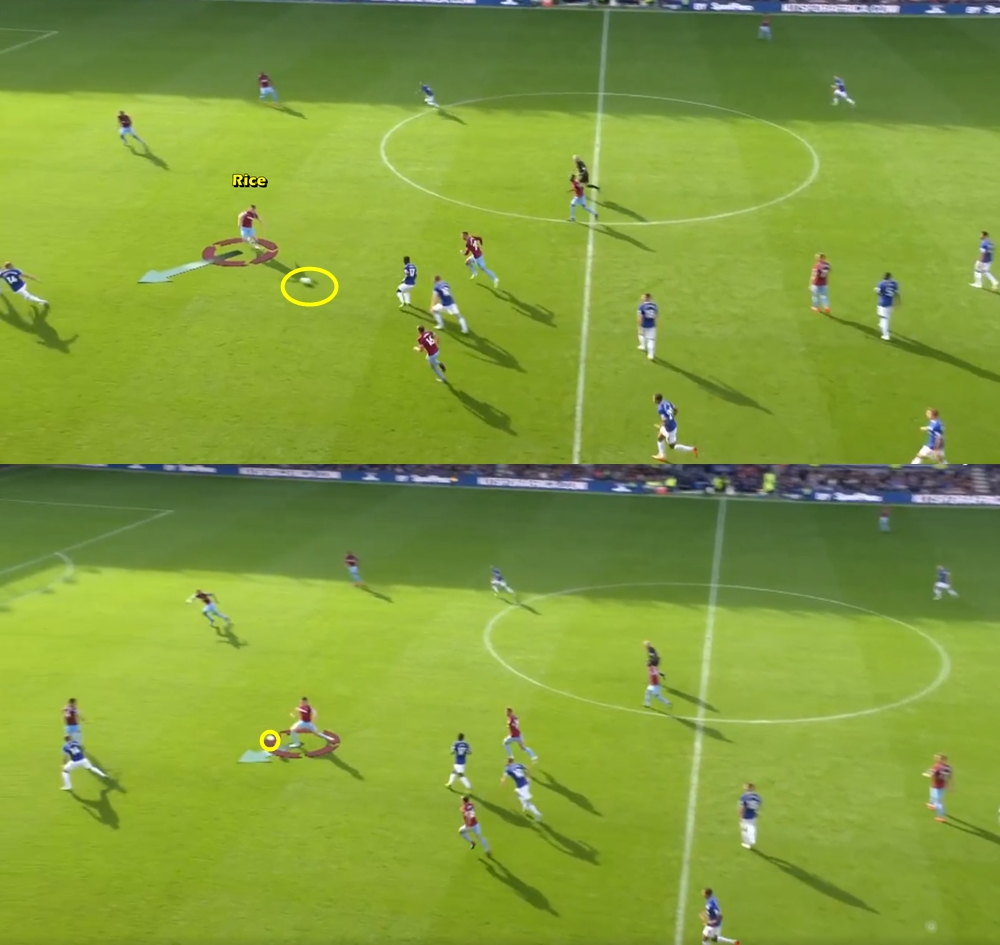 "As I said, for a young man of 19 to dictate the middle of the park like he did... was terrific."

The former Everton midfielder went on to highlight how Rice filled in space when gaps appeared in West Ham's defence.

And said that Rice's display, alongside Obiang and Noble, was the key factor in the Hammers first win of the season.

"Yes, the front players will get a lot of credit, but I think that (West Ham's midfield) was what made the difference." 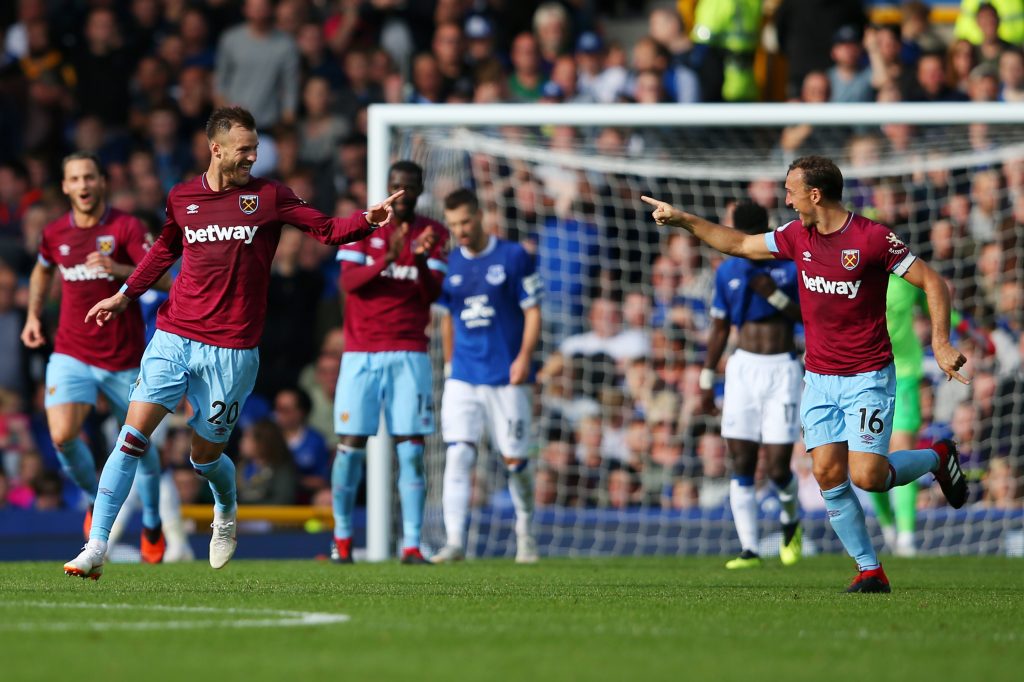 Jenas said that the midfield trio provided the balance that Pellegrini had been searching for since taking charge during the summer.

"He has had various different players in there, whether it's Wilshere or Noble, or Rice. Sometimes he's gone with Wilshere and Noble on their own. But today, I thought it was the perfect blend and perfect balance.

"He had that combative nature with Declan Rice, who put his foot in and was good on the ball. Then he also had the legs and energy with Obiang, and that composure and experience with Noble. It helped every element of how West Ham played." 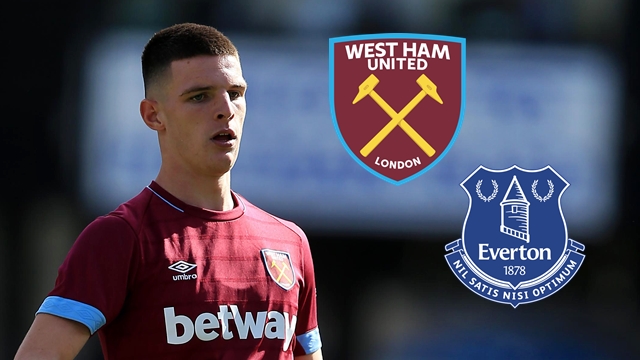 There was a strong reaction to Declan Rice's performance against Everton

When news broke that Rice was deliberating over his international future amid interest from England, the country of his birth, Irish football fans appeared to be split down the middle.

Some accepted that, despite his three caps for Ireland team, Rice was right to take time before making such a big decision. And they would welcome him back to the Ireland team, should he decide to remain with Martin O'Neill's side.

Others claimed that the decision should be taken out of Rice's hands. If he needed time to choose between countries, then he evidently had no business playing for the Irish national team. 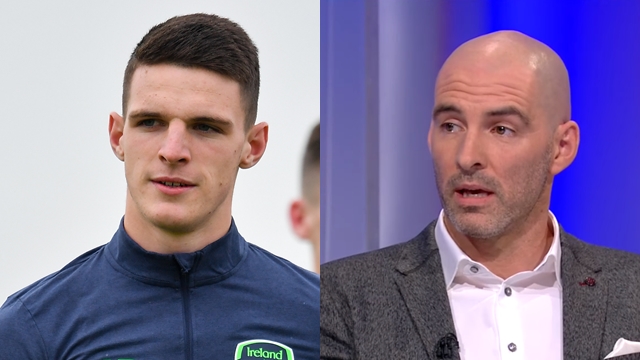 "Are you saying we don't want that outcome now?" Declan Rice won't be part of the Republic of Ire...

One of the more curious reactions from a minority of fans was that Ireland didn't need Rice anyway. That, if he couldn't get a game for West Ham, we shouldn't be desperate for him to stay with the national team. Such a view made no sense at the time and now looks baffling.

Ireland can't afford to overlook any Premier League player available to them, never mind a teenager dictating games in central midfield away from home.

The idea that Rice isn't good enough for England is also questionable. Gareth Southgate's assistant manager Steve Holland was in Goodison Park on Sunday afternoon and Rice's performance will undoubtedly have caught his eye.

He may not be ready to start for England now, but another 10 performances like the one he put in on Sunday, and Rice will be in contention for their squad. A couple of years from now, he could be starting in either central defence or central midfield for them if he continues to progress as he has so far.

England also don't have many teenagers dictating play from central midfield in Premier League games. Never mind one who is naturally a central defender, as Rice is.

There have been reports that O'Neill is due to meet with Rice this week. The Ireland team badly need him to ignore England's advances, as Sunday's performance showed.

You can watch Match of the Day's analysis clip here:


popular
"I've never seen anything like it" - Pitiful Manchester United reach new low at Brentford
Gary Neville highlights Erik ten Hag decision that 'backfired spectacularly' at Brentford
"He can add something to our attacking line up" - Jamie Clarke signs for Northern Irish soccer club
Barcelona allowed to register four new signings, but Jules Kounde misses out
Ranking the best county GAA songs of all-time (32-1)
"I’ve never heard someone say something as stupid” - Katie Taylor blasts Jake Paul's rematch comments
Erling Haaland registers strange statistic on home debut as Mark Travers keeps the City score down
You may also like
17 hours ago
Rio Ferdinand's greatest Premier League starting XI has some strange selections
18 hours ago
The biggest and most shocking omissions as fans select Premier League all-time XI
1 day ago
Your guide to a huge Premier League weekend and how to stream it all
2 days ago
The reason why Everton won't have the club crest on their third kit
3 days ago
Man United target two new forwards as desperate search for a striker goes on
5 days ago
Roy Keane questions Man United's leadership after latest transfer link
Next Page