"Perhaps I would've expected the call from him..."

Add Mark Sykes to the list of players who have Northern Ireland underage caps but chose to represent the Republic of Ireland when it came to making a senior level call.

Northern Ireland manager Ian Baraclough announced his squad for the upcoming Nations League fixtures and Sykes' name was not included. The 23-year-old midfielder informed Baraclough, over the weekend, that he intended to play his senior international football for the Republic.

END_OF_DOCUMENT_TOKEN_TO_BE_REPLACED

The Belfast native had previously been named in two senior Northern Ireland squads but was uncapped at senior level. He has 11 Northern Ireland U21 caps but is opting to follow a path taken by the likes of Shane Duffy and James McClean by switching allegiances.

Sykes was not named in Stephen Kenny's Nations League squad, which was announced earlier today, but will be hoping to catch the eye, in League One, with Oxford when the 2020/21 season starts.

In an interview with UTV, Baraclough expressed his disappointment in Sykes' decision but wished him well, in his club career at least, for the future. Baraclough commented:

"I've spoken to Stephen [Kenny]; I've made that call. Perhaps I would've expected the call from him but I made that call, and that [conversation] will remain private. We'll see. The rules are what they are at the moment and we don't, pretty much, agree with them.

"To develop a player from a young age - and the time and finances that go into it as well - I'm very disappointed that [another] young kid could have missed out on a place that Mark has taken throughout those age groups. And at the end of it, Mark has gone off and chosen to play for another country. That's the disappointment we all feel in the association." 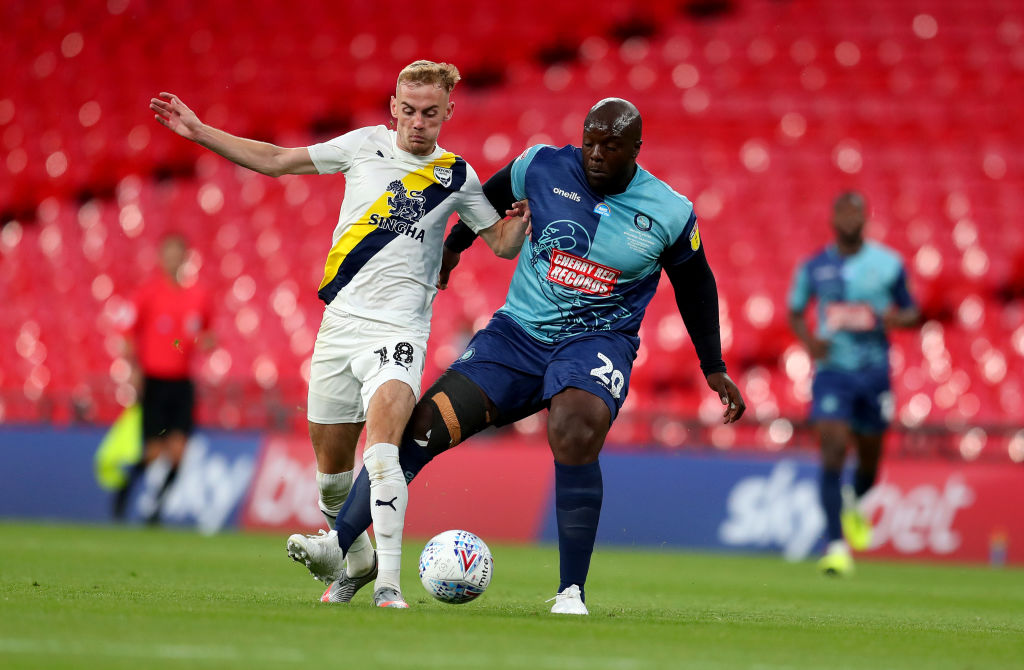 Mark Sykes of Oxford United is challenged by Adebayo Akinfenwa of Wycombe Wanderers during the Sky Bet League One Play Off Final at Wembley Stadium in July. (Photo by Catherine Ivill/Getty Images)

END_OF_DOCUMENT_TOKEN_TO_BE_REPLACED

Baraclough says that unless Fifa are to change their position on players being able to play underage for one country and switch to another for senior football, Northern Ireland will continue to take similar hits.

There were several phone calls with Sykes over the weekend, he says, but the player's mind was made up. "I disagree with it and the outcome of it," Baraclough added. "He had a bright future with Northern Ireland." Looking forward, the Northern Ireland boss said:

"I hope it doesn't de-rail his career. I hope he goes on to have a great club career and can develop from here. But I don't think the system has served him right. He had a decison to make and felt like he had to make a decision [now] and, as I've said, we're very disappointed."

Ireland manager Stephen Kenny is holding press briefings today, after naming his senior squad, and he is expected to address the Mark Sykes situation.